Notice: curl_setopt(): CURLOPT_SSL_VERIFYHOST no longer accepts the value 1, value 2 will be used instead in /home/admin/web/eastrussia.ru/public_html/gtranslate/gtranslate.php on line 101
 How hard it is for immigrants five years after the move - EastRussia | Analytics of the East of Russia
News February 20 2020
Kamchatka 13:27 Trutnev: Kamchatka pulls the Far East back
Primorsky Krai 12:16 Shoot wild boars due to ASF virus going in Primorye
11:45 Airlines will receive compensation for the suspension of flights to China


The Republic of Sakha (Yakutia) 05:00 The bridge over Vilyui in Yakutia will begin to be built in 2021
04:36 China has proposed to treat coronavirus with a Soviet-developed drug
More news
Media News2
HOME Analytics 13.06.2019

Far East Little Russia: how Ukrainians live in the DFO

In the 2014 year, amid the war and the economic crisis, hundreds of thousands of Ukrainians moved to Russia. 360 thousand people received new citizenship, several thousand settled in the Far East. The EastRussia agency found out whether it has become home for Ukrainian settlers in five years, and how hard it was for them to live a new life in distant lands. 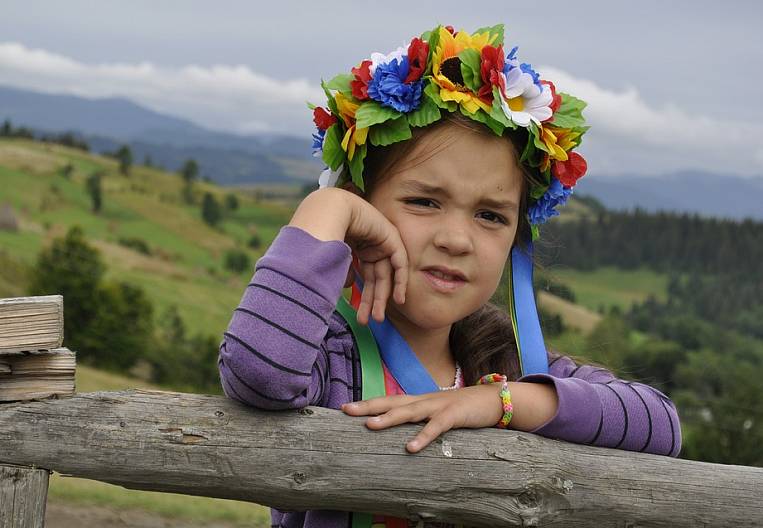 Now Ukrainians are leaders in obtaining Russian citizenship in the Far East, leaving behind representatives from Armenia, Tajikistan and Uzbekistan. More than 16, thousands of Ukrainian citizens took part in regional resettlement programs for compatriots from 2014 to 2018 a year. Over the past two years, over five thousand of them received Russian citizenship; this year, new passports in the Far East were given to several hundreds of immigrants from Ukraine.

However, not everything is going smoothly for them - only a little more than half of those who moved from 2014, received citizenship. The rest - either returned to their homeland, or are still waiting for new passports.

According to regional departments of the Ministry of Internal Affairs, so far only a few dozen citizens of the LC and the DPR have applied in the Far East with a statement about obtaining Russian citizenship in a simplified manner, which was approved by Russian President Vladimir Putin at the end of April 2019.

Getting RWP in the Far East proved to be an easy task for many. Specialized centers “for refugees” in the regions were initially absent, which is probably why there are no citizens with such status in the Far East. For example, in the Primorsky Territory, the last temporary accommodation for the citizens of Ukraine, who arrived in an emergency-mass order, closed in the 2016 year. This caused a new problem - fictitious registrations. The immigrants rented houses and apartments from private traders, however, they did not prescribe "guests", so as not to "shine" in the tax.

As a result, due to the lack of even temporary registration, Ukrainians are denied Russian citizenship. You have to seek help on the side or buy a residence permit. Such problems still exist in all Far Eastern regions. Representatives of the Ministry of Internal Affairs hope that the update in the Federal Law on Citizenship, which entered into force in March of this year, will help to solve it. They are just aimed at simplifying the procedure, and in fact they mean registration upon the application for arrival at the place.

Andrei and Anna Petrichenko’s family fled from near Lugansk to Sakhalin, where Andrei’s parents lived. By the life of the island, the young people were quite ready, the head of the family was the builder, so he found work immediately. But it turned out to be difficult to join the program of resettlement of compatriots - they received registration for the first time through friends at a small camp site, later they had to register their registration for money - 15 thousand rubles per year per person. Today, five years later, all of them - citizens of Russia, bought a house near Yuzhno-Sakhalinsk and got a permanent residence permit there.

Representatives of public organizations of the Far East admit that it was precisely because of problems with registration that about half of Ukrainians left the FEFD. Someone, even having received citizenship, then moved to Moscow, St. Petersburg or the Crimea.

“Many questions on temporary registration could be resolved back in the 2014-2015 years at the federal level. Unfortunately, our appeals did not give any results, ”said Tatyana Tkachenko, the head of the public organization Center of Ukrainian Culture Anatoly Krill, Gorlitsa, Primorsky Krai.

The Primorsky and Khabarovsk Territories became the leaders in the reception of Ukrainian immigrants in the DFO. In Primorye, Ukrainians most often chose Artem, Nakhodka, Ussuriysk. As the experts explain, the whole point is that in these cities, along with Vladivostok, the infrastructure is most developed, besides, 40% of vacancies announced to the employment service agencies fall on these territories. A significant number of immigrants from Ukraine also settled in Nadezhdinsky, Mikhailovsky and Partizansky areas.

One of the settlers told how, in Primorye, after moving, her daughter was helped to continue her studies at the Vladivostok College of Music, and to enter the Far Eastern Academy of Arts. The classmates of the girl from Kramatorsk, who had good chances to study at a music school in Kharkov, could not enter there - they were immediately given a mark because they came from a rebellious region.

In the Khabarovsk Territory, the displaced persons made a choice in favor of the regional capital (47,1% of the total number of immigrants) and Komsomolsk-on-Amur (18,4%). An influx of program participants and their family members also occurred in the Verkhnebureinsky district (16,2%). In the regional government this is explained by the presence of jobs in this territory - a significant part of those who arrived in the region in 2014-2018 had mining professions, so they were employed by the only coal mining company in the region - Urgalugol JSC.

In the Amur region, Blagoveshchensk, Tynda and Shimanovsk became the most popular among the immigrants from Ukraine. Migrants in Yakutia more often found work in the Neryungri district. On Sakhalin, 55% of arrived compatriots from Ukraine chose Yuzhno-Sakhalinsk for permanent residence, they also found a new home in Nevelsk (9%), Uglegorsk (8%), Korsakov (7%), Kurilsk (6%) and Kholmsk (5 %). In Kamchatka they settled in the regional capital and the Elizovsky municipal district.

Searching for a job

The government of the Magadan region does not hide the fact that, thanks to the resettlement of people from Ukraine, more qualified specialists have become in the region, the demographic situation has also stabilized to some extent. Those who arrived are people of the 25-45 age with high and secondary specialized or technical education, as well as with experience, who know the Russian language well. However, not everywhere the situation was so rosy.

Applying for a job in their specialty became for many more another problem after moving to the Far East. Over the past five years, about nine thousand people have officially got a job. The leaders in employment were Primorye (2850 people) and Khabarovsk Territory (2189 people). Sakhalin and Magadan regions actually share the third place on this indicator - 1219 and 1235 employed, respectively.

An obstacle in obtaining a position was the lack of professional or additional education. More than 30% relocated on an emergency basis in 2014-2015 had no professional education. For example, the Sakhalin Oblast Agency for Labor and Employment mostly sought additional knowledge. For five years, in the island region, training has been organized for 220 resettlement program participants and their families.

About half of those who came from Ukraine to the Far East went in search of work in state employment agencies, and only half of those who applied were employed there. Most of the people found and find work on their own.

Teachers had to confirm their documents on vocational education and pay a fee for the certificate, which is sent from Moscow. Ukrainian specialists with similar documents were taken to schools and kindergartens. Although one of the interlocutors of EastRussia said that she had only been employed at the school on duty, she could not work as a teacher in Vladivostok over the years. Doctors, nurses and pharmacists still need to pass special exams to get a certificate in organizations authorized to conduct the relevant exams. In the Far East, they are located only in Khabarovsk and Vladivostok.

“At the end of 2014, when it became clear that it was time to leave, my then future husband, Sergey, moved to Khabarovsk, where his distant relative lives. When the work became more or less clear, Sergey called me to him. The issue of registration, obtaining RWP and further official employment was very serious. Sometimes it was surprising why people from Central Asia can work in large grocery stores and household appliances centers, and we are like lepers. In the migration service, to make an appointment, they queued up literally at 3: 30 am. The process of obtaining Russian citizenship took two years - from the time of arrival in the Khabarovsk Territory to the delivery of a Russian passport. Today our little daughter is already growing up - she, too, is now a Russian. I am on maternity leave and receive due payments because before the decree was officially employed. The spouse has a permanent and official earnings. Of course, a mortgage is expensive, but we still have a chance. Here we can afford to buy a car. In Kharkov, they could not even conceive of such luxury. In the summer, we are waiting for our mother, we hope we can leave her with us, and maybe get citizenship, ”admitted another IDP Elena Elenaichenko.

Today, migrants from Ukraine are engaged in the wholesale and retail trade, services and catering. They work at the enterprises of the mining industry and energy, in transport and construction organizations, in agriculture, housing and communal services, manufacturing, in medicine and education, culture. Compatriots open their own business in the Far East: they find themselves in construction, domestic services, open real estate companies, retail boutiques, hairdressers, start their own production.