Notice: curl_setopt(): CURLOPT_SSL_VERIFYHOST no longer accepts the value 1, value 2 will be used instead in /home/admin/web/eastrussia.ru/public_html/gtranslate/gtranslate.php on line 101
 Far Eastern hectare: how to make a plot of land - EastRussia | News Primorsky Krai
News January 24 2020
17:27 In Russia, they want to reduce the tax for receiving accumulated pension
16:04 Russian cadets will take part in the celebration of the Republic of India Day
15:08 The enterprises of the military-industrial complex will write off debts

The Far East hectare: it's begun!

The first experience with the site Nadalnivostok.rf - in the material EastRussia

Finally, with 1 June for the Far East, an opportunity is open to get a free hectare in the Far East. According to official reports of the Ministry of Regional Development, in the first hours the application count from the Far East went to dozens. Among the readers of EastRussia while active citizens who made an application for the site, was not found (although a bottle of champagne was offered as a gift). The search continues, as well as an attentive attitude to the topic itself, which promises to become almost a turning point in the contemporary history of the Russian Far East.

It cannot be said that throughout its development, the law on “Far Eastern hectare” aroused great enthusiasm among the Russian population, in any case, the part of it that is the most “talkative” and informational. Opinions were very different, and more inclined in skepticism and the search for possible negative consequences, rather than in assessing the benefits. It was fun to watch this process - people who are already comfortable enough, vied with each other, argued that no one needs a hectare, and that it will be much less useful than harm. The voice of those to whom the option really turned out to be interesting, we begin to hear only now - in their applications, in their real actions, in the first reports on TV. In their willingness to take risks, regardless of any kind of state guarantees for support, infrastructure sites, etc.

Activity of the Far East in the first day of the law was noticeable. Regularly there were reports that the portal nadalniyvostok.rf "lies down", unable to withstand the influx of visitors. Correspondent EastRussia was able to enter the portal without problems, register, rotate the map along and across. It was necessary to deceive a little system, which on the move produces a "disclaimer" - "Confirm that you are actually registered in one of the pilot territories." By clicking "Yes" - regardless of the valid residence permit - you get the opportunity to look at the plots, draw borders, compare with each other. In our case, the system crashed when trying to go directly to the registration of the application - there was a technical message with a link to the site of Rosreestr about the inability to save the site. Perhaps something is really not working, and maybe we were just "punished" by the system for cheating, somehow determining that the EastRussia correspondent in the Far East is not registered, and the right to choose the site will only get from 1 February 2017. (Unfortunately, we were not able to persuade our Far Eastern colleagues to test the system: everyone is completely interested in taking the plots, but in those areas that are still "closed" and will open only in October, and they are not ready to risk their right now by filing a fictitious application) .

As we have already noted, the law does not work for Muscovites so far, and it will only work in February of next year. Against this background, it was interesting to observe how the round tables of the Ministry of Eastern Development, which took place at the beginning of the week, were increasingly turning to theoretical questions (programs and support measures, infrastructure financing, state obligations), rather than practical ones (where it’s better, where it’s worse, where what is the soil, where are how many sunny days per year, where there is infrastructure at the existing sites). Instead of showing dozens of very specific areas on the screen, located along asphalt roads and power lines, officials re-engaged in explanations and discussions - “is it only through the constant care of the state that it’s possible for the Far Eastern hectare to bring this or that benefit to the citizens, rather than all only disappointment. ”

“The information resource Nadalniyvostok.rf in the near future will be fully presented a systematic collection of all those state support measures that are to some extent related to the acquisition of the Far Eastern hectare,” said Alexander Galushka, Minister of the Russian Federation for the Development of the Far East. - These are measures provided to citizens of the Russian Federation in accordance with various programs by a wide range of departments. For example, in addition to his hectare, a migrant may receive, within the framework of the Labor Mobility Program implemented by the Ministry of Labor, such a measure of support as payoffs - an amount of more than 200 thousand rubles. Or, under the state program providing for the support of agriculture, to take advantage of a number of measures to develop their own farming. Another example of possible state support for a Russian who has received a hectare is his use of all those provided for by the Mortgage Rate Subsidy Program implemented by the Ministry of Construction of Russia in cooperation with the Agency for Housing Mortgage Lending. ”

He added that at the disposal of the people who received the Far East hectare citizens will also be the most diverse support measures from the regional authorities.

"At the same time, in particular, it is possible that the strengthened measures of state support that are provided today to Russians in the northern regions of the Far East will be strengthened even more - to increase the attractiveness of the territories allocated within them to allocate free land," - Complemented by Deputy Minister of the Russian Federation for the development of the Far East Kirill Stepanov.

The developers of the draft law, as well as the business representative, partner in the development of the new farm type farm "32 farmer" Anton Lubavin, who was invited as a consultant, also hastened to dispel the myth that 1 hectare is not enough for business in the field of agriculture.

"In order to implement a pilot small agricultural business project and get from it the corresponding profit of a land plot of an area of ​​1 hectare is enough. Of course, if you are dealing with big business, then at least 30 hectares is needed for this, "Anton Lubavin explained.

“In order to understand how promising a land plot of a relatively small area is for development - 1 hectare, a number of business projects have been developed and thoroughly calculated. The payback period of most projects, both in crop production and animal husbandry, ranging from 10 to 30 months, seems quite realistic. Enough long-term projects of dairy farming - over 5 and more years will pay off long enough. Thus, management of some agricultural business in the Far Eastern hectare of 1 is quite possible. And in some cases - even the export of products manufactured within it. It all depends on how well it will be thought out, and then the production of products created on the site, and its sales, are organized, ”said Kirill Stepanov.

“In open access, there are now 10 possible for implementation on a land plot of 1 per hectare of business projects. At one time, they were subjected to all sorts of criticism, but in the end, all those who took part in their discussion agreed that their deadlines were real, and their implementation did not require fabulous investments. Moreover, it should be noted that for the successful implementation of these projects there is substantial support from the state, ”said Valentin Timakov.

On the site Nadalniyvostok.RF there are really business projects for breeding goats, sheep, cattle, as well as growing strawberries. By the way, according to rabbits, developers promise very good investment indicators - a full payback for 8 months.

Against this backdrop, the replica of the deputy governor of the Khabarovsk Krai Government Yuri Chaika was a bit dull, although it was she who, according to the results of the discussion, seemed extremely objective: "Farmers, aiming to get a hectare in the Far East today to conduct a particular business in the field of agriculture and already having a clear The idea of ​​how they will implement their project on the acquired site is mainly the Far East. Those who are going to move from other regions, now have almost nothing but fantasies about the land that they will later have, and no concrete plans. "

From the editors, we add that of all the people who took part in the round table and listed in this material, only Yuri Chaika has a Far Eastern registration. Accordingly, only he, in fact, received the right to choose a site from June 1, the rest — to the minister, his deputies, and the head of the Agency for the Development of Human Capital — this right will be given only to February 1 next year. Until then, the inhabitants of the European part of the country will only observe how, in the Far East, the process of the realization by citizens of the new freedom, given by the new law, is actually gaining momentum. And for some reason it seems that the process will be fascinating, alive, full of interesting discoveries and vivid success stories. Readers of EastRussia are already worried on Facebook: "until February, these Far Easterners will sort out all the good hectares!"

The implementation of the law will occur in stages. Since 1 June 2016, the land has been provided on the territory of the “pilot” municipalities of each entity located in the FEFD, and only residents of the respective regions can do this. From October 1, 2016, plots will be provided throughout the Far Eastern regions, but only for residents of these regions of the Russian Federation. And since February 1, the Far Eastern hectare will be available to all citizens of the country. 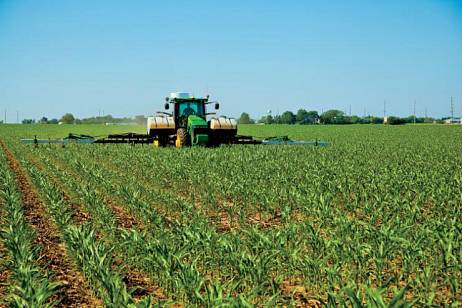 Analytics The Far East hectare goes to the second circle

Magadan region The world's first guide to Kolyma is published

Opinions Attractions "must see" of the Far East