Notice: curl_setopt(): CURLOPT_SSL_VERIFYHOST no longer accepts the value 1, value 2 will be used instead in /home/admin/web/eastrussia.ru/public_html/gtranslate/gtranslate.php on line 101
 Which vessels and on what conditions it is advantageous to build in the east of the country - EastRussia | Analytics of the East of Russia
News March 29 2020
12:17 Russia will close all borders due to coronavirus
The Republic of Sakha (Yakutia) 12:00 15 cases of coronavirus confirmed in Yakutia
Amur Region 11:47 The first case of coronavirus appeared in the Amur region


Primorsky Krai 11:09 In kindergartens of Primorye, duty groups for quarantine will open
Sakhalin Region 10:38 Tourists from Thailand will be quarantined in the resort of Sakhalin
More news
Media News2
HOME Analytics 02.08.2018

The Far East as a shipyard 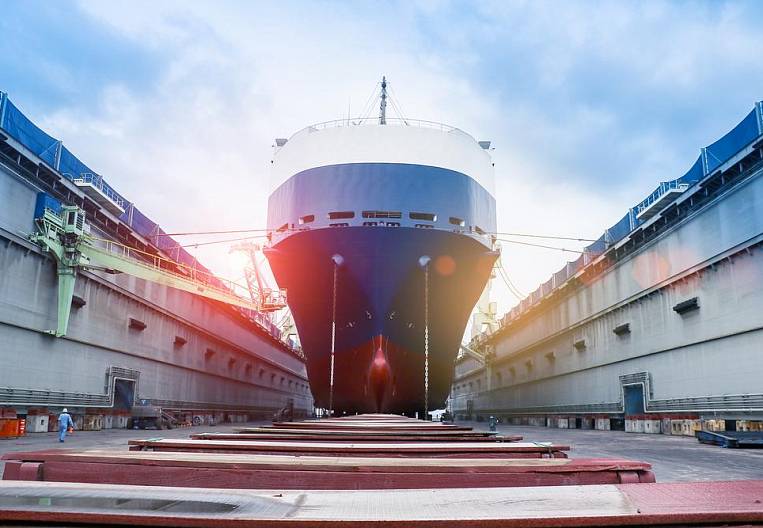 Photo: shutterstock.com
LEADER AND OTHERS

Russian civil shipbuilding became one of the main topics of the International Maritime Show in Vladivostok, which ended in late July. According to the Deputy Prime Minister of Russia Yuri Borisov, manufacturers are already restoring the complex of competencies necessary for the construction of large-capacity civil vessels through interaction with partners from the countries of the Asia-Pacific region. A transfer of technologies was established with subsequent localization of production, including "fillings". This should allow creating new jobs, and, of course, introducing new technologies at Russian shipyards, the official said.

The newest nuclear icebreaker "Leader", capable of year-round wiring of vessels along the Northern Sea Route (SMP), is likely to be built at the shipbuilding complex "Zvezda" in the seaside of Bolshoy Kamen. This was announced at the International Maritime Salon by the Deputy Minister of Industry and Trade Oleg Ryazantsev. The vessel will have a length of 210 m, a width of 47,5 meters, a draft of 11,5 meters, a full displacement of 70 thousand tons, said the director of the projected "Leader" CDB "Iceberg" Alexander Ryzhkov. According to him, usually customers require that vessels can move in ice of two-meter thickness at the speed of the 2-3 node, but the new project was required to provide a commercially effective speed of at least 10-12 nodes.

"The average thickness of ice in the eastern region of the Arctic in the most difficult period reaches two meters, and in order to economically conduct transport ships, it is necessary to ensure a sufficiently high speed," says Alexander Ryzhkov. "In designing, we paid very serious attention to this issue, worked out various options for the shape of the hulls of the hull, conducted a series of tests that confirmed that the "Leader" could move in ice two meters thick at the speed of 12-13 nodes.

The future of Russian shipbuilding is behind technologies and know-how, and only their introduction will revive the industry, experts say. In the Far East, there are unique opportunities for creating a full-fledged industry for the construction of technically complex civil vessels - research and fishing, engaged in a complex of works related to the extraction of hydrocarbons on the shelf, Oleg Bratukhin, a member of the public council of the Ministry for the Development of the Far East, believes. Extraction of hydrocarbons and fishing - high-margin industries, the construction of technically complex vessels is the most cost-effective segment of civil shipbuilding, he emphasizes.

Another advantage of the Far East is that there are practically ready sites in the ice-free areas in Primorye and Sakhalin, which are also equipped with the necessary infrastructure, where shipbuilding capacity can be created in a short time and at relatively low cost to investors. Strategic investors, shipbuilders are interested in this, Oleg Bratukhin says.

In confirmation, he gives an example of how the state shipbuilding corporation from China considered the possibility of placing in Nakhodka on an area of ​​only 14 hectares of shipbuilding, whose capacity only at the first stage would allow the construction of 7-9 large-capacity or 15-18 medium tonnage vessels per year. This shipyard could become one of the largest in Russia. The planned investments were about $ 40 million, which would almost pay off when building the first small series of trawler-processors. At the same time, the Chinese partners said that although the price included a huge operating profit compared to the several percent that is extracted today in large-capacity civil shipbuilding in China, the shipyard offered the price of trawlers at 30-50% lower than at USC shipyards.

EastRussia help. The cost of building fishing vessels in China may be lower than in Russia, by 40-50%, in Turkey - by 20%, Norway - by 10-15%. The maritime industry in Norway provides 12% of the economy of the whole country. The shipyards focused on the construction of complex specialized vessels - research vessels, for oil and gas production on the continental shelf. In Iceland, the GDP of adjacent, fisheries-supporting sectors of the economy is 1,5 times the GDP of the fishery itself.

The fishing fleet in the Far East more than 90% has developed its resource, so the fishermen are able to provide a substantial part of orders to shipbuilding, Oleg Bratukhin believes. "If we talk about fishing vessels, everything, even large-capacity fishing vessels, by the standards of general shipbuilding, is of low tonnage." According to the general shipbuilding standards, ships of less than 15 thousand tons are small tonnage vessels. "We have the largest tonnage vessels of smaller displacement," he says. .

"What to do, the global economy has long said, to develop its economy from its own natural resources," Oleg Bratukhin continues, "For example, in the United States, the use of foreign-built fishing vessels in its economic zone is restricted by laws. use of fishing vessels built in Russian shipyards in the Russian economic zone is liftable for the absolute majority of users, since 70-80% of what is produced from us is high effective biological resources that provide very high margins, and all users received privileges from the state, including the renewal of the fleet, particularly in fishing, the 85% discount on the payment of the fee for the use of bioresources. is about $ 2,8 billion, and these, in essence, public funds, must be directed to the development of their own industry, and not to the development of Turkish shipbuilding, as we see today. "

The managing director of the Dobroflot group of companies (including the Livadia Shipbuilding Repair Plant) Alexander Efremov believes that "the advantage in the Far East from the point of view of shipbuilding is only one thing - in geography, proximity to the regions of extraction of aquatic biological resources." From the economic point of view, It is realistic to build only the small tonnage and medium-tonnage fishing fleet in the East, he continues.

"I would not try to compete with Asian neighbors in the construction of large vessels," says the fisherman. "All developed fishing nations have in recent years been building mostly small and medium-tonnage mining vessels that hand all their catch in a chilled form to shore enterprises for deeper processing into finished products from fresh, not frozen raw materials.Those vessels, among other things, have less impact on the ecosystem, compared to large-capacity trawler-processors .In the Soviet period, the heyday of the fishing industry In the Far East, in the Sea of ​​Okhotsk, it was generally forbidden to operate large-capacity vehicles. "

According to Alexander Efremov, for the production of fishing vessels there is no need to localize the full production cycle: it is enough to concentrate on the manufacture of hulls and completion of ships from aggregates, units and systems of world manufacturers under the specifics of the Far East. A good example of how to develop a detailed production is the Sollers automobile assembly plant, which for an incomplete 10 years in the crisis of demand for cars has passed a huge path from "screwing wheels to a finished car" to producing engines for world-class cars, the expert says.

"Many of the automobile industry can be taken as a basis for shipbuilding - from the elaborated legal basis of state support and its dependence on localization to the organizational scheme of interaction with foreign partners in the part of cooperation," Alexander Efremov said. At the same time, the expert states: the investment program for the renewal of the fishing fleet in exchange for quotas "passed by" the Far East. The emphasis was placed on large-capacity vessels, and all orders were placed in the North-West of Russia, shipyards of St. Petersburg, Kaliningrad, Vyborg, although 70% of all "investment quotas" - catch quotas in the Far East. The exit Alexander Efremov sees in the expansion of the investment mark program "with the linkage of shipbuilding to the region where the allocation of quotas will be carried out."
Tags: shipbuilding quotas investments shipyard Import substitution Fishing Far East

Kamchatka "Commander" will join the "Lenin" in March

Success story "Goliath" for the "Star"