Notice: curl_setopt(): CURLOPT_SSL_VERIFYHOST no longer accepts the value 1, value 2 will be used instead in /home/admin/web/eastrussia.ru/public_html/gtranslate/gtranslate.php on line 101
 DFO charity: Expensive - EastRussia | Opinions
News March 28 2020
Sakhalin Region 14:44 The first cases of coronavirus confirmed on Sakhalin
14:03 Sberbank will give credit holidays to victims of coronavirus
08:47 PFR transferred pensions for April ahead of schedule

Expensive pleasure
All author's materials
Evgenia Nazarova, Press Secretary of the Petropavlovsk Foundation:
- Today the Far East is waiting for a new sigh. Development of the macroregion requires the revival of the economy, infrastructure, bringing the quality of life of people to a decent level. According to the study "Charity in the Russian Regions", presented in the report of the Donors Forum on the status and development of funds in Russia in 2013, the regions of the Far East are overwhelmingly classified as "lagging behind". In addition to financial indicators, the study took into account the number of really operating charitable funds in the region, as well as the number of charity projects and events that were implemented. Unfortunately, in comparison with other regions in the Far East, there is a low concentration of charitable organizations, although the field for work is very wide.

Charity in the Far East is difficult, expensive, often ineffective, but there are more points for applying efforts here than in other areas of the country. First of all, in the Far Eastern Federal District it is necessary to render "first aid", carry out supporting activities, Which will cover the needs of the simplest things, and will also allow bringing social institutions into compliance with the requirements of the law. For example, the fund "Petropavlovsk" is guided by the project approach, but in the structure of costs, many articles aimed at patching holes. It can be the acquisition of desks in classes, the purchase of paint cans for the playground, the replacement of curtains and lamps in schools or chairs in the rural House of Culture. And than the settlements further from the center, the more serious the support is required. Only then it is appropriate to take up projects aimed at development.

Improvement of the social sphere of the region is complicated by the territorial remoteness and dispersion between the administrative centers and district settlements, as well as the peculiarities of the transport infrastructure. For example, the distance from Blagoveshchensk to the most northeastern point of the Amur Region, the village of Zlatoustovsk, is almost 800 km, which is more than the path from Moscow to St. Petersburg, passing through four regions of Central Russia. Time on the road by car takes about 15-16 hours. Such distance greatly increases the cost of delivery to the areas of the necessary inventory, materials, equipment, which are transferred by the benefactor to various institutions. Moreover, due to the specifics of the transport infrastructure of individual villages of the Amur Region, delivery is sometimes carried out in several stages, which implies the organization of several types of transport at once - for example, rail, road, air. In a number of regions, there are predominantly unpaved roads, there are no permanent bridges over heavily flowing rivers, which cuts off settlements from the “world” for several months a year. In such circumstances, the delivery process requires clear planning, coordination and control, so that, for example, expensive medical equipment is safe and sound to the beneficiary. Therefore, in parallel with the shipment of goods to charitable organizations have to deal with logistics.

At the same time, the quality of life is not only social projects in the generally accepted sense - equipping hospitals with equipment or schools with computers. It carries in itself a deeper category - pride in your region, for the land on which you were born and grew up. Following social programs, charitable organizations Implement macro-projects, changing the attitude of the inhabitants of the Far East to their region through the history and in the long term contribute to the consolidation of the population. Thus, in the Amur Region, through the efforts of the Petropavlovsk Foundation, the Albazinskaya Expedition project has been implemented for several years in the framework of preserving the region’s historical and cultural heritage.

Charity in the Far East is specific. It requires large investments, organizational efforts, greater versatility in work, and the results of work are sometimes visible only to individual residents of empty northern villages: parents who now take their children to a renovated kindergarten; retirees who no longer need to go to a medical specialist for an examination for 100 km; to few Evenki communities. Charitable activities in the FEFD require special will. Will to look wider and see the real social needs of the region. Let some of them seem simple and insignificant. But they are. And without their decision to go no further. 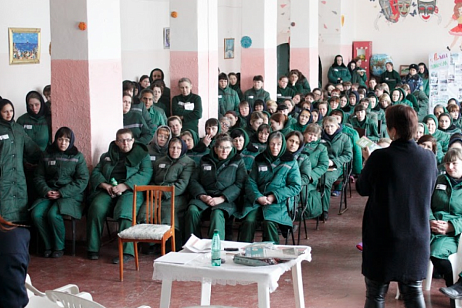