Notice: curl_setopt(): CURLOPT_SSL_VERIFYHOST no longer accepts the value 1, value 2 will be used instead in /home/admin/web/eastrussia.ru/public_html/gtranslate/gtranslate.php on line 101
 Leonid Blyakher: a few general words about Far Eastern art - EastRussia | Opinions
News February 22 2020
Khabarovsk Krai 13:21 The case of the former deputy chairman of the Khabarovsk Territory was brought to court
09:00 Experts named the regions with the highest rental prices
08:15 Expectant mothers will be saved from bureaucracy with patrimonial certificates 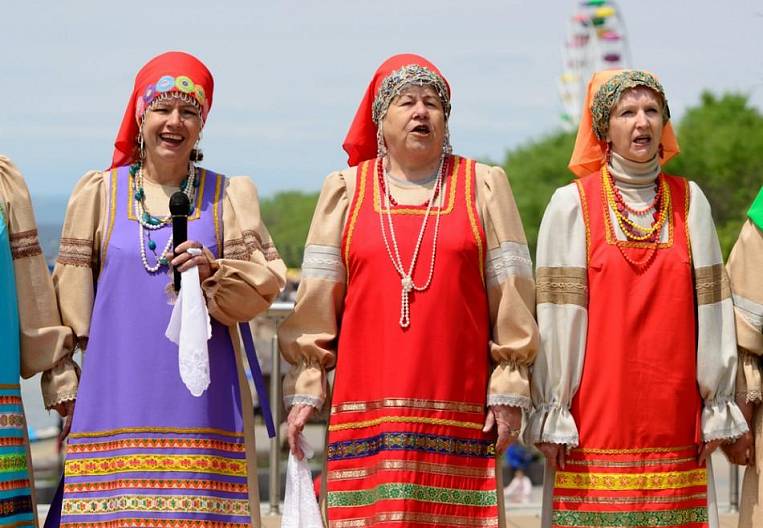 About S.I. Furgal Say a Word New conditions for new governors What can the Far East
All author's materials
The next economic forum in Vladivostok, traditionally developing the recipes of our (Far Eastern) salvation, has ended. Obliged to provide benefits to all immigrants, it is reported that some of them have already been provided. In short, everything is quite standard. Even the aesthetic needs of the inhabitants of the region are not forgotten. To the already open branch of the Mariinsky, new branches of museums, galleries and much more are promised. It's good? Certainly, it's good. But ... there is something that is somewhat embarrassing. I'll try to share.

My colleague, studying the history of the cities of the Far East in the prewar years, somehow shared a find, or rather, finds. The archives have preserved numerous letters of complaint from residents of the Amur and coastal cities. Letters are different, and complaints are similar: how is it? I live here for many years, I work, I am considered an expert. But the visitor who arrived yesterday, works worse, but gets much more, the apartment is given to him out of turn, in every possible way patronized. Where is justice, citizens ?!

Something similar is happening now. Most of the speeches, plans and programs are aimed at "attracting" the population. But when it comes to talking about those who are "unlucky" and they already live in the region, the proposals of high guests and experts become strange: banning, optimizing, fighting, etc. It may very well be that some hundreds of thousands of people and will come to the Far East. That's just, I'm afraid, go with this approach much more. Approximately the same thing happens with Far Eastern artists, artists, musicians, writers, poets.

The organization of active tour activity of wonderful capital artists at the expense of the budget proceeds against the background of, if not oblivion, at least, a significant reduction of attention from the authorities to talents of local, Far Eastern ones. So, maybe they are not? Is all that is in the region so "third grade" that there is no point to develop it?

Of course, this is not so. The annual International Jazz Festival in Vladivostok brings together thousands of spectators and dozens of performers; the theaters of Khabarovsk become the owners of prestigious prizes, including the "Golden Mask" (Regional Music Theater, Theater of Young Spectators); The KNAM theater is well known in Europe and can compete with many titled "Western" troupes; musicians, artists and writers from Khabarovsk are famous far beyond its borders, and Governor and other regional and regional awards are regularly given in the field of literature and art. But how much in the region there are amazingly interesting musical and theatrical collectives, soloists, singers, poets and artists who are not officially visible! And this is not always disliked by the government underground. Such invisibility can be called even the Far Eastern Academic Symphony Orchestra, which officials only call the visiting card of the musical culture of the Far East, but in reality the number of the team has decreased to the possible minimum closer neighbors - Komsomolsk-on-Amur or the village of Nikolaevka ...

If even in the big cities of the region everything is not all right, then what about the smaller ones? About the villages? And is it only a matter of financing? The point is to understand the importance of our whole, local - that it breaks through and survives with great difficulty, often existing only at the expense of the enthusiasm of specific people whose strength is not unlimited. We need incredible luck, perseverance and an unprecedented combination of stars in order that something from the field of Far Eastern art culture be seen and appreciated by the media, high authorities, and then - and the mass consciousness of the inhabitants of the region.

Due to the fact that “one’s own” is initially perceived by one’s own as suitable “only for internal use”, and it becomes necessary not to supplement, but to replace local ones with visitors.

But here it does not come out. Graduates of the Khabarovsk Regional College of Arts, the Far Eastern Academy of Music, the Regional Institute of Art and Culture successfully concert in Germany and Korea, in Japan and the USA. All over the world. Creativity of Far Eastern jazzmen is analyzed in encyclopedias on the history of jazz. Far Eastern poets and artists are becoming famous. But all this is not happening here, not at home. In order to become known at home, you need quite a bit - to leave, stop being a Far Eastern. We need to come to the Far East to tour the same programs for the development of the Far East.

Why? Is it only the usual absence of a prophet in his own country? I think that not only. The problem is that art becomes a hostage to reports. A big (All-Russian, International) event can be reported, it can be demonstrated to high authorities, you can get a thank-you or raise for it, and some money for it will be given at the regional level, and if you're lucky, then at the federal level. But daily work with "local" art promises far fewer bonuses for officials from culture, chiefs from art. We need to "knock out" housing and wages, organize advertising. It is necessary to quarrel and argue, defend and take risks. What for?

It's much easier and cheaper to bring a famous artist, hold an 2-3 concert, call it somehow beautiful (name festival ...), get praise and live on. You can, of course, say: what have officials to do with it? They will always work "on a report," "on the show." This is the nature of their profession. Art is appreciated by the public. It's like that. Here are just the halls, salary, advertising and much more today it is from them, from officials. For the public to go to this name, it is necessary that she at least knew about it. With our own efforts, this is at best at the city level - not even an oblast or a province. Exceptions, of course, there are, but then they are exceptions.

So artists and musicians, writers and artists leave the region. They leave to where they will be appreciated, where they are listened to, watched. Leaving young people who could become the pride of the Far East. Talented teachers leave.

Not so long ago, said goodbye to a man who lived here all his life, in many ways personified for me the best qualities of the Far East. In my almost hysterical question: why ?! He sighed and sadly replied: "My daughter. Everyone says that she has the ability to violin. She wins in competitions. And the teachers left. Here I go after them. "
Tags: culture art talents emigration tour theater ballet