Notice: curl_setopt(): CURLOPT_SSL_VERIFYHOST no longer accepts the value 1, value 2 will be used instead in /home/admin/web/eastrussia.ru/public_html/gtranslate/gtranslate.php on line 101
 Governors: reboot and upgrade. Analysis of the article - EastRussia |
News January 22 2020
Kamchatka 05:21 Reception of documents for mayoral election began in Petropavlovsk-Kamchatsky
Sakhalin Region 05:00 The first gas stations will appear on Sakhalin in 2020
04:46 Proposals for creating an airline for the Far Eastern Federal District have been submitted to the government


The Republic of Buryatia 12:36 Irkutsk senator lost in court of the Ministry of Internal Affairs of Buryatia
Amur Region 12:07 6 million rubles will be spent on accessible environment in schools and kindergartens of the Amur Region
More news
Media News2
HOME Opinions 11.10.2017

Governors: reboot and upgrade. Analysis of the article 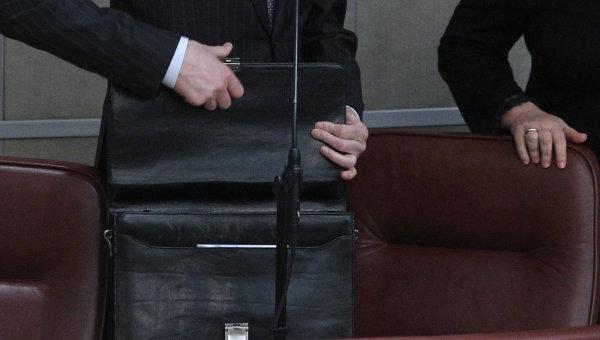 Civil forum: clicked on "repeat"? Governors: reboot and upgrade. Analysis of the article
All author's materials
«This week on the pages of the information-analytical agency East Russia an article was published by Vyacheslav Kushnarev, Director of the Far Eastern Institute of Management, RANEPA "Governors: reboot and upgrade". The article absolutely accurately emphasizes that "mechanical castling, replacement of some imperious persons with others to solve such a task will be clearly not enough. Currently, Moscow is trying to develop, ask and test "in business" a new benchmark of a regional leader capable of working effectively even under the most difficult circumstances.

I would like to note that the modern Russian administrative system is a gigantic "virtual meat grinder", in which more than a dozen intelligent and talented people have already disappeared. It is clearly advisable to conduct a serious analysis of the criteria for assessing the activities of governors. To date, this is a series of indicators, the rigorous observance of which often pushes leaders of the top echelon to "juggling with numbers," and sometimes even a blatant lie. It is, for example, the results of the implementation of federal targeted programs and the "May decrees" of the president.

With the "May decrees" of the president, so generally the trouble. According to the Khabarovsk Krai Government in the first half of the year 2017, the average salary of doctors was 60823 rubles, teachers - 50872 rubles. These figures are better not to tell anyone at all, people know their salaries. Is not this a growing distrust of the current government ?! In my opinion, for the next few years the only criterion would have been to establish "the degree of people's satisfaction with life in the region." Then there will be no need to dissemble: there will be an objective picture, objective ways out of difficult situations will be developed.

It is also difficult to agree with the statement that the future governors are "... These are leaders who have" state "and not narrow regional thinking, they feel the realities of the day and are in the wake of the country's strategic development, the program of which is proposed by the federal center." In my opinion, the task of the governor is to solve precisely the problems of the region. "Fight for your region." After all, very often the problems of the region are in conflict, and even in conflicts, with the goals of the federal center, which is supposedly better seen. In this case, the governor should have the opportunity to be more independent in defending the interests of his region, his inhabitants, and not bending his own population under questionable projects. Perhaps, the example seems not entirely correct, but I remembered in this connection the situation with chum salmon fishing this year. We blocked the Cupid. Someone made money. Who defended their population? The Governor?

One can agree with the above assessment of the governor as a technocrat, with a good education level, focused on innovation in all areas of his activity, but rather conservative, so as not to get carried away by ideas that are torn from life. To date, the unbridled enthusiasm for innovations by a number of top-tier leaders is already creating a gap between theory and practice, which does not promise us anything good in the near future. It is quite obvious that innovation can not be the goal. This means, to achieve the goal. Possible means.

Our governors often behave like celestials. Therefore, of course, the proposal of the author of the article to give power in the regions most worthy of approval, the question is, to what extent is the proportion between professional qualities and personal devotion. This moment in the article is also very well marked. How easy will it be to implement? Today, in my opinion, the ratio of professionalism and personal loyalty correlates roughly as 1 to 10. Is there any chance to change something for the better? In my opinion, they are very small. The system used to work like that for many years. Localism has become an integral part of life. It is necessary to raise the question of changing the rules of the system, to discuss on public expert councils the quality of the work of the current executive bodies. I can assume that this will not be done. Well, let's not forget that public councils often work far from the best. With the feedback between the government and society still need to understand and understand.

There is an hint in the article about an 3-year-old carte blanche, which Vladimir Putin at a recent Eastern Economic Forum publicly identified a number of Far Eastern governors. "It is assumed that it is during this period that the Far Eastern Territories will be able to rise to the top of the national rating of investment attractiveness." I can assume that the issue with the Khabarovsk Territory is still open, due to a number of recent scandals and a significant overregulation of the administrative apparatus of the Khabarovsk Territory, even compared to neighboring subjects. That's who to check and check!

However, the idea of ​​training local Far Eastern personnel is certainly a positive signal. You need to move your own. The only question is what to do if these are already today an integral part of the system, which already raises a number of questions.

I would not want the system to engage in self-cloning. As a result, we can get such a picture, when the control system moves from one negative state (after the “reset” mentioned in the title of this article) to the same state. After all, what is a reboot, a reboot is a process in which the system resets all its parameters in order to return to its original state. An upgrade is the process of replacing hardware or software applications on personal computers with a newer or more functional one.

In light of the above, I propose to do without rebooting. The so-called "initial state" is not very satisfactory to the majority of the population. In many ways, it is for this reason that the process of changing the governor's corps began. Many people are waiting for change. Positive changes. And a good, high-quality upgrade of the executive bodies will obviously not hurt us. If the Far Eastern Institute of Management RASHiGS already stands at the origins of this process, it remains only to wish its leader Vyacheslav Kushnaryov and the staff of the university successfully cope with the task! " 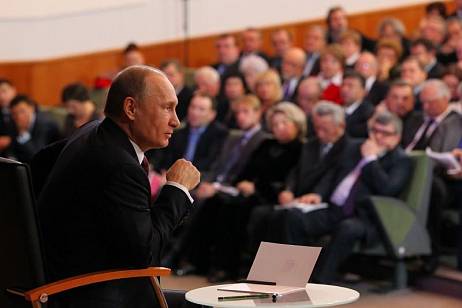 Amur Region The governor in the subway, and the Chinese on the bridge

Rumors of the Far East. Issue 4. What is audible in the Far East corridors, the lobby, whatsapp-ah and telegram-ah - collects EastRussia