Notice: curl_setopt(): CURLOPT_SSL_VERIFYHOST no longer accepts the value 1, value 2 will be used instead in /home/admin/web/eastrussia.ru/public_html/gtranslate/gtranslate.php on line 101
 Innovative China - EastRussia |
News February 22 2020
Khabarovsk Krai 13:21 The case of the former deputy chairman of the Khabarovsk Territory was brought to court
09:00 Experts named the regions with the highest rental prices
08:15 Expectant mothers will be saved from bureaucracy with patrimonial certificates 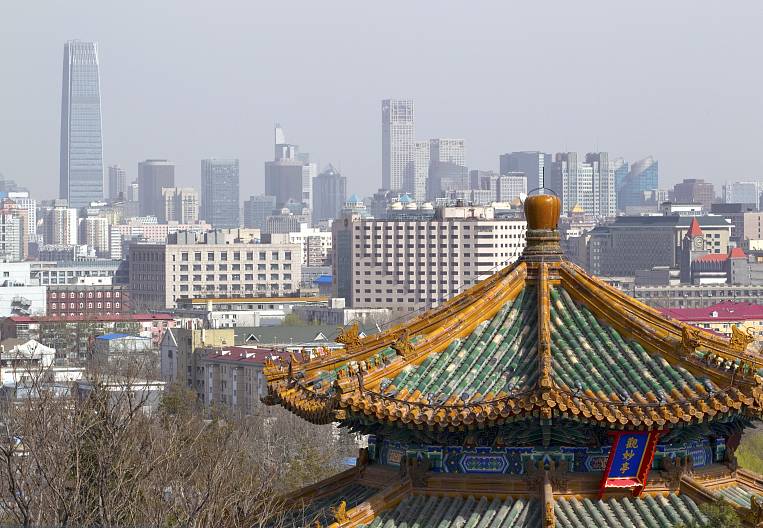 A man for whom there was no taboo Happy New Year! Opera Jingju
All author's materials
Vladimir Lukashev, member of the Council of Graduates of the MAI:
In childhood memories, China seemed to me a kind of anecdote about how the Chinese are launching a satellite with the whole country using a large slingshot. But recently I had a meeting with a Chinese businessman who asked me to help buy fuel oil in Russia. I knew that the main business of this guy is in one of the technoparks of China, and asked him, and here fuel oil and why he does not want to look for something more innovative in Russia. "Fuel oil can be profitable to sell in China, if the price is good" - explained my friend, but innovative ... He winced and told me how he once had the nonsense to buy "Lada" and what happened.

"Massaraksh", - I thought, just like that hero of the Strugatsky brothers. Precisely, the world has turned out on the wrong side. And this is what we see in this new reality:

- 90 zones of technical and economic development of the state level;

- 75 zones of new and high technologies;

- 14 zones of cross-border economic cooperation of the state level;

In fact, these are the embryos of a new China - a superpower of the 21-th century. But we must nevertheless say that Russia's achievements in the field of science and technology are not limited to the production of Lada cars. China may well be interested in our developments in the military, space and aviation industries, as well as in the field of energy, and primarily nuclear power. As for China, we first of all are interested in the experience of China's accelerated development, especially in the field of new technologies. And this experience is based on two principles. Confucian ethics and common sense. However, the very notion of common sense was defined by Confucius in the Five Principles of the Righteous Man.

History of China has five thousand years. The basis of the national thinking of the Chinese was formulated by Confucius in the fifth century BC. Since that time there have been ups and downs of Confucianism. There were times when adherents of this ideology were buried in the ground alive, and there were times when you could not expect success if you did not adhere to the principles of Confucianism. In the end, the teaching of Confucius became the basis of the Chinese mentality.

The first pragmatist in recent Chinese history was Deng Xiao Ping. He said: "It does not matter what color a cat is, it's important that it catches mice." And he began to use those principles that work, and not those that "ideology" recommends. By the way, all the great reformers were pragmatists. Lee Kwan Yew in Singapore used the whole range of economic opportunities from the state "chaebols" that he created for the accelerated development of Singapore, to the liberal privatization of these very "chaebols" and the accelerated creation of competition. And each step he did according to the well-known principle of Napoleon: "Decisive forces in the decisive place at the decisive moment." He used the economic tools that he needed to achieve the required result at the moment. Chiang Kai-shek also acted as the creator of the Taiwanese economic miracle. In general, the leaders of Taiwan are great pragmatists. However, like all Taiwanese. We must fight the Communists - they are at war. It is necessary to establish relations and finance the development of the PRC - and establish and finance. Once I was on a visit to one agricultural company in Taiwan. And the hosts showed me a map of China, where the points were marked by the branches of this company on the continent. So, I had the impression that a shot from a large double-barreled shot was fired into the map of China. And at once from two trunks. The map was at a small point. But this is a huge work to raise the agriculture of the PRC. And this work was carried out by Taiwan's "enemies" of the PRC. How reasonable and pragmatic should both sides of the conflict be in order to decide that "the war is a war, and lunch is on schedule."

When the leaders of the PRC, and especially Deng Xiao Ping, ceased to be guided by the communist ideology and began to look at the world with wide open eyes, they were faced with the question: "How to launch the outstripping development of the country's economy and catch up with the" civilized world "?"

First, they declared a real war of corruption. The task was the hardest. The Chinese concept of "guanches" ( Communication) was absorbed with the mother's milk. However, there was already an interesting experience of Singapore, where "Iron Li" defeated corruption with cruel and inevitable punishments. And he began with his comrades-in-arms. The PRC followed the same path. The country's leadership realized that corruption is not stealing and bribes as such, corruption is when thieves and bribes go unpunished. And today in China, getting a firing sentence for corruption in especially large amounts is easier than easy. So, for example, if we imagine that the "mortgage auctions" that took place in Russia with violation of all conceivable and unthinkable laws would have taken place in China, then none of their participants or organizers would have remained at large and no one would have paid attention Nor on their high posts, nor on their connections with the leadership of the country. And the fact that the capital received in this way would have been confiscated on the verdict of the court, then this can be no doubt. Thus, the country's leadership "cleared the ground" for the construction of a new superpower and made the businessman a respected person.

The Chinese know that if a person has money, he earned it, not stolen it. A rich person in China is a respected person.

Secondly, China acted in the spirit of Wu-shu - made its weakness by its strength. They turned the poverty of the population into the driving force of the country's development. Cheap labor itself is evil. But if you invite leading world corporations to the country and create conditions for their development, evil will turn into an ass that will drag the country's economic development. Sooner or later it will be necessary to stimulate the growth of incomes of the population, but at the first stage of development such a plan works very well.

Thirdly, China has begun to learn from those who have succeeded in their development. Something the Chinese bought, and that they could not buy, copied without demand. Not good? Certainly not good, but that's life. So, China has gone through a decade in a decade, which has taken a century for other countries.

Fourth, the Chinese leadership realized that the main value is not oil and gas, but people. At the same time people are educated. And if in Russia in the early nineties it was possible to read in the media that there are too many people with higher education in Russia, then the Chinese leadership, on the contrary, promoted the need for higher education in every possible way, and the most able young people freely directed to study in the best Universities of the most developed countries in the world. And nobody stopped the fact that very many of these students remained in the countries where they studied. Those who sent students abroad, planned their work for centuries. They knew that the time would come and these experts would return to China and become the intellectual basis of their country.

That's how the leaders of China laid the foundation for the dynamic development of their country and began to turn China into a superpower of the twenty-first century.

Today's day of China is not without problems. The labor force is becoming more expensive, the awareness is growing that only countries that are able to realize their own development have the future, and not live at the expense of using strangers. Yes, and the illegal use of other people's ideas the country's leadership has ceased to shut eyes. It was here that the intellectual potential of those who were sent to study abroad was required. And in China itself, at that time, the potential of well-educated intellectuals was created, ready to work on the development of their own science, applied research and experimental development.

In 2006, China adopted the so-called "2020 Plan". This is an expanded program for the development of the country with an emphasis on the use of innovations. The objectives of this plan are:

1. Building an innovative economy through creating their own innovations and reducing dependence on foreign technologies;

2. The transformation of enterprises and the business sector into the central driving force of the process of building a national innovation system;

3. Achievement of breakthrough in strategic areas of technological development.

And I must say that the leaders of China usually do not disagree with the matter.

However, in order to understand what China will be in the future, it is not necessary to have a time machine. It is enough, having looked at pictures and photos of old Shanghai, to visit Shanghai today. The contrast is striking.

Here is how IA Goncharov, who looked at the city from his frigate Pallada, described Shanghai many years ago: "Here and Shanghai is visible ... Ships and junks, beautiful European buildings, gilded shrine, Protestant churches, gardens - all this is crowding Still unclear pile, without any perspective, as if the church stands on the water, and the ship on land ... "

Today, this city, which never really sleeps, gives the impression of a city of the future. When you look at the Pundun area from the side of the Huangpu River, the opening view looks like a shot from a futuristic film. This spectacle is especially impressive at night, when the skyscrapers flooded with lights stand out sharply against the background of the night sky. Street Nanjing Lu deafens its bustle and eternal endless shopping. The Sancheeri Plaza Plaza fascinates with its shows.

All this brings to mind the slogan that was at the 2010 Shanghai World Expo: "The best city - the best life."

Opinions Turn to the East: what is it?