Notice: curl_setopt(): CURLOPT_SSL_VERIFYHOST no longer accepts the value 1, value 2 will be used instead in /home/admin/web/eastrussia.ru/public_html/gtranslate/gtranslate.php on line 101
 Kamchatka: Who does not take risks, he does not drink milk - EastRussia |
News 01 April 2020
Jewish Autonomous Region 14:50 Quarantine mode introduced in EAO
Jewish Autonomous Region 14:22 The supply of 500 thousand medical masks from China is expected in the EAO
14:05 Symptoms of a coronavirus concern those who apply to the Sberbank hotline

Who does not take risks, he does not drink milk 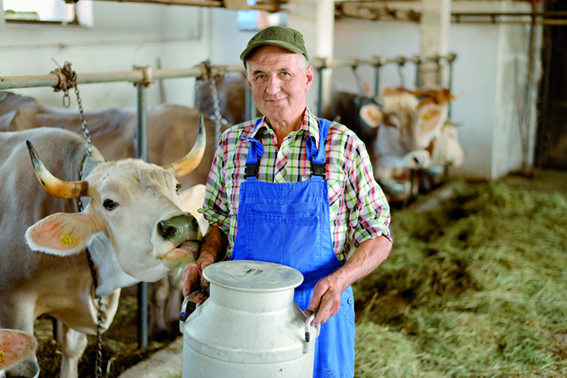 Are there grounds for such skepticism or a holy place is not empty? About who and why he invests in the Kamchatka agro industry, - in the material EastRussia.ru.

Residents of the Kamchatka Krai remember sadly the reindeer-breeding, plant-growing and vegetable-growing state farms that flourished in the Soviet era, forgetting that agriculture on the peninsula was always fully subsidized. In the 1990-s, the agro-industry was really going through hard times - private entrepreneurs invested mainly in raw materials and fishing clusters, and agricultural land was abandoned. However, the last few years have changed the trend: the region has been perceived by investors as a new source of quality agricultural products, able to meet the demand for food products not only among the inhabitants of Kamchatka, but also among consumers in the rest of Russia, as well as in Asian countries.

Today, the region implements the long-term target program "Development of agriculture and regulation of the market of agricultural products, raw materials and foodstuffs in the Kamchatka Territory for 2013-2017 years", which includes the development of reindeer husbandry, dairy farming, poultry and beef cattle breeding, and the development of small forms of management , raising the level of human resources and other areas. At present, agricultural products in the province are produced by 25 agricultural organizations, of which nine are reindeer herders, 417 peasant (farmer) households and about 6,6 thousand private subsidiary farms of citizens. Local authorities are interested in building new agricultural cooperatives and intensive production complexes, which will allow small local farmers to set a fair market price for their products.

One of the key - and literally too - resources of the Kamchatka Territory as a producer of food products is drinking water. As early as the 18th century, the German naturalist Georg Wilhelm Steller, the first Kamchatka nature researcher, wrote in his work: "The quality of river and key water in Kamchatka is so good that it is difficult to express in words. The good quality of this water is evident with its constant consumption ... "The region has huge reserves of clean water, and in the face of the rapidly growing demand for this resource (according to the scientists' forecasts, by the year of 2030 the world demand for drinking water will double), one can expect it to rise in price. At the moment, Kamchatka water producers produce about 10-12 million bottles annually, while production capacity would be more than 60 million.

Today, the government of Kamchatka, among other things, is considering the export of local drinking water wholesale and retail (in branded bottles): importing countries will be Southeast Asian countries, including Indonesia, Malaysia and Singapore. But in order to make the drinking brand of the Kamchatka Krai world-famous, it is necessary to support private entrepreneurs. "We need investors who will help bring the industry engaged in the production of bottled water to a new level," says Minister of Natural Resources and Ecology of the region Vasily Prijdun. One of the investment projects for the production of Kamchatka drinking water - the project "Silver Water of Kamchatka" - is aimed at the production and sale of clean drinking water from the Russkaya Bay field in the amount of 3 million tons per year.

Equally important is the attraction of capital to the food industry in Kamchatka. In this market, the main player was the company "Agrotek", actively investing in livestock. The flagship pig farm, located in the vicinity of the city of Elizova, produces 1300 tons of fresh meat per year, and by 2017 this figure should increase more than threefold. In its fields, Agrotech uses its own fertilizers to grow green fodder. The company's general director Vladimir Rubakhin, who once imported thousands of pigs from Canada to Kamchatka, considers agriculture to be the key and most promising sector in the region.

Agrotech has already invested more than 1 billion rubles in local production facilities, and this is just the beginning: according to Rubakhin, the company's task for the next few years is to make the region independent in terms of food supply. Currently, the company plans to take part in the opening of a new agro-park, located to the north of Petropavlovsk.

“The new agro-industrial park enjoys the full support of the Kamchatka government. The next step will be the modernization of our facilities and the introduction of world-class technology to increase productivity. Our main goal is to become a leading food producer in eastern Russia. We invite other investors to invest in the region, says Rubakhin. “There’s plenty of room here.” Indeed, in addition to Agrotek, other companies have already announced their intention to become park residents, including Exotic Trading, Kamchatka Greenhouse Company (greenhouse production) and Ecostar (production of granulated fodder based on agricultural waste).

Having a significant supply of clean water and thousands of hectares of land, much of which is now cultivated for the first time in several decades, the region has a chance not only to meet the demand of local residents, but also to become a major supplier of food and water to other regions.

Reference about the projects:

How many: 3 billion rubles

It is planned that the park will become the center of agricultural production and trade in the Kamchatka Territory. In the area of ​​121 hectare large greenhouse farms, processing enterprises, warehouses for storing agricultural products and farms, a farmer market and a trade and exhibition complex will be located. Due to state co-financing, it is planned to create conditions for the development of agricultural production: to bring engineering networks (gas pipeline, electric networks, water supply and sewage networks), build roads and equip the sites. Installation of special lighting and heating lamps of Dutch production will allow year-round to grow salad crops in greenhouses, built by Agrotech.

Where: Russian Bay on the east coast of the Kamchatka Peninsula

The water intake area is within the South Kamchatka Nature Park, far from populated areas and industrial facilities. The uniqueness of the field is due to the high characteristics of underground fresh water of drinking quality, the ability to load large-capacity tankers directly from the field. To date, exploration wells have been drilled there, water analysis is taken and a conclusion is obtained that it meets the requirements of standard norms. The samples were also analyzed in the state laboratory of Japan. Japanese experts noted that the received water has no impurities and can be used for drinking, cooking, making tea and other drinks.