Notice: curl_setopt(): CURLOPT_SSL_VERIFYHOST no longer accepts the value 1, value 2 will be used instead in /home/admin/web/eastrussia.ru/public_html/gtranslate/gtranslate.php on line 101
 Ukraine: My hut is not on the edge - EastRussia | News Kamchatka Krai
News February 20 2020
Khabarovsk Krai 14:10 They want to build a new CHP in Khabarovsk by 2025
Primorsky Krai 13:55 250 million rubles will be added to the social infrastructure of Primorye
Kamchatka 13:27 Trutnev: Kamchatka pulls the Far East back

My hut is not on the edge

About 60 citizens of Ukraine have already found work in Kamchatka

Citizens arriving from the territory of hostilities in the Kamchatka region offer vacancies with housing.

In many regions of Russia, aid collection points for refugees and IDPs from Ukraine have been set up, and telephone hotlines are available. The country is ready to receive its neighbors and brothers, victims of a ridiculous war, in unison.

Kamchatka is no exception. Recently, at a meeting of the working group on reception and arrangement of citizens arriving from Ukraine, Deputy Chairman of the Kamchatka Krai Government Valery Karpenko said that a number of recommendations had already been developed for all structures on the priority procedure for preparing the necessary documents for citizens arriving from the territory of Ukraine.

"The document will be sent to the relevant ministries and departments in the near future", - he said.

According to him, at an airport in Petropavlovsk-Kamchatsky in the near future (with 1 August - specified in the agency for employment and migration policy of the region) will install an information stand on which will be detailed information for Ukrainian citizens wishing to move to Kamchatka. He noted that in the event of the arrival of organized groups, including the EMERCOM boards, work on all areas of assistance and support will be organized here.

"People coming to Kamchatka from Ukraine should apply to the employment and migration policy agency of the Kamchatka Territory. There they will receive, if necessary, a referral for medical examination, a referral for migration registration, they have been assisted in the provision of temporary shelter and other priority tasks of the arrangement, "V. Karpenko said.

"Vacancies with housing are offered, the entire list of vacancies is also available. Citizens can choose work, the procedure for issuing permits for Ukrainian citizens who arrived from the territory of military operations is simplified. And for citizens who will be delivered to Kamchatka en masse, a work permit will not be required at all, it will be replaced by a temporary asylum status formalized by the territorial agency of the Federal Migration Service of Russia in the Kamchatka Territory within 3 days from the day the citizen submits the application, "EastRussia commented. ru in the Agency for Employment and Migration Policy.

According to the agency, "every day the number of applications of residents and employers of the Kamchatka Territory, ready to provide housing and work to citizens of Ukraine, increases."

People get a job as mechanics, cooks, managers, fish processing workers, nurses, trainers, etc. Of the self-employed citizens employed 6 people. One woman is employed by a veterinarian, her husband is a gas-electric welder.

The agency noted that all foreign citizens expressing a desire to move to the Kamchatka Territory are invited to participate in the state program to assist the voluntary resettlement of compatriots living abroad in the Russian Federation.

"This is the most acceptable form of arrangement, which helps citizens to get state support in their new place of residence," the agency said.

From the beginning of the year as of July 23, 195 people moved to the Kamchatka region as part of this state program. Of these, the 134 participant of the state program and the 62 member of their families. Of these, citizens of Ukraine are 76 people (58 state program participants and 18 family members). 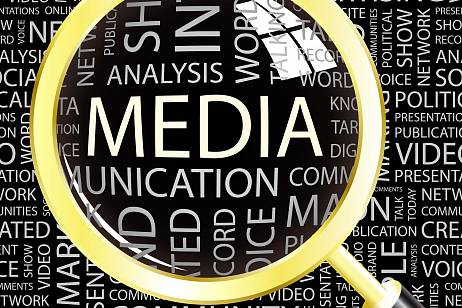 The Republic of Sakha (Yakutia) Emergency

EastRussia.ru and the monitoring agency Medialogy presented an exclusive rating of the visibility of events in the Far East Federal District