Notice: curl_setopt(): CURLOPT_SSL_VERIFYHOST no longer accepts the value 1, value 2 will be used instead in /home/admin/web/eastrussia.ru/public_html/gtranslate/gtranslate.php on line 101
 Alexander Savelyev on possible amendments to the rules for salmon fishing - EastRussia |
News February 20 2020
Khabarovsk Krai 14:10 They want to build a new CHP in Khabarovsk by 2025
Primorsky Krai 13:55 250 million rubles will be added to the social infrastructure of Primorye
Kamchatka 13:27 Trutnev: Kamchatka pulls the Far East back

New is an unforgettable old

Alexander Saveliev on possible amendments to the rules for catching salmon 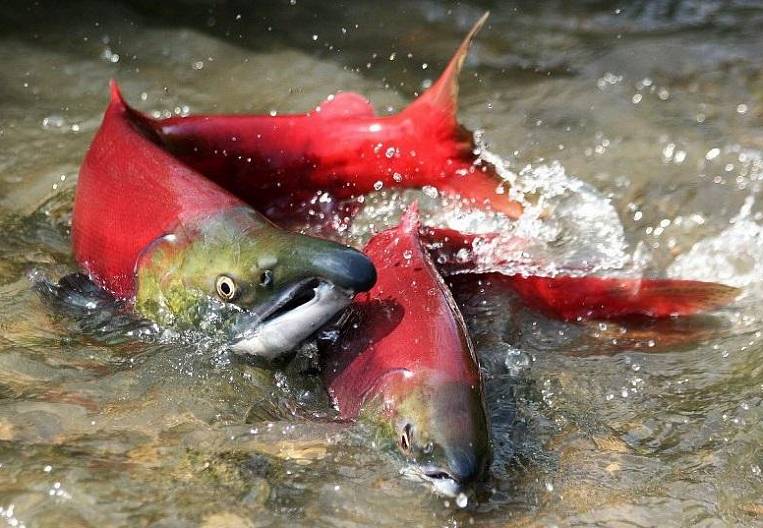 Coronavirus closes Chinese corridor to Far Eastern Farmers Aquaculture numbers Ban on China
All author's materials
Then everyone was agitated by the news about the intention of the authorities to change the rules for the use of fishing areas where salmon are being harvested. Journalists even called the author of the idea of ​​the governor of Sakhalin Oblast Oleg Kozhemyako, dissatisfied with the results of the Putin for the last two years.

For the sake of justice, it should be noted that this idea is not new, but, we can say, old. Eleven years ago, the question of the "Rossiyskaya Gazeta" - "Explain one more point from the president's instructions: why give the salmon rivers to a concession?" - the then head of Rosrybolovstva Andrei Krainy responded literally following: "We intend to hand over only small non-navigable rivers to the concession.Today, two or three companies put their seines on them.We want the principle to triumph: one river is one master.The state will transfer the river under a concession agreement to our fisherman for 20 years with investment commitments Say, he will have to build a factory to freeze fish and cleanse the course regularly of silt, I assure you that if we implement this principle, we will be much easier to fight with poachers on salmon fishing. "Fishermen say: give concession, and with poachers, we'll figure it out ourselves. "

As we now see, the proclaimed principle has not triumphed, the problem has not been solved so far, just like the other instruction of the Russian president, given then, in 2007 at the end of August in Astrakhan at the meeting of the State Council Presidium - on combating poaching, which was given special Attention. Poachers, as they wielded on salmon rivers, are also operating.

As Chernomyrdin said, it never happened, and again!

The principle of "one river - one owner" is discussed at the highest level - on the working group on the development of the fisheries complex under the guidance of presidential aide Konstantin Chuichenko. And once again they motivate the initiative by the need for careful development of territories, the fight against poaching and the creation of incentives for the preservation and reproduction of fish. The Ministry of Agriculture and Rosrybolovstvo is instructed to analyze the financial and economic indicators of users of the sites and the amount of taxes paid by 20 in March, as well as to work out the consequences of their merger.

In Kamchatka and Sakhalin they remember well how the investment competitions for fishing areas were held ten years ago and 700 contracts for 20 years were concluded. Fishing on the rivers of these regions leads many small and medium-sized enterprises. Now we are in a half-step from the breaking of existing treaties and the withdrawal of plots?

And how will "one master" be determined? Will there be a new auction? And it will be able to participate only current users or third-party companies, too? Rivers, by the way, are also different: one ten kilometers, another thirty, in one you can theoretically catch 10 thousand tons of salmon, in another - and thousands will not be typed. There are a lot of questions and the main one is how will we divide it?

The new division of fishing areas in any way will not remain without offended. Eleven years have passed, and in the ears still there is a groan of dissenters with that redistribution, especially on Sakhalin.

The main thing here is not to overdo it as, for example, with the idea of ​​changing the rules for issuing quotas for the crab catch. Appeared at the "Russian fishery company" Maxim Vorobyov and Gleb Frank a happy opportunity to receive a resolution of President Vladimir Putin "to consider" - and let's all break! Just like eleven years ago, Andrei Krainy had a happy opportunity not even to receive a resolution, but real support from the head of state at the State Council, and what was the result? In the middle of the road, as they say, on the crossing of horses we change?
Tags: regulation Catch salmon Putin Rosrybolovstvo poaching

Salmon path in the Far East was in jeopardy 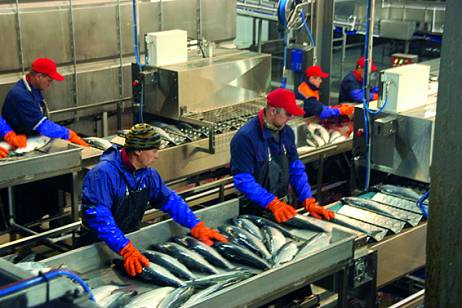 Kamchatka The Far Eastern salmon sailed to the West

According to the published statistics, Russia exports more fish than imports