Notice: curl_setopt(): CURLOPT_SSL_VERIFYHOST no longer accepts the value 1, value 2 will be used instead in /home/admin/web/eastrussia.ru/public_html/gtranslate/gtranslate.php on line 101
 How the fate of Russia's last "narrow gauge" on Sakhalin is being decided - EastRussia | News Sakhalin Oblast
News January 23 2020
Khabarovsk Krai 21:23 New waste sorting stations will be built in the Khabarovsk Territory
Irkutsk Region 19:57 In Tulun removed the threat of flooding of residential buildings
19:35 Cigarettes will go up in price in Russia

Russian Railways decided to postpone the idea of ​​temporarily closing the railway on Sakhalin in the framework of infrastructure reconstruction. Modernization of the island highway will continue in the mode of 10-hour technological "windows", between which the trains will go. Earlier plans to suspend rail transportation caused great public response. 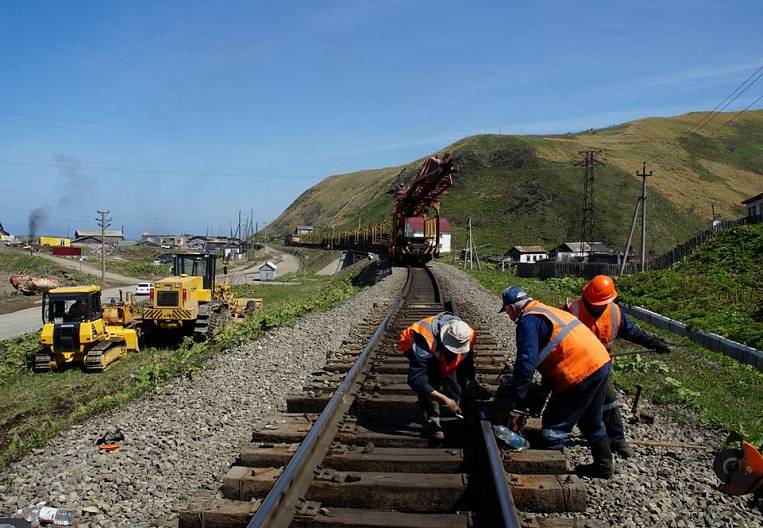 Photo: sdelanounas.ru
The other day on Sakhalin, the first this year laying of a new rail-grille on combined reinforced concrete sleepers - under the network standard 1520 mm with the preservation of the movement of trains along the previous track width 1067 mm (after the end of the "overhaul", one of the rails is shifted into a special groove). The works started on the Chekhov-Tomari stretch. During May-June, the reconstruction of this section will be completed, and the complex of track equipment is relocated to the direction of Ilinskoe - Arsentyevka.

In total in 2018 year it is necessary to modernize 52,4 km of an island highway. All the work this year will be carried out within the technological "windows" five times a week for 10 hours, between which there will be trains.

Earlier it was planned to suspend rail transportation for the entire summer period. This was explained by the large amount of travel work (the reconstruction plan for this season is commensurate with the volume carried out by Sakhalin railwaymen in the last three years), as well as the shortage of a serviceable locomotive fleet, which for the most part has serious wear and tear.

Meanwhile, the plans of RZhD to suspend the operation of the railway on Sakhalin caused great concern. In particular, at the hearings in the Duma of the Sakhalin region, it was said that the switching of cargo flows to alternative railroad modes of transport could lead to an increase in the cost of production and, as a consequence, retail prices. According to the regional Ministry of Agriculture, currently 70% of food is imported to Sakhalin from the mainland. The same situation applies to the transport of fertilizers and mixed fodders. It is extremely difficult to change the established logistics, because of what the supply to local farmers is interrupted.

Representatives of large Sakhalin enterprises also spoke of the problems. For example, the general director of Gornyak-1 LLC (the company's share in transportation along the Sakhalin highway - 61%) Alexey Cmokanic stressed that if the railway is stopped for three months, the coal miners will take eight to nine months to complete the technological cycle. Hence the company can resort to forced reduction of employees. Difficulties will arise in the municipal energy facilities and housing and communal services in the purchase of fuel. "The question of Smirnykh and Poronaysk will become acute, they will have to take coal in Uglegorsk (there is no rail service - EastRussia). The price will grow, the budget will have high costs, and we will somehow get out of it, look for other ways out of this situation, "Alexei Tsmokanich stated.

From the temporary closure of the traffic would have affected the interests of passengers. Local experts have expressed doubts that the bus fleet and small aircraft will be able to ensure the released passenger traffic. Especially the problem would concern residents of remote villages. Especially in many settlements of the region there are no bus stations and the corresponding infrastructure.

It should be noted that from 1 April Sakhalin has stopped pre-selling tickets for summer trains, but by now they have been resumed. As noted in the press service of the Far East Railroad, considering the distance of the route Yuzhno-Sakhalinsk - Nogliki (630 km) and the lack of roads with asphalt to the north of the station Smirnykh, for a period of large-scale reconstruction of the road from 1 June to 31 August, the daily traffic of the passenger train will continue.

The format of the reconstruction in the conditions of the three-month traffic closure was decided to be moved to the summer of 2019 year (for the next season it is planned to finish the works on re-laying the way across Sakhalin, except for the Kholmsk-Shakhty section, which will be reconstructed in 2020). Perhaps, in the coming year, all interested parties will be able to prepare for the temporary closure of the railway communication.

Recall, the modernization of the road on Sakhalin is carried out from 2003 year. Over this period, more than 600 km has been rebuilt, which is two-thirds of the main route of the island highway. The volume of investment invested for 15 years exceeded 19 billion rubles. Considering the role of the railway in ensuring the social and economic stability of the region and the smooth functioning of the region's enterprises, it is time to complete the whole complex of works in 2020.

With the end of the modernization of the island highway, the problem of an aging rolling stock will disappear - continental machinery will operate on Sakhalin. This will improve the quality of transportation. For example, says Alexander Gavrilenko, deputy head of the Far Eastern Railway in the Sakhalin region, a new series of locomotives will come to the island, which will increase the weight of the trains. So far, in the area of ​​Zaozernaya station, there is a restriction on skipping trains - their mass should not exceed 600 tons. With the same traction, railway workers will be able to transport twice as much cargo. Railway transport will be able to provide increasing volumes of loading of Sakhalin shippers. "Gornyak-1 will have difficulties, we will close all its needs for 100%," Alexander Gavrilenko assured.
Tags: transport infrastructure Railway modernization building investments Sakhalin 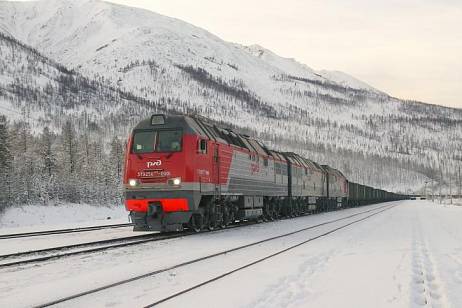 Opinions We are interested in modernizing the BAM Read More