Notice: curl_setopt(): CURLOPT_SSL_VERIFYHOST no longer accepts the value 1, value 2 will be used instead in /home/admin/web/eastrussia.ru/public_html/gtranslate/gtranslate.php on line 101
 Primorye discussed prospects for closer ties with South-East Asia - EastRussia |
News February 22 2020
Khabarovsk Krai 13:21 The case of the former deputy chairman of the Khabarovsk Territory was brought to court
09:00 Experts named the regions with the highest rental prices
08:15 Expectant mothers will be saved from bureaucracy with patrimonial certificates

Experts predict that in the future the nearest 5-10 years, as international cooperation with the APR countries develops, the Russian Far East may face a threat from extremist groups that abound in South-East Asia. EastRussia has studied the opinions of experts on this matter at the round table of the Expert-Analytical Center of the Far Eastern Federal University. 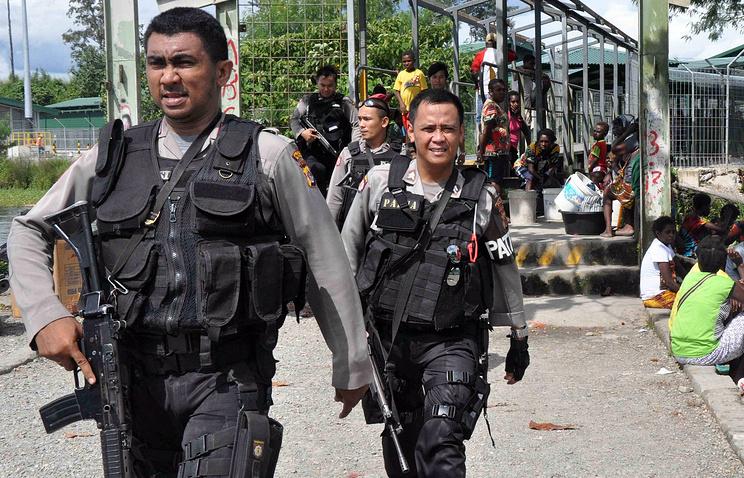 Photo: TASS
Participation in the round table 30 March was attended not only by the FEFU Expert-Analytical Center, but also by the Director of the Department of International Cooperation of the Primorsky Territory Administration Alexey Starichkov, the Second Secretary of the Representative Office of the Russian Ministry of Foreign Affairs in Vladivostok Evgeny Volosatov, the Honorary Consul of Malaysia in Vladivostok Pavel Maximov, the ASEAN Youth Ambassador in Vladivostok Jambi Province (Indoneasia) André Pavíra and other guests.

"Here and now we are trying to say a new word," said Director of the FEFU Expert-Analytical Center Dmitry Shelest at the beginning of the meeting. - Speaking of extremism, we mostly look towards the North Caucasus, Transcaucasia and the Middle East, whereas throughout the world South-East Asia is recognized as a region of the second front for combating extremism and terrorism. The Far East, and especially Primorsky Krai, is very close to this center, and if we take into account the course on the APR, which is taken by the Russian government, then we simply need to provide all the risks in order to protect ourselves from the potential threat.

The turn of Russia towards the APR is not yet global, experts say. So far, international cooperation with Indonesia, the Philippines, Malaysia, Thailand and Singapore has not been as close as with China, Korea and Japan.

"Already in 5-10 years our attitude to these countries can change a lot," added Dmitry Shelest. - There are several factors contributing to this. Firstly, more and more Russian tourists go to Southeast Asia each year, our companies build their presence there. All these subjects may face aggression from extremist groups. Secondly, the sea routes of our fishing vessels pass through these countries, so the risk of piracy is high. Thirdly, our region needs cheap labor, which is abundant in the countries of South-East Asia. We used to attract labor from abroad, but such relations, for example, with North Korea, will soon stop because of the UN Security Council resolution. The Chinese and Middle Easterners work with us has become less profitable.

At the same time, in Primorye alone, about 40 projects are realized within the territories of advanced development and the free port of Vladivostok. We do not have enough 63 thousand pairs of hands, and we can not provide them at the expense of our citizens: most often we need low- or middle-skilled specialists, whose work our citizens do not want. In the Far East, there was already an experience of attracting employees from the Philippines - welders - when a gas pipeline was built on Sakhalin. In addition, India is increasingly bringing its specialists to Kamchatka. Thus, if the volume of labor from the countries of South-East Asia increases, the risks will also increase.

A study of the situation with extremism in the ASEAN countries for the round table was prepared by the senior teacher of the Department of Communications and Media Dmitry Kumanev. According to him, dozens of political, religious and racial extremist groups operate in South-East Asia. Most of the inhabitants of these countries are Muslims.

- Most of the groups are coordinated at the domestic and international levels, receive strong financial support within the country - from sympathetic citizens, and also from outside - from like-minded people from the Middle East (Syria, Iraq). In addition, these groups earn a criminal business - trafficking in drugs, weapons, people. Regions of South-East Asia - a recruiting site, a reserve base for extremist groups in the Middle East. There is presented including IGIL, which is banned in Russia.

The FEFU Analytical Center has been working in the Far East for about a year, and is preparing its own research, including for the Ministry for the Development of the Far East. According to Alexey Starichkov, the existence of such a center in the region is mandatory.

"In our country there really is a problem of insufficient knowledge of what is happening in the world," added Starichkov. - This knowledge must be generated by the scientific community. All of us all have to understand that the great responsibility of the development of the region has fallen on our shoulders. Analysis is an important tool for this development, a way of generating new knowledge. However, this knowledge should not be useless. We see that practitioners for their part are one-sided and believe in momentary, and theorists are somewhat divorced from reality. Therefore, we will have to establish a symbiosis of theory and practice in the region, in order not only to develop it, but also to protect it.
Tags: Southeast Asia tourism the international cooperation APR migration work migration building work force staff extremism

Opinions Japan and India looked back at China