Notice: curl_setopt(): CURLOPT_SSL_VERIFYHOST no longer accepts the value 1, value 2 will be used instead in /home/admin/web/eastrussia.ru/public_html/gtranslate/gtranslate.php on line 101
 Looking for partners for gas processing on the island - EastRussia |
News January 18 2020
The Republic of Sakha (Yakutia) 10:33 A private concessionaire was chosen for the construction of a bridge across the Lena
January 17 2020
17:43 Banks reduce mortgage requirements
14:30 Putin's rating increased after the announcement of the message


Irkutsk Region 07:08 4 billion rubles will be required for the resettlement of floaters in the Angara region
06:46 The human factor could cause an emergency with SSJ 100 in Domodedovo
More news
Media News2
HOME Analytics 10.10.2018

On the island looking for partners for gas processing

The authorities of the Sakhalin region offer the Japanese Mitsui and Mitsubishi to organize deep processing of natural gas. The island economy needs a transition from raw materials to the development of high-tech profitable industries. If these plans are implemented in the Far East, another gas chemical cluster may appear. Why is he on the island and how realistic are such plans, EastRussia understood. 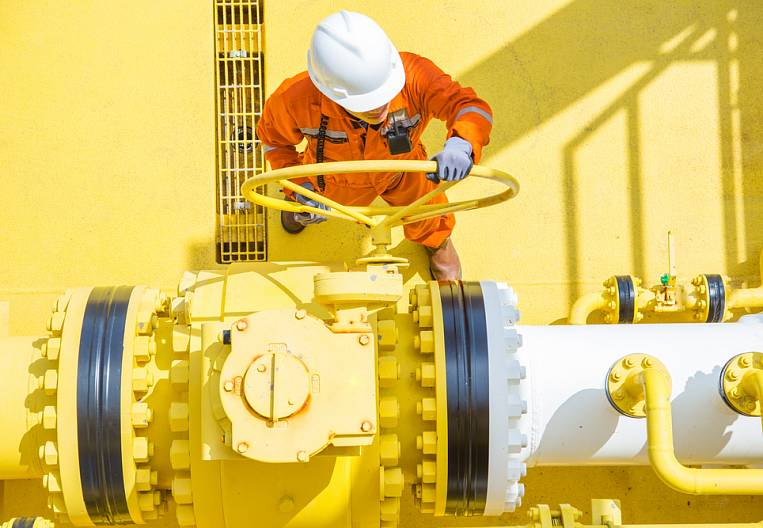 Photo: shutterstock.com
As is known, Mitsui and Mitsubishi are participants in the Sakhalin-2 offshore project, where they own, respectively, 12,5% and 10% (the largest share, 50% plus one share, has Gazprom, another 27,5% minus one share - from Shell concern). Since the start of this project, the operating company Sakhalin Energy - a production sharing agreement was signed with the consortium in 1994 - more than 161 billion cubic meters have been produced. meters of natural and associated gas, as well as over 68 million tons of oil and condensate. In particular, in 2017, the plant in the Prigorodnoye settlement produced 11,5 million tons of LNG. The Sakhalin-2 project ranked sixth in the world in terms of the amount of liquefied natural gas produced. The share of Sakhalin LNG in the Asia-Pacific markets was 9%, in the global market - about 4%, and now Sakhalin Energy is working to expand the capacity of the LNG production plant, said Ole Myklestad, the company’s production director.

In general, the production of natural gas on Sakhalin maintains a positive trend. For 8 months, 21,3 billion cubic meters was extracted from the fields of the region. m, which is 6,8% higher than the corresponding 2017 result of the year.

According to the press service of the Sakhalin Oblast Administration, the first work on drawing up a master plan for the use of Sakhalin natural gas was carried out back in 2006, jointly by the companies Mitsui and Mitsubishi, with the support of the Japan Bank for International Cooperation (JBIC). The document justified the need for the development of gas and chemical production on the island. It was supposed to use "blue fuel" not only in the energy system, but also to create products of deep processing - methanol and ammonia.

Due to the lack of sufficient gas and infrastructure, the project was not implemented at that time. At the suggestion of the Sakhalin region, Mitsui together with another Japanese company, Chiyoda Corp. returned to work on the drafting of the document. This year, she gave her work to the regional government. At the same time being consulted with Mitsubishi. In September, at the IV Eastern Economic Forum, this corporation signed a declaration of intent to create a plant for the production of methanol.

If these intentions come true, on Sakhalin, along with the Amur and Primorye, a petrochemical and chemical cluster will arise. Currently, in the Amur region, Gazprom is building a gas processing plant that is technologically connected with the Power of Siberia trunk pipeline. GPP design capacity 42 billion cubic meters. m per year is designed to prepare gas for export supplies to China, to obtain ethane fraction, liquefied hydrocarbon gases and helium. Gazprom’s partner in the SIBUR group project plans to create a gas chemical complex nearby, capable of producing up to 1,5 million tons of polyethylene of various grades annually. Its occurrence will occur after the Amur GPP will reach a certain level of ethane production, which will serve as raw material for further processing. As expected, this will happen no earlier than 2024 of the year.

Another gas processing plant will appear in Skovorodino on the basis of an oil terminal that was built as part of the first stage of the ESPO project. With the completion of the construction of the main oil pipeline to the port in Kozmino Bay, the need for rail transportation of oil has practically disappeared. The project is implemented by JSC "Technoleasing" (included in the ESN group). The investor already has an agreement with Gazprom for the supply of the necessary amount of raw materials, and technical conditions have been issued for joining the state monopoly infrastructure.

The new plant will produce up to 1 million tons of methanol per year. “Methanol is an auxiliary product for a wide product line. We have an additional volume of gas, which we will use within the framework of the second and third stages of the plant to create production facilities for further processing, ”said Boris Krasnovsky, General Director of ESN LLC.

Following the oil, methanol gives the fastest commercial effect, says Nikolai Sabitov, general director of Nakhodka Mineral Fertilizers Plant. Therefore, the company plans to first establish production of this type of product - up to 1,8 million tons per year. Construction of the plant will presumably begin in the spring of 2019, and will be completed in 2022. Approximately a year after that, it is planned to launch an ammonia production line - about 1,1 million tons.

The availability of the resource base (natural gas reserves in the east of the Russian Federation are estimated at 4,6 trillion cubic meters) and proximity to the growing markets of the Asia-Pacific region makes the Far Eastern projects in the field of deep processing of hydrocarbons quite competitive, says Ernst & Young partner, head of strategy in the CIS countries, Anton Order. The cost of logistics from the Far East, for example, to Shanghai is $ 20-30 per ton.

Currently, Anton Poryadin continues, plastic consumption is increasing in the world, which affects the development of the petrochemical industry. The growth driver is China. In 2010, plastic consumption in China was 44 kg per capita. According to the results of 2018, it will increase to 67 kg, and in 2025, to 95 kg. The use of plastic in construction is expanding. Currently, its annual consumption in the global construction industry reaches 51 million tons, including in the PRC - to 13,4 million. By 2025, this volume will increase in the world to 61,9 million, in China - to 16,7 million tons.

Experts also see good prospects in the mineral fertilizer market. As Nikolai Sabitov noted, back in 2015, China exported 14 million tonnes of urea, but then set a course for closing old and dirty production. As a result, it is expected that its exports in 2018 will be reduced to 1,5-2 mln. Tons. The Far East may well occupy a vacant niche, including supplying ammonia to China itself, especially to densely populated coastal areas, where our logistics reach in the most favorable way ".
Tags: industry chemistry gas Recycling gas chemistry investments Sakhalin

Sakhalin Region The bridge in exchange for gas?