March 27 2020
17:05 The first Russian supertrawler was launched
14:31 Unified State Exam transferred because of coronavirus
13:46 Alcohol sales may be limited due to coronavirus
12:32 Another person in Russia died of coronavirus
11:49 Russian companies intend to cut salaries due to crisis


11:35 Banks began to lose depositors after Putin's appeal
11:19 Banks will switch to New Year's mode of operation due to coronavirus
Primorsky Krai 11:09 In kindergartens of Primorye, duty groups for quarantine will open
Sakhalin Region 10:38 Tourists from Thailand will be quarantined in the resort of Sakhalin
Kamchatka 10:36 Kamchatka state employees will be indexed by salaries by October

The development of the deposits of the Bering coal basin and the Baim ore zone in Chukotka will give an impetus to the Chukotka economy. Exports of coal to the countries of the Asia-Pacific region (APR) are planned.

The start of pre-mining at the Amaama field in the Beringovsky coal basin - the launch of the beneficiation plant is scheduled for 2017-2018. On the basis of the explored deposits of the Baim ore zone, the mining enterprise is to be commissioned in 2024 year with the output of the designed capacity by 2025 year.

“The Bering pool is being implemented as a commercial project. The county government provides full support at the organizational and bureaucratic levels. By and large, we help to do all the paper work. With the support of the plenipotentiary representative Yuri Trutnev, we were able to reduce the time it takes to obtain a license, thus making it possible to start work faster. As for the second project, it cannot be said that the money will be only government or only private. It is very large, integrated. It envisages the development of the airport, port infrastructure, roads, energy, construction of the mining and enrichment plant and everything else, ”said the governor of the region, Roman Kopin.

“The design capacity of the Amaama field in the Beringovsky coal basin is 7 million tonnes of coking coal per year, the Alkatvaamskoye field — 5 million tonnes of commercial coal per year,” said Tatyana Kashirina, head of the subsoil use department of the Chukotka regional government's industrial policy department. - The design capacity of the mining enterprise of the Baim ore zone is 30 million tons of ore per year. The product of the GDP is copper and molybdenum concentrates. The annual production in concentrates will be: copper - 180-200 thousand tons, gold - up to 9 tons, as well as molybdenum, silver, rhenium, selenium, tellurium, platinum, palladium and other associated metals. A possible development option for the Baim ore zone provides for the organization of a full cycle, which includes the deep processing of raw materials and the production of cathode copper as the final product. ”

Government costs for the construction of the production complex of the Beringovsky coal basin are estimated at 70 billion rubles, the Baim ore zone - at 168 billion rubles.

The volume of private investment in the Bering coal basin is $ 48 million. This money is invested by the Russian Direct Investment Fund (RFPI) and Baring Vostok Private Equity Fund V in the Australian Tigers Realm Coal Limited, which will implement the project. Share of RFPI - $ 15 mln.

The investor for the industrial development of the Baim ore zone has not yet been determined, but the government of the Chukotka Autonomous Region intends to attract 50-80 billion rubles. private investment.

"The total increase in the revenue of the Chukotka Autonomous District as a result of the launch of these projects may amount to 200 billion rubles. in year. In addition, the district will receive more than 4000 new jobs, - said EastRussia.ru Deputy Governor, Head of the Department of Industrial Policy of Construction and Housing of Chukotka AO Valery Vasiliev. - The project for the development of the Baima ore zone is the largest industrial development project in the Far East, consisting in the development and development of a cluster of extractive and processing industries. The project of development of the Baim ore zone can expand its scope by deepening the metallurgical redistribution, organizing refining of extracted raw materials and obtaining cathode copper at the deposit. The organization of the metallurgical redistribution will bring additional investments into the economy of the Chukotka Autonomous Okrug, will increase tax revenues to the regional and federal budgets. In total, this will bring the district more than 60 billion rubles. Additional revenue each year. Additional tax revenues will pay off state investment in infrastructure in six years after the launch of industrial use of deposits. "

The implementation of the project for the development of the Beringovsky coal basin, according to V. Vasilyev, will have a positive impact on the employment dynamics of the population; will increase the demand for local products, will contribute to the modernization and improvement of existing transport and engineering infrastructure.

“It is planned to build fish-breeding plants, which should repeatedly block possible damage to the spawning grounds of fish. The development of transport infrastructure during the implementation of the project includes the modernization of the Beringovsky airport and the revival of small and ultra-small aircraft; construction of roads and railways with a length of more than 120 km; Port year-round navigation in the Arinai lagoon. Construction of the port year-round navigation will allow the export of coal and other minerals; regular delivery of general cargo and food for the private sector; creation of a base for the Chukchi fishing fleet; shelter for ships from bad weather; full integration with other Far Eastern regions, ”said the Deputy Governor.

Deliveries from the Beringovsky basin will go, according to the information of the government of the Chukotka Autonomous Region, mainly to the APR countries. Scope of supply 10 – 12 mln. Tons

In 2019-2021 It is planned to stop and stage-by-stage withdrawal from the Bilibino NPP power unit generation mode. But, according to the government of the Chukotka Autonomous District, coal mining in the Bering coal basin does not imply replacement of the energy produced by Bilibino NPP, as previously planned.

"In the framework of the Chukotka Energy Development Strategy until 2035, a version of the future GOK mine at the Peschanka deposit (Baimskaya ore zone) from the Ust-Srednekanskaya HPP and electricity supply via the Omsukchan-Peschanka transmission line, which has a total length of 868 km, is being worked out," Vasiliev said. - This option is not approved and is considered on an equal basis with other energy supply projects: Construction of a CHP plant in Pevek 60 mW, construction of an energy center in Bilibino 20 mW, construction of a CHP plant near the coal deposit Long-awaited 220 mW (possibly).

"Rosatom" offers another option for the development of the Chukotka energy sector. The state company will build and can tow the first floating nuclear thermal power plant (FNPP) to the shores of the Pevek port by the year of 2018. FNPPP can supply electricity to gold, silver, copper and other non-ferrous metals in the Far North, as well as replace the outdated Chaunovskaya TPP and Bilibino NPP. The annual amount of electricity production can reach 450 million kWh per year, and heat energy - up to 350 thousand Gcal per year.

“The environmental damage of the FNPP will not inflict years since Bilibino NPP 35, and it works without serious failures and catastrophes. If Rosatom manages to tow the FNPP to Chukotka, it will not be necessary to carry coal and firewood, pull the gas pipeline to remote areas, ”says Yevgeny Shulepov, chairman of the Far Eastern Association of Industrialists and Entrepreneurs.

According to the expert of Investkafe, Ekaterina Shishko, the recoupment of the project of the floating nuclear power plant is not stipulated.

“The construction of a floating nuclear power plant is also due to the deterioration of the Bilibino NPP. It is unprofitable due to the absence of large consumers in the region. It is planned that the nuclear power plant will be transferred to the mode of heat generation, and the floating station will be able to provide electricity to the Bilibinsky district, ”said E. Shishko. 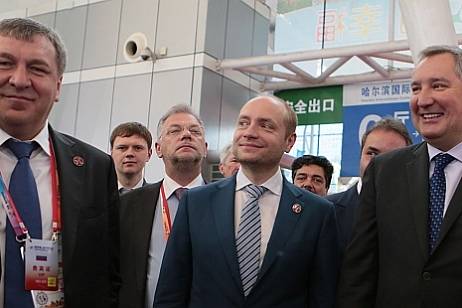 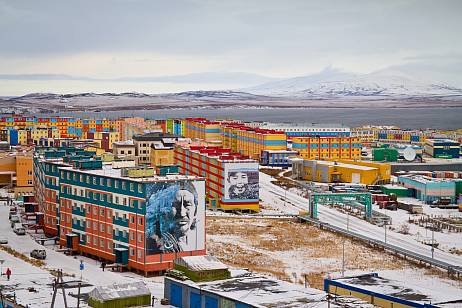 "We now have our own, practical example of what can be achieved in the Far East"