Notice: curl_setopt(): CURLOPT_SSL_VERIFYHOST no longer accepts the value 1, value 2 will be used instead in /home/admin/web/eastrussia.ru/public_html/gtranslate/gtranslate.php on line 101
 Far Eastern Marine Reserve is struggling with a cottage developer in a protected bay - EastRussia |
News January 18 2020
The Republic of Sakha (Yakutia) 10:33 A private concessionaire was chosen for the construction of a bridge across the Lena
January 17 2020
17:43 Banks reduce mortgage requirements
14:30 Putin's rating increased after the announcement of the message


Irkutsk Region 07:08 4 billion rubles will be required for the resettlement of floaters in the Angara region
06:46 The human factor could cause an emergency with SSJ 100 in Domodedovo
More news
Media News2
HOME Regions Primorsky Krai 06.12.2019

Save the Bay of Salvation

The leadership of the Far Eastern Marine Reserve in Primorye, which has the status of a UNESCO biosphere reserve, is trying to achieve the demolition of cottages that the owner of the site built on the shore of one of the most beautiful bays of the Far East - Salvation Bay. While the proceedings are ongoing, the threat to the bay is growing. 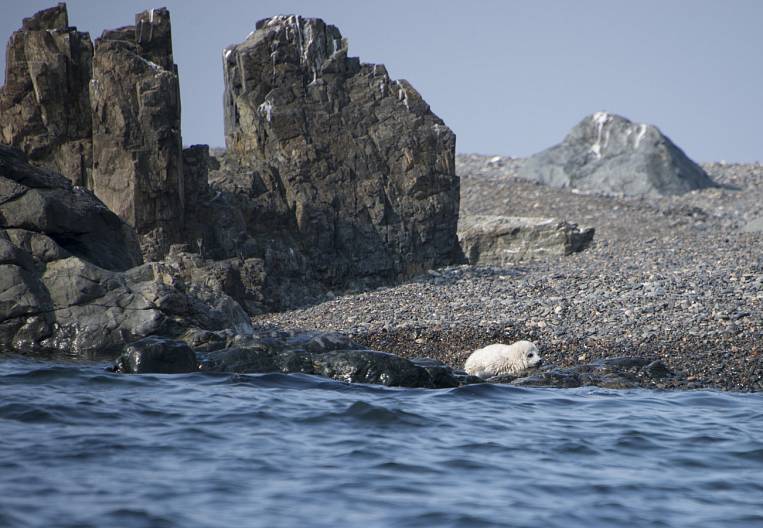 The Far Eastern Marine Reserve was created in 1978 to preserve the natural environment of marine and island fauna and flora of Peter the Great Bay of the Sea of ​​Japan and, above all, the gene pool of marine organisms. In September 2003, the reserve received the status of UNESCO Biosphere Reserve. There are four nature monuments under the protection of the marine reserve. In the protected area there is the only nesting place for the yellow-billed heron and the small spoonbill in Russia, as well as one of the largest rookery rookeries in the Peter the Great Bay. Gigantic octopuses, trepangs and many other protected species also live in the reserve.

The reserve territory includes 63 thousand ha of marine water area and 1 136,3 ha of land territory. A security zone with a width of 500 meters has been established along its land borders. Just on this edge on the shore - meters in 100 from the water line - there are four two-story cottages and several more buildings - baths, utility rooms.

The “war” of the leadership of the Far Eastern Marine Reserve with the owner of the site in Salvation Bay, where the houses are located, has been going on for several years, and all this time the institution has been trying to achieve the demolition of the cottages. The story began back in the 90 years of the last century: there was no developed road network in the reserve, and the inspectors working there could receive a hectare of land to set up a garden and provide themselves with vegetables. According to the management of the reserve, the category of these land plots is a private subsidiary farm. That is, according to the law, only one house can be built on them. Subsequently, one of the former inspectors sold the site, and the new owner Valery Goncharov began to build it up.

“The owner of the land plot with the purpose and type of permitted use“ For conducting personal subsidiary plots ”constructed seven capital construction projects, a fence, an artificial embankment, cattle pens, solar panels, engineering structures: a septic tank and a well. They were built by citizens who received ownership of the land, but did not receive permission in accordance with the requirements of the legislation of the Russian Federation. At the same time, state environmental assessments were not carried out, ”explained Aleksey Gribanov, senior state inspector in the field of environmental protection of the Far Eastern Marine Reserve.

In 2009, the head of the Zarubinsky settlement, which includes Salvation Bay, issued permission to build one house on the site, but he canceled it a year later, adds Gribanov. According to the results of an administrative investigation, to which independent experts were also involved, representatives of the reserve found out that seven objects on the site were also built in violation of town-planning norms and rules. So, according to the article 222 of the Civil Code of the Russian Federation “Unauthorized construction”, they must be demolished. In addition, part of the buildings is located outside the legal area.

“The material collected contains signs of criminal acts, and therefore the materials go beyond our competence. I signed a document on the termination of the administrative investigation in order to transfer it to the authorities that should deal with it, ”said the director of the Far Eastern Marine Reserve Nikolay Yakushevsky.

The main concern for the reserve is that the operation of several large houses on the shore of a clean bay can affect its condition due to the discharge of sewage. and removing the soil layer during capital construction - all this entails the entry of ground and surface waters into the sea. The prosecutor’s office began its verification of the results of the administrative investigation and soon reported the results.

“The objects of capital construction were erected without obtaining the relevant permits, and other structures were erected whose presence on this land plot contradicts the established restrictions for the conservation zone of the reserve. In connection with the above, the district prosecutor’s office introduced the idea of ​​eliminating violations of the law to the administration of the Zarubinsky city settlement, ”the prosecutor’s office of the Khasansky district of Primorye said.

This implies that illegal buildings in Salvation Bay need to be demolished. The military prosecutor's office of the Pacific Fleet is still continuing its verification.

It is noteworthy that in November this year, a similar precedent occurred at the other end of the country. The Supreme Court of Russia put an end to the dispute between the Central Black Earth Reserve named after Alekhine and the owners of the plots on its territory. How many years ago in the village of Kukuyevka, Kursk region, agricultural land was transferred to the category for private housing. These sites quickly sold out, and someone enriched themselves on the sale. The owners of the territories could not register the newly built houses - Rosreestr refused to issue them, referring to the lack of coordination with the reserve. And in the end, the court sided with the protected areas, determining that any construction in the security zone should first be agreed with the reserve.

Despite the results of the prosecutor’s inspection, a point in the history of the struggle of the Far Eastern Marine Reserve has not yet been set. The owner of the cottages is ready to defend the right to buildings in court, and the reserve hopes that the executive authorities will complete the case and fulfill the submission of the prosecutor to eliminate violations.