Notice: curl_setopt(): CURLOPT_SSL_VERIFYHOST no longer accepts the value 1, value 2 will be used instead in /home/admin/web/eastrussia.ru/public_html/gtranslate/gtranslate.php on line 101
 Amurzoloto does not give to the Chinese: How will the FAS decision on the Chinese investor affect the attractiveness of the Far East - EastRussia |
News January 20 2020
Sakhalin Region 15:54 Minimum wage agreements will begin to conclude on Sakhalin
Khabarovsk Krai 15:45 Power engineers cannot restore electricity supply in BAM villages
Primorsky Krai 15:29 Graduates of orphanages received apartments in Primorye 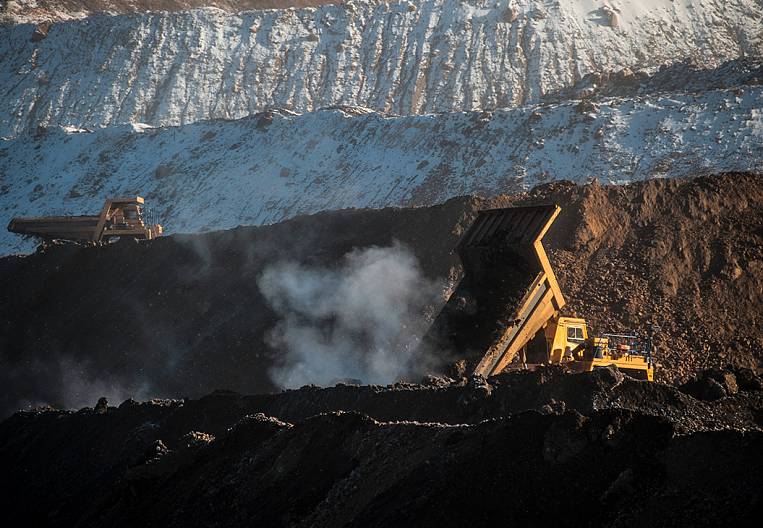 Photo: RIA Novosti
The Sixth Arbitration Appeal Court satisfied the requirements of the Federal Antimonopoly Service of Russia and invalidated the transaction for the purchase of 100% in Amurmed LLC by a Chinese investor.

The story began in the summer of 2018, when the FAS Russia appealed to the Arbitration Court of the Amur Region with the requirement to invalidate the acquisition of the Heihe Trade and Economic Limited Liability Company Jinhin 100% in Amurmed. The transaction itself took place on 30 in March of 2017, when the general director of Amurmedi, Yevgeny Panomarenko, sold the Chinese company shares in the authorized capital for 3 million rubles.

LLC Amurmed was established as a subsidiary of the management company Intergeo, which was part of Mikhail Prokhorov’s ONEXIM Group. In 2012-2013, Amurmed dealt with the assessment of the reserves of the Ikansk copper-porphyry deposit in the Zeisk district of the Amur region. In 2015, the reserves of this deposit of federal significance in the amount of 710 thousand tons of copper were confirmed at the State Commission on Mineral Reserves. In “Intergeo” they planned to carry out additional exploration of the deposit and, by the beginning of the 20-s, to enter the design and construction of the mining and processing plant. However, in February 2017 of the year, Intergeo sold Amurmed to Yevgeny Ponamarenko, who, in turn, resold the Chinese company, Jingyin.

In the opinion of the FAS Russia, the deal resulted in violation of federal law No. 57 “On the procedure for making foreign investments in business entities of strategic importance for ensuring the defense of the country and the security of the state.” According to this law, Amurmed falls under the definition of an economic society that is of strategic importance for ensuring the country's defense and state security, as it has a license for exploration, geophysical and geochemical studies of the subsoil and was engaged in the exploration and evaluation of a subsoil plot of federal importance. Acquisition of more than 25% in such companies requires coordination with the Government Commission for the Control of Foreign Investment in the Russian Federation.

“Before concluding a deal, the parties were obliged to file a petition and a package of documents with the antimonopoly service,” explains the lawyer Sergey Krivosheev. - The service together with the Ministry of Defense and the Federal Security Service is obliged to check the company for compliance with a number of signs - here both the availability of appropriate licenses and work related to access to state secrets, participation in the defense order, and much more. Then the FAS accumulates all the information received and sends it to the government commission along with a proposal for a decision on the transaction. The Commission, in turn, evaluates all the data received and makes a decision either on the approval of the transaction or on the refusal. In the case of a positive decision, the commission imposes certain obligations on the company, which are related to ensuring the security of the state, says Krivosheev.
The Amur arbitration court found a violation of the law, but did not recognize the transaction as invalid. Among the arguments cited, the court noted that Panomarenko and Jinin’s owner Zhang Baohua voluntarily terminated the 28 contract of April 2018 of the year, which means that the fulfillment of the FAS requirements would not change the current legal situation. In addition, the court noted that the antimonopoly service did not provide evidence that the conclusion of the contract had any negative consequences.

FAS was not satisfied with this decision, and she appealed to the Sixth Arbitration Appeal Court. According to lawyers of the antimonopoly service, being under the illegal control of the Chinese, Amurmed performed legally significant actions that could harm the defense of the country and the security of the state. In addition, in the appeal statement, the FAS expressed concern that the recognition of the position of the court of first instance would lead to the creation of a precedent in which transactions violating federal law would be made, and when the FAS responded, it was terminated without any consequences. The Sixth Arbitration Appeal Court upheld the demands of the anti-monopoly service and declared the acquisition of Jinying 100% Amurmedi invalid, and the decision of the court of first instance invalid.

“Judicial practice on transactions falling under the action of 57 federal law is not very big, but it is there,” says lawyer Sergey Krivosheev. - For example, in 2011, the Supreme Arbitration Court considered a case in which foreign companies tried to create an organization and contribute to its share capital shares of MegaFon, which is a strategic business entity. Then the court found that such a transaction could lead to the establishment of foreign control over the new company and, therefore, over MegaFon, since the new company will be transferred to a controlling stake in MegaFon. In the case of Amurmedyu, in my opinion, there is a serious legal flaw, - notes Krivosheev.

Indeed, at the time of the sale of Intergeo to Amurmedi, it was obvious that the deal with Ponamarenko was a formality. Last in an interview with Kommersant expressly statedthat the “Peking state company” should become the “final owner of Amurmedy”.

“Considering the growth rate of the Chinese economy and the enormous resource requirements, Chinese capital is actively invested in projects related to the extraction and processing of mineral resources,” says Nikolai Lipatin, Candidate of Economic Sciences. - The Ministry of Commerce of China and the Chinese Foreign Ministry for Russia have established a list of priority sectors for Chinese investors. In this document, the extraction of coal, iron ore, copper ore and other minerals is in the first place. Therefore, Chinese companies are actively working in this direction.

Thus, Nikolai Lipatin continues, Chinese investors participated in the implementation by Norilsk Nickel of a project to launch Bystrinsky GOK in the Trans-Baikal Territory.

“They will also extract copper there,” the expert says, “but the domestic business is still leading. (The Chinese own 13,33% share in the project - EastRussia.) Although now there is talk of increasing the share of Chinese capital in the Bystrinsky project, it is unlikely to exceed 25 percent. In the case of Amurmedyu, the Chinese clearly overestimated their strength and were poorly prepared for the implementation of this project. To enter the field at the federal level without relying on a large Russian company is a very risky step. I do not think that this situation will have a significant impact on the overall investment climate in the Far Eastern region. Obviously, in the case of Amurmedyu there is a weak study of the issue, concludes Lipatin.

This opinion is also shared by the Ministry for the Development of the Far East. They note that such situations do not affect the overall positive dynamics of Russian-Chinese cooperation.
- The People’s Republic of China is Russia's main partner in the Far East. The volume of investment from China is about seven percent of the total investment, mutually beneficial cooperation is developing in areas such as transport, infrastructure, agriculture, and the processing of natural resources. In the Far East, Chinese companies are implementing more than 40 projects, the department’s press service noted.

How the situation will develop with Amurmedyu in the future is not yet clear. In 2019, the company has a license for geological exploration. Despite the actions of the FAS and the decision of the Arbitration Court, at the moment Amurmed remains a company under the control of Chinese capital. According to open source dataJingin owns 25 percent of shares in Amurmedi’s share capital. 75 percent shares or 1 520 250 rubles are the property of LLC Magot. In turn, the co-founders of "Magot" are the owner of the "Jinin" Zhang Baohua and Xing Chanan.

Lawyer Sergei Krivosheev believes that the FAS can once again go to court.

“Even if we do not take into account the fact that Magot LLC, which owns 75 percent of Amurmedi’s shares, is in fact a Chinese company, then Jinin’s own 25’s percent of Amurmedi’s share capital is already a violation of the law,” says Sergey Krivosheev . - According to 57-FZ, a business strategic company is considered to be under the control of a foreign investor if it owns 25 percent of the shares of such a company. Therefore, the FAS has every reason to re-enter the court and recognize the transaction on the entry of the Chinese company into the authorized capital of Amurmedi invalid, - the expert explains.
Tags: gold investments Amur Region

Interview Ivan Abramov: "I am wary of the Chinese investor"

A deputy of the State Duma believes that today in the Far East there are not enough strong governors - not those who can put an acute question to the head of the country.