Notice: curl_setopt(): CURLOPT_SSL_VERIFYHOST no longer accepts the value 1, value 2 will be used instead in /home/admin/web/eastrussia.ru/public_html/gtranslate/gtranslate.php on line 101
 Why extracting companies can not do without modernization of BAM and Transsib - EastRussia | Analytics of the East of Russia
News January 24 2020
17:27 In Russia, they want to reduce the tax for receiving accumulated pension
16:04 Russian cadets will take part in the celebration of the Republic of India Day
15:08 The enterprises of the military-industrial complex will write off debts


Khabarovsk Krai 06:19 Global cultivation of ginseng will be in the Khabarovsk Territory
06:00 Experts have calculated savings on a mortgage with Putin's support measures
More news
Media News2
HOME Analytics 13.09.2017

The most important item of Russia's revenue from trade with the APR countries is coal exports, it was stated at the third Eastern Economic Forum. If in 2009 the Far East direction accounted for 46% of the total transportation of Russian coal products, then in 2016 this share increased to 60%. But the growth in supplies directly depends on the development of the railway infrastructure. Therefore, for the continuation of the modernization of the Baikal-Amur Mainline and the Trans-Siberian Railway, coal mining companies are the first to act. 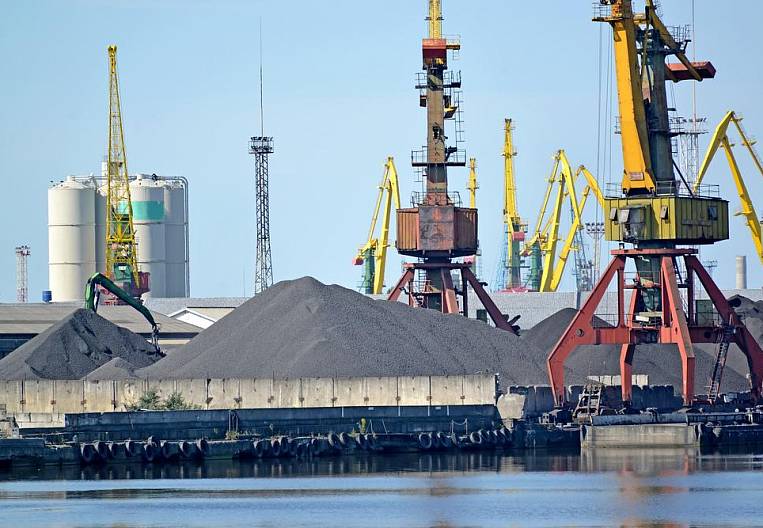 Photo: shutterstock.com
Special project Coal of the East of Russia
According to the partner of EY, Boris Yatsenko, the head of the services group for the mining and metallurgical sector in Russia and the CIS, according to the polls of the coal mining enterprises, 88% of Russian companies expect an increase or maintain the level of world coal prices in 2017. At the same time, 44% of market participants plan to increase production of solid fuel. About plans to increase the indicators by more than 50% said 19% of enterprises.

According to forecasts, this year the volume of solid fuel exports to the APR countries will exceed $ 5 billion. The share of coking coal will reach 25%. For comparison, in 2014, this indicator did not exceed 18%.

Export of coking coal premium class is going to develop the company "Kolmar", which is mining in the south of Yakutia. At present, it is completing the construction of the second concentrator at the Inaglinsky complex, which will begin operation in March of the year 2018. The capacity of the enterprise is 6 million tons per year. Kolmar will build another concentrating mill capable of producing 12 million tons of concentrate annually and three mines. The company plans to increase the annual output of coking coal to 20 million tons due to the opening of new production facilities.

Of course, Russia will have to compete for Asian markets. As Anna Tsivileva, Chairman of the Board of Directors of Kolmar Sales and Logistics (Kolmar's sales organization), noted, at present, the dependence of a number of Asian-Pacific countries on the supply of Australian coal is 70-80%. "But Australia is not always a reliable supplier because of climatic conditions: there are often typhoons, floods. This breaks the regularity of supply. For metallurgists, who mix a strict amount of a certain coal in the charge, this is equal to a catastrophe. Therefore, in principle, all the countries of the Asia-Pacific Region are ready to diversify their supplies and receive part of the coal from Russia, especially if it is a worthy competitor, "said Anna Tsivileva.

To ensure exports, Colmar will build a shipping terminal near Vanino (Vanino Trans Coal acts as operator). The first stage of the complex, designed for an annual transshipment of 12 million tons, is planned to be introduced in two years. By 2023, it is expected to double the port's capacity. He will be able to take bulk loaders from 20 thousand to 160 thousand tons. "Some consumers of coking coals need small vessels, they are not able to accept large volumes," explained the general director of Colmar LLC, OOO Sergei Tsivilev.

Its port in the bay Muchke near Vanino is developed by SUEK (operator - Daltransugol). The first stage of the terminal was introduced at the end of 2008. Since that time the complex has gradually increased its capabilities. "As expected, 2017 million tons of coal will be handled in 21 and we are already projecting for 30 million tons," said Deputy Director General - Logistics Director of SUEK, Denis Ilatovsky. Thus, Daltransugol will become the second major specialized enterprise in the field of transshipment of solid fuels in the Far East after JSC Vostochny Port, which, as a result of the construction of an additional terminal, will reach an annual volume of shipment of 40 million tons.

According to Gennady Alexeyev, the general director of JSC HC "SDS-Ugol" (extracts about 30 million tons of coal products annually), the holding is currently considering the possibility of building its own port in the Far East. But the decision depends on the readiness of the railway infrastructure to increase the volume of cargo transportation.
In turn, stressed Anna Tsivileva, "Colmar" may in two or three years to face the problem of transporting the growing volume of manufactured products. Denis Ilatovsky expressed concern about the carrying capacity of the railways in the east of the country. Deputy Director General of SUEK noted that the throughput of approaches to Vaninsky transport junction taking into account the development of existing terminals and the appearance of new ones should be about 80 million tons. Meanwhile, according to the results of the first stage of the program of the Eastern testing site, it will be almost twice lower.

The targets for increasing the volume of traffic at the Baikal-Amur Mainline and Trans-Siberian Railway, laid down for this project, can be achieved earlier. "Today, the pace of loading is such that the volumes of traffic that we planned to receive by the year 2020 will be achieved already in 2019 year. Therefore, we set the task for builders to speed up the completion of the first stage as much as possible, "said Alexei Shilo, director of the JSC" Russian Railways "for commercial activities, head of the Center for Corporate Transport Services.

And today, measures are being taken to further upgrade the infrastructure - after 2020. In the first half of the year 2018, JSC Russian Railways will prepare a program for the second stage of modernization of the BAM and Transsib. "Accordingly, we will come to the defense in the government of the Russian Federation with these plans," said a representative of RZD.

According to him, the emphasis in the new program will be on those measures that will give the maximum effect. Among the capital-intensive proposals are the construction of the second tracks and the electrification of the Volochaevka-2-Komsomolsk-on-Amur-Vanino line (the projected amount of financing is 252 billion rubles). Another development will require another freight direction, Smolyaninovo-Nakhodka (estimated at 132 billion rubles). )

"From the point of view of the state, this project (development of the East polygon - EastRussia) is very effective. As each available bandwidth is immediately filled with shippers. The state investing in expanding the capacity of Russian Railways wins: every penny invested in railways immediately starts giving returns, "says Sergei Tsivilev.

In addition to the actual infusion into the infrastructure, it is necessary to improve the quality of the transportation process and to seek internal technological reserves. In particular, there is a wide use of coal transportation in innovative cars with increased axle load - 25 and 27 t per axle (the car park is traditionally designed for loading 23,5 tons per axle). Its active application will increase the carrying capacity of the existing infrastructure by another 7-8%. In addition, the operation of such a rolling stock will increase the speed of cargo movement by extending the guarantee arms of the trains without stopping on the way for technical inspection of the cars. "The new cars have a greater margin of safety, greater inter-repair mileage. RZD decided to inspect them less often. Due to this, the order of 10% of travel time is saved. This practice needs to be developed, "Denis Ilatovsky is convinced. True, he admitted, there are questions on the strength of the railroad track at the Baikal-Amur Mainline to higher weight standards. So without capital investment in infrastructure in any case can not do.
Tags: WEF WEF-2017 coal transport BAM Transsib Colmar SUEK Mechel

The Republic of Sakha (Yakutia) Coal with a focus on Japan

It is possible that if Japan becomes interested in expanding the scale of imports of coal concentrate in Inaglinsky GOK, it will invest in the modernization and development of BAM