Notice: curl_setopt(): CURLOPT_SSL_VERIFYHOST no longer accepts the value 1, value 2 will be used instead in /home/admin/web/eastrussia.ru/public_html/gtranslate/gtranslate.php on line 101
 Primorsky Territory Governor Vladimir Miklushevsky: the region will present its success stories on the forum - EastRussia |
News 01 April 2020
04:44 The State Duma approved the law on visas for residents of the TOP and SPV
04:31 Large retailers will refuse cash due to coronavirus
Khabarovsk Krai 04:16 Khabarovsk entrepreneurs freed from checks due to coronavirus


11:54 More than half of Russians found themselves in a crisis without savings
Sakhalin Region 11:40 Full isolation mode introduced on Sakhalin
More news
Media News2
HOME Interview 31.08.2016

Primorsky Krai is one of the leaders of economic development in the Far East: for the year since the last forum the region has shown a bright dynamics of successful projects. About what Primorye will present at WEF-2016, EastRussia tells the governor of the region Vladimir Miklushevsky 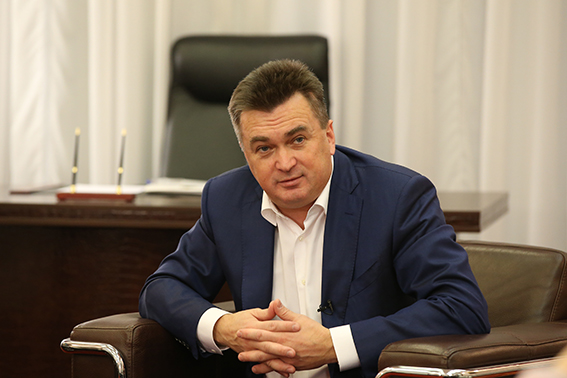 - Vladimir Vladimirovich, in 2016 the Primorsky Territory will host the Eastern Economic Forum for the second time. Are you preparing any surprises?

- VEF is one of two presidential forums in Russia. This is an important platform for attracting investments not only in Primorsky Krai, but also throughout the Far East. This year we expect up to three thousand participants, this is twice as much as last year. Both the city and the region are actively preparing: we inspect hotels and restaurants accredited to the Forum, prepare sites, cultural program events. It should be noted that this year the guests will have the opportunity to visit the Oceanarium - an absolutely unique object, extremely interesting.

- With what projects and proposals Primorye goes to the Forum?

- First of all, we will represent projects that are already announced within the territories of advanced development, like some "success stories". Therefore, with a certain degree of certainty, we can say that the projects will be implemented, the construction equipment is already on the sites. I have in mind both the Mikhailovsky Top and the Nadezhdinskaya Top. Of course, the construction of the shipyard "Zvezda" is actively underway now - this is the third TOR "Bolshoy Kamen", which was established by the Government of the Russian Federation in Primorsky Krai. All three of the TOPs are extremely important for us, because they create new jobs and production. As a consequence, this is an increase in the taxable base, and as a result, the regional budget, which is directed to the development of the region, to improve the quality of life. I expect that new opportunities will attract economically active people from other regions of Russia.

Of course, the WEF will also present the projects of the Free Port of Vladivostok. 22 August meeting of the next, already the fifth Supervisory Board, approved another 36 investment projects. This is in addition to 60 already existing residents, and the total amount of investments for all 96 companies exceeds 125 billion rubles. The registration procedure is simplified as much as possible, but the resident will receive the benefit only when something is built.

Also, Primorsky Krai will present at the Eastern Economic Forum 29 investment projects, of which 5 - in the format of pitch sessions. This and such large-scale as the international transport corridors "Primorye-1" and "Primorye-2". Together with Chinese investors, we will discuss the financial model of their modernization. Partners from China are very interested in the speedy completion of the reconstruction of the corridors - the path of cargo from the northeastern provinces of China to, for example, Japan, is shortened by 3-3,5 times.

Of course, the forum will feature the Zvezda shipbuilding complex, a natural gas liquefaction plant, and the construction of the Zarubino large port universal sea port. As well as such major projects as the modernization of the largest in the Far East port refrigeration terminal, which is located in Vladivostok, the construction of a pig farm, the tourist and recreational cluster Primorskoye Koltso and a plant for the production of energy-saving materials. We expect that project initiators will be able to find interested investors in the forum.

- One of the blocks of the business program of the WEF will be dedicated to the opportunities offered to investors in the Far East, including those that provide the territories of advanced development and the Free Port. On which sectors is the stake in the Primorsky Territory made within the framework of the creation of these sites?

- All territories of advanced development in Primorye are created on the principle of priority and relevance for the coastal economy. Of course, this is the transport and logistics industry. Through the Primorye, Transsib passes, we have a developed network of highways, a modern international airport operates, all non-freezing ports of the Far East are located, so the emergence of the multi-profile production and logistics site of the TOR "Nadezhdinskaya" in the province is entirely logical. On its territory it was planned to place about 30 events, and the playground is almost full. The volume of investments is already about 7 billion rubles. Great opportunities for the development of the transport and logistics industry are opened by the implementation of the Law on the Free Port of Vladivostok. According to experts, the special regime of the port for 2025 will give us an increase in gross regional product more than 2,5 times, the same amount will be the growth of investments in fixed assets. And what is not less important - at 30% will increase the number of people employed in the economy of the region. The key macroeconomic project of the region is the modernization of the international transport corridors "Primorye-1" and "Primorye-2", which I mentioned.

Shipbuilding is one of the most promising industries in the region, and today we are building a shipyard "Zvezda", which will produce ships even of ice class. It is based on the creation of TOP "Big Stone", the volume of private investment which will amount to about 140 billion rubles.

- An important area for Primorye is tourism. What prospects for the development of this industry do you see in the near future?

The sphere of tourism is really one of the priority for Primorye. Our huge advantage is the unique nature that attracts tourists from all over the world. In the north of the region there is the Ussuri taiga, in the south - sea beaches, islands.

Primorsky Krai is very popular among tourists from the countries of the Asia-Pacific region also because it is the largest center of European and Russian culture in the Pacific. We have the scene of the famous Mariinsky Theater, museums and art galleries with unique collections. In early September, will open the aquarium, the largest in the country and one of the two largest in the world. Soon the region expects the opening of a branch of the Hermitage, the Russian Museum and the Tretyakov Gallery.

Primorsky Krai annually notes an increase in inbound tourism by 9%, and internal - by 11-17%. Also, we firmly hold the leading positions in terms of the volume of the inbound tourist flow in the framework of the agreement between the Government of Russia and the Government of the People's Republic of China on visa-free group tours. As a result of last year, the tourist flow of this agreement has doubled, and this trend continues. Our goal is to become 2020 a powerful interregional tourist hub of Russia in the Far East, which is visited by up to 10 million tourists a year. In Primorye, there is for this all: next is the tourist market ATR, the fastest growing in the world, - only from China annually leave an order of 120 million people. Another advantage is the unique preferences that the Freeport of Vladivostok gives the edge. This will allow us to form routes from Asia to Russia and back. Today, interregional routes for the Far East and Siberia are also in high demand. At the second Pacific Tourist Forum in May this year, the "Eastern Ring" project was presented. The essence of it is that the tourist can take advantage of the package tour and visit the brightest places of interest of the regions, for example, the Maritime Theater Maritime Theater, then the yew grove on the Petrov Island, and then go to the Khabarovsk Territory or to Kamchatka.

- Many participants of the forum are interested in the integrated entertainment resort Primorje. A year ago, in the course of the last VEF, its first complex did not work yet. But this year, as we know, guests plan to visit the resort. For the Primorsky Territory, is this also a success story?

- The first resort complex today accepts 500-600 people per day, since its opening it has already been visited by more than 130 thousand people. It brings in the budget of the region 140 million rubles in taxes annually. In addition to the first operating complex will be laid four more hotels. In total we plan to build 22. This is a serious task, the project is designed to 2025 year.

In general, the thing is good. But we must understand something else. When the infrastructure is fully created, there will be much more services. The practice of Las Vegas, Macau says that gradually most of the income is shifted from the area of ​​the game to the area of ​​additional services: accommodation, entertainment, shopping, business tourism and other related services. In Las Vegas, for example, now the ratio of 70 to 30. That is, the game itself is only 30%.

Visiting the gambling zone together with Deputy Prime Minister Yury Trutnev, we discussed with investors those issues that interest them. For example, the creation of a duty free zone. We have no such thing in Russia yet. And this is a topic that must be created at least in the "pilot" mode. We want the first project to be the Primorye gambling zone.

East Russia launches a series of analytical publications devoted to the results of the past year and the analysis of the situation in the current year in the social, economic and political spheres of life in the regions of the Far East and Eastern Siberia

Interview Yuri Trutnev: the Far East needs to be integrated

Deputy Chairman of the Government of the Russian Federation, Plenipotentiary Representative of the President of Russia in the Far Eastern Federal District, about the emphasis the state places on the development of its eastern territories