Notice: curl_setopt(): CURLOPT_SSL_VERIFYHOST no longer accepts the value 1, value 2 will be used instead in /home/admin/web/eastrussia.ru/public_html/gtranslate/gtranslate.php on line 101
 Great transit resource - EastRussia |
News January 18 2020
The Republic of Sakha (Yakutia) 10:33 A private concessionaire was chosen for the construction of a bridge across the Lena
January 17 2020
17:43 Banks reduce mortgage requirements
14:30 Putin's rating increased after the announcement of the message


Irkutsk Region 07:08 4 billion rubles will be required for the resettlement of floaters in the Angara region
06:46 The human factor could cause an emergency with SSJ 100 in Domodedovo
More news
Media News2
HOME Opinions 03.02.2016

On the possibilities of the new Silk Road, Transsib modernization, the prospects for building a high-speed highway from Busan to Rotterdam, through Vladivostok, the Primorye-1 and Primorye-2 transport corridors ... 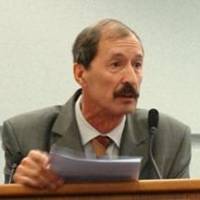 Evgeny Novoseltsev General Director of the Far-Eastern Scientific Research, Design and Exploration and Design and Technology Institute of the Marine Fleet (JSC "FEMRI")

The unique geographical location of Russia - the length of the country along almost the entire northern part of the Eurasian land - gives it inexhaustibly rich opportunities in terms of transcontinental logistics. It is only necessary to develop and modernize the transshipment capacities of the Far Eastern ports and the Trans-Siberian Railway (Trans-Siberian Railway). This is to some extent trying to do today the country's leadership, with the help of the same Law "On the Free Port of Vladivostok."

But another Eurasian country has a huge transit potential, whose government is trying to implement the New Silk Road project (NSR), which will be continuously flowed — mainly through the railway and road network being built — trade from the Asia-Pacific region (APR) to Europe and the Middle East.

How competitive or friendly towards each other are the aspirations of the two countries to increase their economic power through a transit resource?

Moreover, it was formally put into operation about five years ago, but, in fact, the TRACECA transport corridor is rarely used (through China, Kyrgyzstan, Kazakhstan, Uzbekistan, Turkmenistan, Iran, Azerbaijan, Turkey, Georgia and a number of other countries - only 13 - bypassing Russia ).

The inactive operation of TRACECA is mainly due to the following circumstances: too many countries with not very developed transport infrastructure are involved in the corridor, plus carriers have to spend a lot of time for bureaucratic procedures when crossing the border of each country.

In general, the very existence or the possibility of the appearance of certain transport corridors should not cause undue anxiety in Russia. The world freight traffic today - and especially for container traffic (with the help of which consumer goods are most popular and popular among the population) - is so large that it can more than fully ensure the functioning of both existing and newly created transport corridors.

The most common way of delivering goods from the APR to Europe and Africa today is by the ocean, bypassing Russia. Hundreds of millions of containers are transported by the traditional sea route. For comparison, a little more than 1 million containers are transported through our ports in the Far East and Transsib in a year. And it is unlikely that the proportional ratio will significantly change in the next five to ten years in favor of the same Transsib, TRACECA or NSHP.

Cargo flows - like water - break their way along the path of least resistance. And here opens a vast field of work for our state and business. First of all, it is necessary to reduce the non-physical barriers to the transportation of goods to the limit, to make the necessary changes in the legislative and by-laws.

It's funny and sad at the same time - about a year ago, the Far Eastern Customs, as a great achievement, told the world that from now on the procedure for customs screening of ships in our ports will cost half as much time - 7 days, instead of the previous ones And this at the time, as in all developed countries, minutes are set aside for a similar procedure!

Today, it is especially important to simplify the verification of transit cargo, that is, those that are not intended for Russia, but only temporarily cross its territory. In particular, not so long ago, shippers from South Korea refused to start the practice of using the seaport of Zarubino for transshipment of their products to North China. The reason: vigilant inspectors of our Rosselkhoznadzor have delayed dispatch of containers under the pretext that it is necessary to provide products in them containing certificates of compliance with Russian quality standards. And the controllers did not care that the products (not intended for the Russian consumer!) Could be spoiled as a result of downtime, and the supplier would incur huge costs. Which foreigners will want to contact Russian transit after this? What competitiveness in the global transport market can we talk about?

However, it should be recognized that they solve this problem in all possible ways. For example, they develop projects and build new diesel locomotives and cars capable of transporting more cargo at a time, introduce additional railway stations and interchanges at stations (for lower speed trains loaded with coal, for example, do not interfere with other, faster ones, for example) .

The Trans-Siberian Railway (Transsib) is a powerful double-track electrified railway line with a length of about 10 thousand km, equipped with modern means of informatization and communication. Transsib is the longest railway in the world. In the east, (through the border stations Hasan, Grodekovo, Zabaikalsk, Naushki), it provides access to the railway network of North Korea, China and Mongolia. And in the west - through Russian ports and border crossings with the former republics of the Soviet Union - access to European countries.

The main line passes through the territory of 20 of the constituent entities of the Russian Federation and 5 federal districts. These resource-rich regions have significant export and import potential. There are 87 cities on the Transsib, of which 14 is the center of the subjects of the Russian Federation. The main advantages of transcontinental transportation along the Trans-Siberian Railway (in comparison with the sea route) are three: reduction of the time of the cargo moving more than 2 times - 10 days from China to Finland instead of By sea; Low level of political risks, since up to 90% of the route passes through the territory of the Russian Federation - a state with a stable system of state power, a stable political climate and a confidently growing economy; Minimization of the number of cargo transshipments, which reduces the costs of cargo owners and prevents the risk of accidental cargo damage during transshipment. In accordance with the "Strategy for the development of railway transport in Russia until 2030 year", specialization of Transsib is planned for the passage of specialized container trains and for passenger traffic.

From Busan to Rotterdam ... through Vladivostok

By and large, the entire upgrade of the Transsib can be reduced to creating along it an additional, third way - to let high-speed passenger traffic through it, unloading the traditional ways for freight trains.

But the implementation of such a project is associated with huge costs for which Russia today does not have financial resources. As an example, we can cite the project of reconstruction of the railway on a section of a length of only 112 km from Vladivostok to Ussuriysk. The organization here of high-speed traffic of electric trains (up to 120 km / hour), will cost, at least, 100 - 130 billion rubles!

And yet - the concept of building a railway parallel to Transsib is already there. It was developed in the 2012 year (for the APEC summit) under the auspices of the Korean-Russian Association, the Academic and Cultural Foundation of the Republic of Korea. The direct authors of the concept are employees of the South Korean company K Harmone and our Institute.

The project, among other things, involves the construction - no less than - the Euro-Asian high-speed railway "United Eurasia" with the length of 13 000 km from the South Korean city of Busan - via Vladivostok - to the Dutch city of Rotterdam, with a maximum speed of 350 km per hour . At this speed, the Moscow-Vladivostok section is overcome a little more than a day! And the whole route - less than Days!

It was assumed that the main target audience of this road would be foreigners, who live in the radius of 1000 km from Vladivostok more than 300 million people, and in the same radius from Moscow - about 60 million people. Hence the expected passenger traffic of the highway "United Eurasia" was estimated at 35 million people per year.

The total amount of investment in the project (it also assumed the creation of a mega-policy and mega-port on the basis of Vladivostok, the prerequisites for which, by the way, today theoretically have already been created by the Law "On a free port") at that time was estimated at 270 billion US dollars. It was proposed to find these funds at the expense of public investments of the Republic of Korea and Russia (40%), private Russian and South Korean investors (30%) and the global stock market (30%).

The summary of the project says that its implementation will cause a sharp increase in the global competitiveness of the Russian economy, significantly reduce social tensions throughout the country, increase the mobility of the population and strengthen the territorial connectivity of the Russian state.

The benefits for South Korea are also obvious - rather constrained by its geographical location (the island, in fact) it gets a strategic exit to the entire economic space of Eurasia.

But the most encouraging is that this grand project is not buried at all. He's just mothballed. And the Republic of Korea does not part with the idea of ​​laying a high-speed highway along our Trans-Siberian Railway. By the way, China is also not averse to join. Various projects are currently being considered there, including the construction of the high-speed railway Harbin-Khabarovsk. A kind of - a test project.

Today, there is much talk in the region about the need to create transport corridors "Primorye-1" and "Primorye-2", which connect Russia with China. In principle, it can be said that these international transport corridors will contribute to Russia's integration into the New Silk Road (in its northern version).

In both cases, on the one hand, access to the countries of the Asia-Pacific region is ensured. And on the other - an outlet to Europe. It will involve both the Transsib and the transport and logistics capacities created today by the Chinese in the Xinjiang Uygur Autonomous Region

In 2015, the volume of rail freight between Russia and China in Primorye increased by 2014% compared to 22 and amounted to 10,1 million tons. The increase was mainly due to the growth of Russian exports: coal, timber and metal ore. In 2015, Russia exported more cargo through Primorye to China for 950 thousand tons than in 2014. At the same time, imports from China fell almost twofold, amounting to 152 thousand tons at the largest customs station in Primorye-Vladivostok.
Tags: Evgeny Novoseltsev JSC "FEMRI" Transsib Busan Rotterdam Vladivostok Primorye-1 Primorye-2

Interview Konstantin Bogdanenko: "We did not pay a single ruble for entering the market"