Notice: curl_setopt(): CURLOPT_SSL_VERIFYHOST no longer accepts the value 1, value 2 will be used instead in /home/admin/web/eastrussia.ru/public_html/gtranslate/gtranslate.php on line 101
 Victor Scherbatyuk about the whaling profession and an important era for the maritime city - EastRussia | News Primorye Territory
News February 21 2020
Khabarovsk Krai 05:06 The weather will worsen on holidays in the Khabarovsk Territory
Magadan region 05:00 There was a video from the place of hard landing An-2 in Magadan
Irkutsk Region 04:32 Over 3 billion rubles allocated to flood victims in Angara

"Vladivostok is the homeland of the whaling fleet"

Victor Pavlovich Scherbatyuk incomplete 86 years, more than 20 years of his life he devoted to whaling. From the sailor rose to the captain of various ships, including the whaling ship "Retic", was a senior assistant captain of the floating base "Soviet Russia". For almost 50 years he has been teaching students: he was the head of the seaworthy school in Nevelsk and is still working at the department of ship control "Dalrybvtuza". On the difficulties of the post-war period and the need for a country of whaling, he told EastRussia for the project "Unsuccessful." The 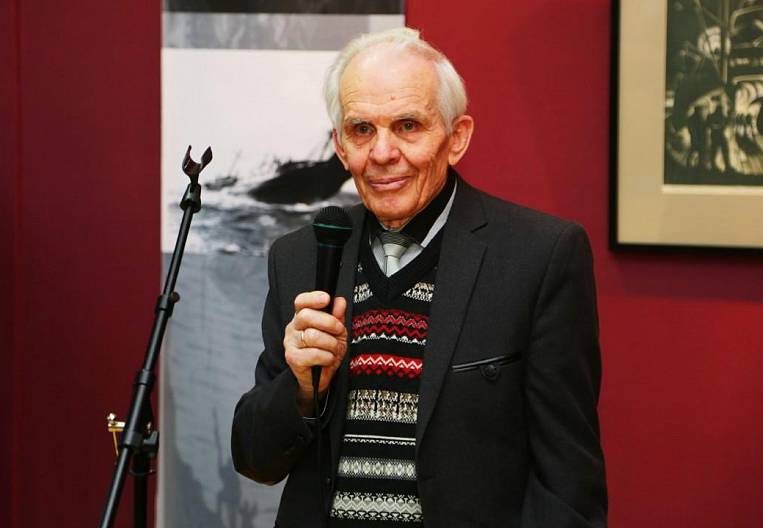 Photo: courtesy of Viktor Shcherbatyuk
Special project # Unsuccessful - project about people who stayed
- I was born in a small village in Ukraine. In five years I was brought to my father in Vladivostok. Already 80 years, as I live here. I consider this beautiful sea city to be my homeland, - says Victor Shcherbatyuk. - After the sixth grade, I went to the village of Rybstroy, which later was transformed into the city of Nakhodka. I entered to study at the Seamen's Naval School as a navigator of small boats. And so it happened that this school became for me the starting point in an adult serious life.

Lived young men in barracks without utilities, heated stoves, but not enough coal. When it was cold, they shifted the beds, stacked two or three mattresses one on top of the other, stacked sheets on top, covered with three blankets and three greatcoats. Sami was grown in the field of vegetables, cereals and legumes, kept pigs, cows, goats. The territory of the school was fenced with a barbed wire fence. Scherbatyuk suggests that during the war there was a camp for the repressed at this place.

- The school was completely on state support. And in the post-war period it became a real chance for young guys to survive, get a profession, get on their feet. We studied, including orphans, literally pulled out of the cellars, "explains Victor Pavlovich. - Teachers were excellent. Especially I remember the young man, who had gone through almost the whole war, his medallions covered his puny chest. For us, young boys, he was amazing, we sincerely admired him.

After leaving school, the young man Shcherbatyuk worked as a sailor for two years in Dalkitosvertrest. In 1951, the Jung school received the highest status: it became the "Fishing seafaring school" and began to prepare navigators for small navigation and diesel mechanics. Viktor Pavlovich returned to school and three years later received a diploma of navigational navigator. Then he graduated in absentia from the middle school of the crew, the Sakhalin Naval School and the navigators' courses of long voyage.

Shcherbatyuk passed a professional path from beginning to end: he started as a skipper of a small boat up to 20 reg. tons, then worked as a navigator, a captain, navigator and, finally, a captain of a long voyage.

"A whaler is a harsh profession, demanding physical strength and fortitude," he says. - There are still fierce disputes about the humanity and expediency of whaling, there is an opinion that this is a murder. But you need to understand and remember that it was a difficult time, and whales to some extent the whole country saved from hunger. We fished in full accordance with the existing quotas. A report on each extracted whale was sent to a single accounting center. According to the estimates of the International Whaling Commission, since the invention of the harpoon gun in 1867 and for 1987 year, the USSR accounts for 15% of total production.

A medium-sized whale weighs 60 tons, the percentage of its utilization is 99%. The meat went on food for the population - it made cutlets, cooked soups, goulash, production made canned food. Also, the kitten was a food for the fur-bearing animal and poultry farms. Of the whale lard candles were made, it was used in cosmetics and perfumes, the bones were used for flour, whiskers and teeth for ornaments. Only the intestines went overboard, because there were no masters in the country to use this kind of raw materials. Huge amounts of whales were exported.

- We were all sporty strong and beautiful, wore a prominent shape, so attracted attention. Whalers were considered the elite of the fishing clan. When they were in Sydney, a pilgrimage was organized: from 10 to 16 hours there was a continuous stream of people coming from Australia and New Zealand, among them there were Russian emigrants, - Victor Pavlovich remembers. "The sea shaped my character." It disciplines its working conditions, develops a sense of collectivism, brings up a sense of justice, support each other.

About his profession, Viktor Pavlovich wrote two books, a collection. The first "Antarctica behind the stern" - memories of whalers about life and work in the sea. The second book "Jungi of the fishing fleet" is a collection of memoirs of the graduates of the seagoing school of young people in Nakhodka. In 2013, the Arsenyev Museum hosted the exhibition "The Sea Workers" dedicated to fishermen and whalers. The exhibition represented more than 350 exhibits. These are things that were with whalers on the voyages or associated with them - photos, certificates of honor and letters of thanks, nautical charts, steering wheel, table set and other exhibits.

After the publication of books and an exhibition, an idea appeared - to install a sculpture of a whaling sailor in Vladivostok, which will be dedicated to the toilers of the sea. In 2016, for the implementation of this project, the Albatross Foundation was established, on whose account those who wish to transfer voluntary contributions for the creation and installation of the monument. At the moment, a model of a whaling monument is already ready, it is exhibited in the hall of "Dalrybvtuza". It is planned that until the end of 2018 the monument will be erected on the terrace next to the Marine Station.

- Vladivostok is the homeland of the whaling fleet of pre-revolutionary and Soviet Russia. The period when whaling was conducted is a milestone for our city. This is a bygone era, but it was of great importance for many people, - says Shcherbatyuk. - A sign of an educated person is an interest in the history of his country and his city. My task was to collect as many stories as possible in my books so that other people would know who the whalers were, how they lived, how they were waited and met by their relatives, how their fate ended after the end of the whaling.
Tags: culture traditions whalers Fishing swimming история 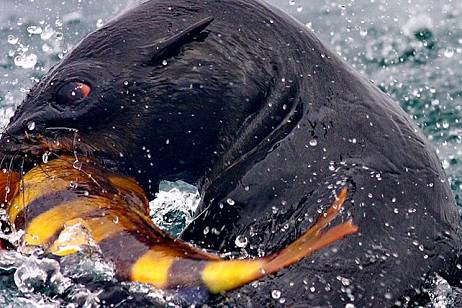 In the bottomless Pacific Ocean on the volcanic ridge 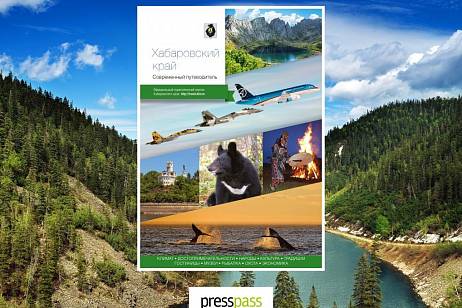 Khabarovsk Krai The homeland of whales and airplanes

A new illustrated guide to the Khabarovsk Territory was published 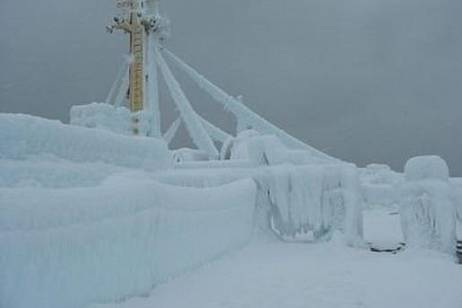