Notice: curl_setopt(): CURLOPT_SSL_VERIFYHOST no longer accepts the value 1, value 2 will be used instead in /home/admin/web/eastrussia.ru/public_html/gtranslate/gtranslate.php on line 101
 What to really grow on the "Far Eastern hectare", found EastRussia - EastRussia |
News February 19 2020
Kamchatka 07:02 Flights to Kamchatka may rise in price due to a new terminal
06:37 Bank of Russia: inflation continues to decline in the Far East
Khabarovsk Krai 06:16 Ex-official in Khabarovsk will be sent to court for spending on business class


02:51 The rise in housing prices in the Far East will study the federal authorities
Sakhalin Region 02:34 Trutnev against: there will be no cottage community on Mountain Air
02:02 Russia will suspend entry for Chinese citizens
Primorsky Krai 00:14 New flight will connect Vladivostok and Tokyo
February 18 2020
23:52 Sberbank customers donate several billion to charity


The Republic of Buryatia 18:22 A new walking route along Baikal will be launched in Buryatia
Irkutsk Region 18:07 The sale of alcohol will be limited in Irkutsk
More news
Media News2
HOME Opinions 10.02.2017

Good grain does not fall into a hectare 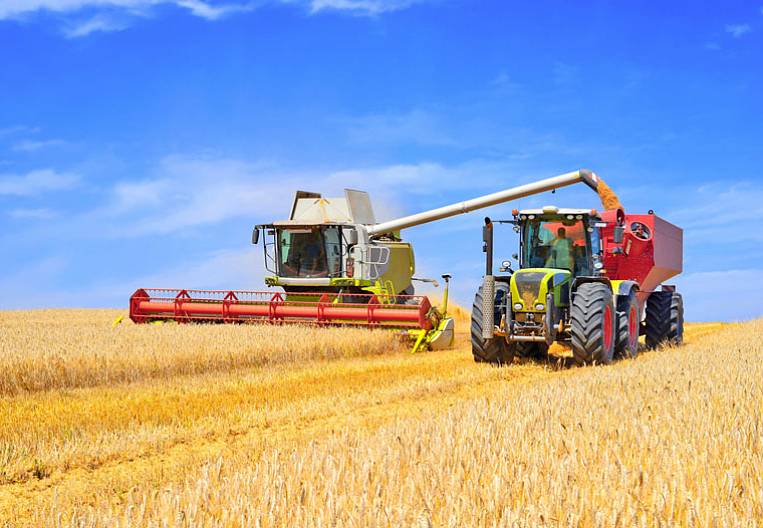 Good grain does not fall into a hectare
All author's materials
Big or small “free hectares”, which all Russians in the Far East can get from 1 February, to grow the most liquid agricultural product - grain, EastRussia asked Alexander Korbut, vice president of the Russian Grain Union.

"The Far East Hectare project will not be able to change the situation with grain production in the Far East in any way," says Alexander Korbut. However, these goals are not initiated by the initiators of the idea, he admits. "Far Eastern hectare" is "not about the grain sector," the expert stresses: "It solves the issue of the population by consolidating it, as well as encouraging resettlement, self-employment, and in time - the development of small businesses." The project is good because it "is an attempt to give people not a piece of bread, after which they immediately require the continuation of the banquet, and the instrument for a particular production."

However, the land plot of one hectare is completely unpromising from the point of view of grain production, Alexander Korbut emphasizes. Costs for growing grain in a plot of such a small area “will be inadequate compared to possible profit,” explains the expert. According to his assessment, it makes sense to start grain cultivation from an area of ​​at least 250-500 ha - it is precisely on such a site that one can “humanly bring out agricultural machinery, in particular, the same combine harvester”. This will be a full-fledged grain production, which is only advisable, and “waving a scythe” is a long-time experience, says Alexander Korbut.

The prospect of creating cooperatives for owners of "Far Eastern hectares" is "remarkable," he continues. But even without it, those wishing to grow grain in the Far East can get plots of 5-7 thousand hectares: the land is today, it's only in conditions - the price or the rental rate. In this case, however, we are not talking about the idea of ​​a particular person or family, but about an investment business project.

The latter stops several factors from the development of grain production in the Far East. First, it is possible to grow grain in the Far East only in the southern territories: Primorsky Krai, the Jewish Autonomous Region and the Amur Region. Secondly, the domestic grain market in the east of the country is extremely small, and its needs are already being met by the existing players. Any serious additional volumes will mean export, and here there is a problem - an excessively high railway tariff.

"Real on the" Far Eastern hectare "is the production of honey, the cultivation of medicinal plants, the use of greenhouses. From an organizational point of view, it is possible to create a small farm at the first stage. In the future, when there is a need to graze livestock or harvesting hay - rent additional space, "- said Alexander Korbut.

In fact, the expert is sure that the recipients of the “Far Eastern hectares” who really want to take up agriculture will focus on creating recreational zones on their land, gardening and poultry farms, nurseries, and oilseed crops. It is obvious that with one hectare all these farms will not be able to manage, and their owners will have to acquire additional land in the neighborhood - ranging from two to 10 ha. “Of course, with the collapse of the affairs of the owners of the same“ hectares ”next to each other. It is well known that you need to work with the land, and the guarantee of instant profit is very, very low, ”the expert concludes.
Tags: Far East hectare Agriculture grain export

How Minskvokrazvitiya realized what many thought

Interview Reaction per hectare and not only

Sergei Rybalchenko: measures to develop the Far East are beginning to influence the demographic processes in the region