Notice: curl_setopt(): CURLOPT_SSL_VERIFYHOST no longer accepts the value 1, value 2 will be used instead in /home/admin/web/eastrussia.ru/public_html/gtranslate/gtranslate.php on line 101
 Mining Increased in Chukotka - EastRussia | Far East
News February 17 2020
Primorsky Krai 14:47 On the lands of the Ministry of Defense in Primorye will build social housing
Khabarovsk Krai 13:38 The epidemic threshold for colds exceeded in the Khabarovsk Territory
Primorsky Krai 13:06 New garbage collection equipment will be purchased in Primorye 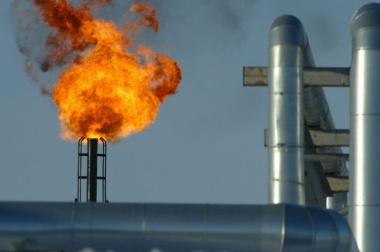 In the Chukotka Autonomous Region increased gas production to 65,5 million cubic meters. This last year's figure is 72% higher than in 2018. The volumes are determined by the needs of the Anadyr TPP and the conversion of one boiler of the station to natural gas.

According to the press service of the regional government, coal production increased by 16% in the district. Last year, 833 thousand tons of solid fuel were obtained. The bulk was mined by the Beringpromugol company, an anchor resident of the Chukotka TOP.

The growth of precious metals mining was noted. Gold - by 1%, silver - by 250 kg. Chukotka Mining and Geological Company has the largest volume. Over 11 tons of ore gold and almost 96 tons of silver were mined at the Kupol deposit. As for loose precious metal, its volume decreased by 9% and amounted to 2,5 tons.