Notice: curl_setopt(): CURLOPT_SSL_VERIFYHOST no longer accepts the value 1, value 2 will be used instead in /home/admin/web/eastrussia.ru/public_html/gtranslate/gtranslate.php on line 101
 "The power of Siberia" will come to the Irkutsk region earlier than planned - EastRussia | Far East
News January 17 2020
17:43 Banks reduce mortgage requirements
14:30 Putin's rating increased after the announcement of the message
Amur Region 14:05 The prosecutor's office revealed 500 violations after firing at Amur College

The construction time of the part of the Power of Siberia gas pipeline, which will run to the south of the Irkutsk Region, will be shifted. This topic during a meeting with President of the Russian Federation Vladimir Putin was discussed by the Governor of the Irkutsk Region Sergey Levchenko 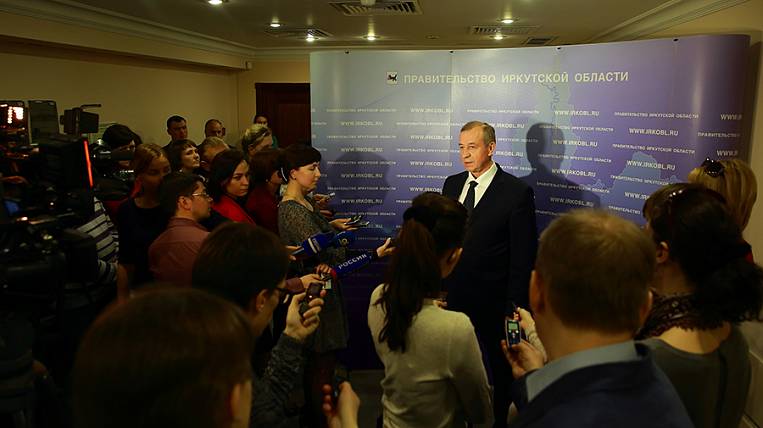 According to the Resolution of the Government of the Russian Federation, the section of the gas pipeline from the Kovykta field to Zhigalovo and Sayansk is included in the Power of Siberia project. At the same time, a part from the Chayandinskoye field to the Amur region and to the border with China, with an end to the 2022 year, develops first. Only after that were to proceed to the second stage of construction. Following the appeal of Sergei Levchenko to the President of the Russian Federation, consultations were held with the management of Gazprom, which expressed its readiness to begin the implementation of the pipeline project from the Kovykta field to the south of the Irkutsk region earlier.

“In my address to the President, I indicated the start date of construction in 2017, so that we could do the project and carry out all approvals. If we hadn’t brought it closer to 2017 a year, then all the prospects of building a pipe to the south of the region would have gone off in about 2022 a year. And we have long been waiting for the gasification of the region to take place, ”explained Sergey Levchenko.

The governor also said that preliminary talks had been held with Gazprom and regional power engineers on the possibility of converting a number of energy sources in the region to gas. One of the pilot projects may be Novo-Ziminskaya CHP. Sayanskhimplast is ready to co-finance the gas pipeline construction project.

“Optimal diameter of the pipeline should take into account not only the consumption of Sayanskkhimplast, Novo-Ziminskaya CHP, which is located nearby, but also the gas needs that are in the whole chain of cities - both Usolye and Angarsk, and Irkutsk,” the head concluded region.
Tags: "The Power of Siberia" Sergey Levchenko Irkutsk Region Power engineering
Related News: