Notice: curl_setopt(): CURLOPT_SSL_VERIFYHOST no longer accepts the value 1, value 2 will be used instead in /home/admin/web/eastrussia.ru/public_html/gtranslate/gtranslate.php on line 101
 30 bridges in Primorye will have to be rebuilt after a typhoon - EastRussia | Far East
News 04 April 2020
03:00 Coronavirus in the Far East: information on the morning of April 4
03 April 2020
The Republic of Sakha (Yakutia) 15:37 To reduce the down payment on the Far Eastern mortgage offer in Yakutia
Khabarovsk Krai 15:14 Duty groups will open in kindergartens of Khabarovsk 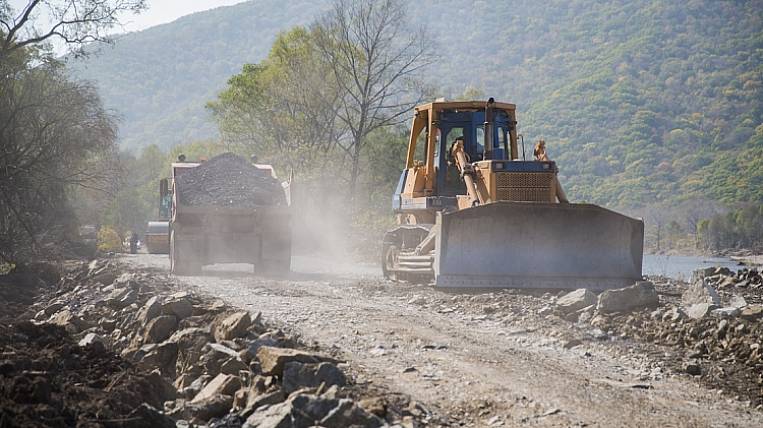 Photo: www.primorsky.ru
The commission of Rosavtodor carried out a thorough inspection of the damage inflicted on the transport infrastructure of Primorye by the passage of the typhoon Lionroc.
As the director of the department of transport and road economy Alexander Shvor has informed, in the province work on inspection of the damaged sections of roads and bridge structures after passage of the typhoon "Lajonrok" is completed.

Recall, the main impact of the typhoon "Lionrok" came to the Primorsky Territory in those days when the Eastern Economic Forum was held in Vladivostok. And if the regional capital coped with the disaster by hosting major international events, in some areas of the Primorsky Territory typhoon has left disastrous consequences. Within a few days, a three-month rainfall fell. Were flooded 170 27 settlements in the districts of the region, there was no communication with 50 settlements, cut off were 48 12 settlements in the districts of the region.

Today, repair works are being carried out on the roads of the region, the roadbed has been restored already at 165 kilometers. According to the Governor of the Primorsky Territory Vladimir Miklushevsky, "the region will receive federal support for the full restoration of the destroyed infrastructure. The government has reserved almost 2 billion rubles for the liquidation of the consequences of the typhoon in Primorye. Most of these funds will be used to restore the transport infrastructure of the region, it should be repaired by the end of 2017, our task is to bring the roads to the normative state by the end of the current year, "said Vladimir Miklushevsky.

Flood management program will be adjusted in Angara

Mutko: 40% of families did not receive housing after the flood in the Angara region