Notice: curl_setopt(): CURLOPT_SSL_VERIFYHOST no longer accepts the value 1, value 2 will be used instead in /home/admin/web/eastrussia.ru/public_html/gtranslate/gtranslate.php on line 101
 Amur Pavilion at the WEF-2019 will be made of "containers" - EastRussia | Far East
News February 27 2020
16:20 Residents of remote villages will be able to withdraw cash in stores
14:53 Far Eastern Federal District will give 2,5 billion for flood victims
Chukotka 11:13 Chukchi families will begin to receive benefits for the first-born without taking into account income

Amur Pavilion at VEF-2019 will be made of "containers" 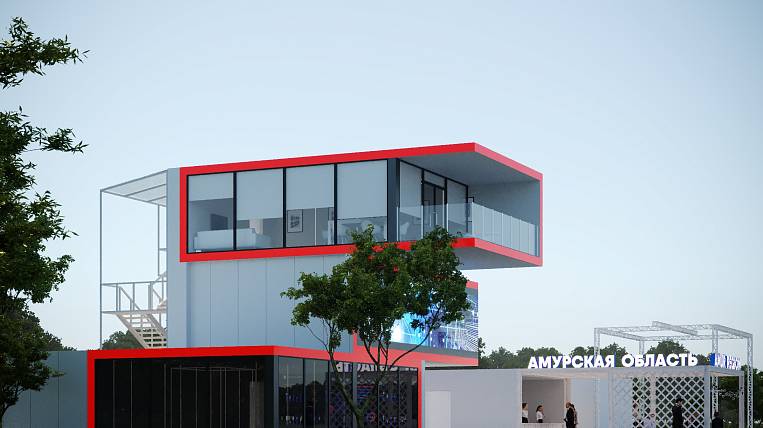 The Amur region will make a three-storey pavilion for the fifth Eastern Economic Forum (WEF). The object will be created in the form of transport containers in order to focus on the development in the region of export subjects.

According to the press service of the regional government, the pavilion’s construction will be used for several years, updating part of the details and the concept. The first floor will be given under the gas chemical industry of the Amur Region, the second - under the transboundary agglomeration "Blagoveshchensk-Heihe". The third will house a negotiation zone and a table for signing agreements.

For Amur exporters they will put up a separate pavilion, where they will present their best products. This time, agricultural producers will join them.