Notice: curl_setopt(): CURLOPT_SSL_VERIFYHOST no longer accepts the value 1, value 2 will be used instead in /home/admin/web/eastrussia.ru/public_html/gtranslate/gtranslate.php on line 101
 Amur Rospotrebnadzor checked the air after a sandstorm - EastRussia | Far East
News February 27 2020
16:20 Residents of remote villages will be able to withdraw cash in stores
14:53 Far Eastern Federal District will give 2,5 billion for flood victims
Chukotka 11:13 Chukchi families will begin to receive benefits for the first-born without taking into account income

Amur Rospotrebnadzor checked the air after a sandstorm 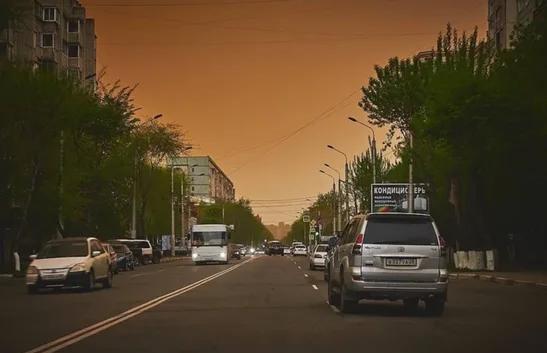 Specialists of the Department of Rospotrebnadzor in the Amur Region did not reveal excess concentrations of dust in the air during the passage of the cyclone, which brought tons of sand from the deserts of China and Mongolia to the region.

Rospotrebnadzor published the results of measurements made in Blagoveshchensk before and after the “sandstorm”. The concentration of dust and suspended matter in the air was 0,11 ± 0,02 with the 0,50 standard mg / m3. The experts did not reveal any exceeding the maximum permissible concentrations, the radiation situation in the territory of Blagoveshchensk also does not exceed the maximum permissible level.

Dust cloud covered the Amur region today morning. Residents of the region watched the orange sky and dirty rain. Beat sand to the ground will be able to heavy rainfall, which are expected 20 May. The cyclone itself, which brought dust, is shifting towards the Khabarovsk Territory.