Notice: curl_setopt(): CURLOPT_SSL_VERIFYHOST no longer accepts the value 1, value 2 will be used instead in /home/admin/web/eastrussia.ru/public_html/gtranslate/gtranslate.php on line 101
 Oil tanker overturned in Yakutia - EastRussia | Far East
News February 20 2020
Khabarovsk Krai 14:10 They want to build a new CHP in Khabarovsk by 2025
Primorsky Krai 13:55 250 million rubles will be added to the social infrastructure of Primorye
Kamchatka 13:27 Trutnev: Kamchatka pulls the Far East back 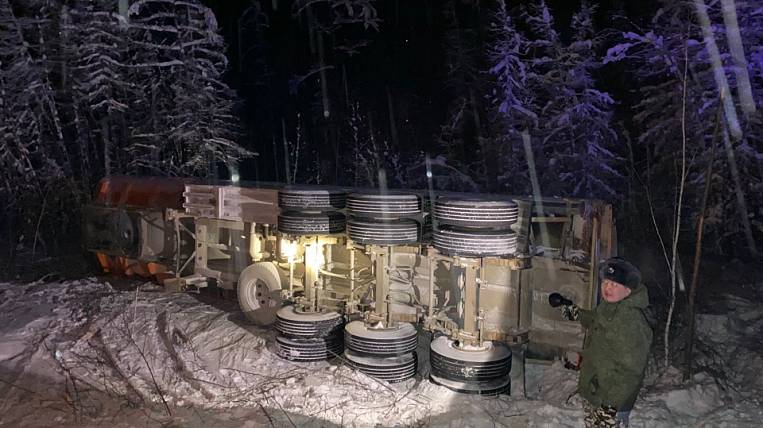 In Yakutia, a truck with a tank turned over on 199 km of the republican highway. An administrative investigation is underway.

According to the Republican Ministry of Ecology, the Scania tanker was transporting fuels and lubricants from the Lower Besty to Eldikan. On the rise, the heavy truck stalled, the driver lost control and the 41 cubic meter tank turned over.

Specialists took soil samples from the scene of an accident. They noted that during a visual inspection of the accident site and the tanker there is a pungent odor of fuel and lubricants.