Notice: curl_setopt(): CURLOPT_SSL_VERIFYHOST no longer accepts the value 1, value 2 will be used instead in /home/admin/web/eastrussia.ru/public_html/gtranslate/gtranslate.php on line 101
 A hospital in the Amur Region will receive 170 million rubles from the Russian government - EastRussia | Far East
News March 28 2020
Sakhalin Region 14:44 The first cases of coronavirus confirmed on Sakhalin
14:03 Sberbank will give credit holidays to victims of coronavirus
08:47 PFR transferred pensions for April ahead of schedule 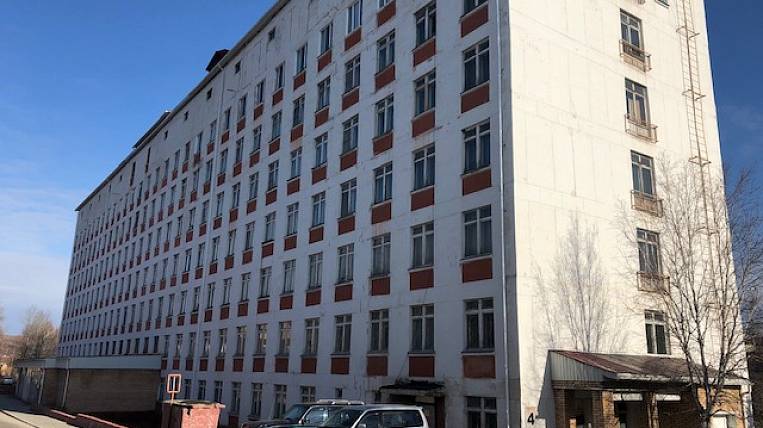 The Tynda City Hospital will receive from the reserve fund of the Russian government 170 million rubles for the overhaul of the surgical building. Money will be transferred to the institution in January 2020 of the year.

As the Minister of Health of the Amur Region Yevgenia Zharnovnikova told EastRussia, the hospital building owned by Russian Railways was commissioned in 1980, and by the time it was transferred to the ownership of the Amur Region in 2016, it had a high degree of wear. Since 2017, the case is not in operation. This year, 34,1 million rubles were allocated from the regional budget to the institution. This money will be used to replace windows and doors of the surgical building.

“A major overhaul is needed, which will require 204,7 million rubles. Design estimates and the conclusion of the state examination confirming the reliability of the estimated cost are available. The commissioning of the renovated building of the Tynda Hospital will allow to place all structural institutions in a single complex, to increase the availability and quality of services provided to residents of the city of Tynda and settlements located on the BAM, ”commented Evgenia Zharnovnikova.

After all the work has been completed, the diagnostic center and the emergency room will be located on the first floor of the hospital, the children's somatic department will start working on the second, the clinical laboratory and the AIDS laboratory on the third. The fourth floor will be occupied by the hospital administration, accounting and personnel department. On the remaining floors there will be a therapeutic and primary vascular ward, as well as a therapeutic ward with an intensive care unit and resuscitation operblock.