Notice: curl_setopt(): CURLOPT_SSL_VERIFYHOST no longer accepts the value 1, value 2 will be used instead in /home/admin/web/eastrussia.ru/public_html/gtranslate/gtranslate.php on line 101
 Hospital in Primorye Receives Medical Furniture from Vostochny Port - EastRussia | Far East
News February 21 2020
Kamchatka 08:38 The brightest ethnic exhibition opened in Petropavlovsk-Kamchatsky
The Republic of Buryatia 07:34 Buryatia will receive 14 billion rubles for bridges and overpasses
Primorsky Krai 07:04 Primorye may not have enough land for the "Far Eastern mortgage"

Hospital in Primorye received medical furniture from the "East Port" 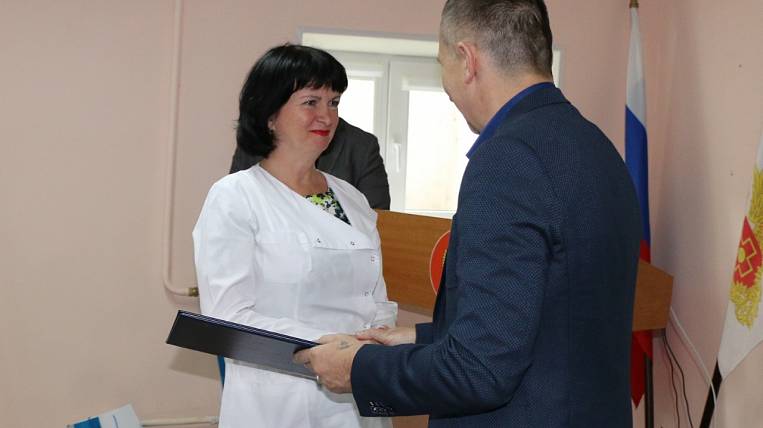 On the eve of the Day of Medical Worker, Eastern Hospital received a set of specialized medical furniture from the Eastern Port Social and Environmental Initiatives Support Fund. In the near future, with the support of the Foundation, the Health Bus project of the Nakhodka City Hospital will be launched. It is intended for medical examinations, medical examinations and medical actions.

Thanks to the new project, medical examinations can also be carried out in remote areas of the district. Equipped buses will ceremonially be handed over to the hospital in July.

According to the press service of the company, the terminal has been providing assistance to Wrangel and Nakhodka medical institutions since the establishment of the Eastern Port - almost half a century. This year, the Eastern Port Social and Environmental Initiatives Support Fund was established, whose activities include 12 programs, including Health. It is designed to improve the quality and availability of medical services for residents.

“The most valuable thing we have is life and health in your hands! - noted the President of the Foundation, Managing Director of Vostochny Port JSC Vadim Baybak, congratulating the medical workers. - Every day, fulfilling your noble mission, you come to the aid of those who need it. I sincerely thank you for many years of work in the health care system, for your indifference and responsiveness. ”