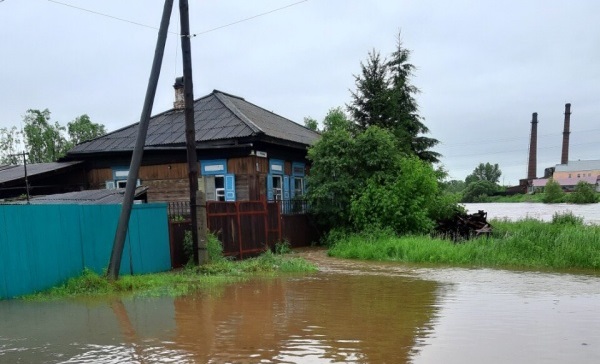 In the Irkutsk region in 20, the populated areas of the three districts flooded 2 392 residential houses, as well as four socially significant objects, flooded the banks of the river. Helicopter rescuers evacuated a 56 man from the village of Alygger and a resident of 21 from the village of Privolnoe.

The worst situation is in Nizhneudinsk. More than one thousand houses are flooded there, one private estate has been carried away by the current. Buildings of three kindergartens, two schools, a district hospital, a confectionery factory, and the territory of the local airport were flooded into the flooded area. According to the press service of the regional government, two electric substations are disconnected in the city, about 3,5 thousand residential houses were left without electricity. In addition, two water intakes were stopped, the sewage system was not working.

More than ten bridges were destroyed on the roads, 18 settlements were cut off from the world. According to weather forecasts, the water level in the Uda River will continue to rise, and 28 June by 1,5 meters will exceed the critical figure. In the region operates Emergency mode.