Jewish Autonomous Region 03:47 The authorities of the EAO will support the development of the world's largest deposits of brucite
Khabarovsk Krai 03:24 The mayor of Khabarovsk has a business manager
More news
Media News2
HOME News 12.07.2018 11:25

EastRussia Bulletin: The Far East receives support from the federal center and the new minister 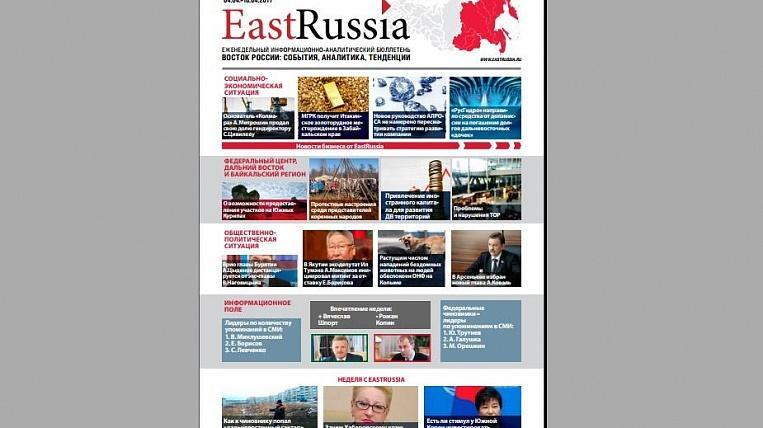 The Federal Center continues to support the expansion of preferential economic regimes in the Far East. The latest decisions in this area were mainly concerned with the Khabarovsk Territory: the port-franco regime in Sovetskaya Gavan, the expansion of the borders of the Khabarovsk TOR. Further plans for the outstripping development of the macroregion are in the focus of the new Minister Alexander Kozlov, who is striving to create an overall strategy for the development of the Far Eastern Federal District, taking into account social needs, reads the next published issue of the EastRussia bulletin.

The distribution of preferential economic regimes in the Far Eastern Federal District continues. Last week it became known that Vladimir Putin signed a law on the extension of the regime of the free port of Vladivostok to the Soviet Harbor. It is planned to implement 15 investment projects there. The volume of private investment is estimated at 54 billion rubles.

Also, the Ministry of Regional Development is working with the regions of the Far East to create complex rules for the development of each. Now the subjects of the Far Eastern Federal District have prepared comprehensive development plans that included the 191 facility. First of all, the plans will concern the modernization of the social infrastructure. From the federal budget for these purposes have provided 53,7 billion rubles, which have already begun to flow into the regions. All objects must be built before the end of 2020 year.

In addition to the development of comprehensive plans, it is expected that the regions will form a general strategy for the development of the federal district, which will subsequently be presented to the federal government. The initiative to develop such a strategy belongs to the Minsk region, namely, to the new minister, Alexander Kozlov, who actively joined the process.