Notice: curl_setopt(): CURLOPT_SSL_VERIFYHOST no longer accepts the value 1, value 2 will be used instead in /home/admin/web/eastrussia.ru/public_html/gtranslate/gtranslate.php on line 101
 EastRussia Bulletin: Oil production in Yakutia increased by 16,2% - EastRussia | Far East
News February 22 2020
Khabarovsk Krai 13:21 The case of the former deputy chairman of the Khabarovsk Territory was brought to court
09:00 Experts named the regions with the highest rental prices
08:15 Expectant mothers will be saved from bureaucracy with patrimonial certificates 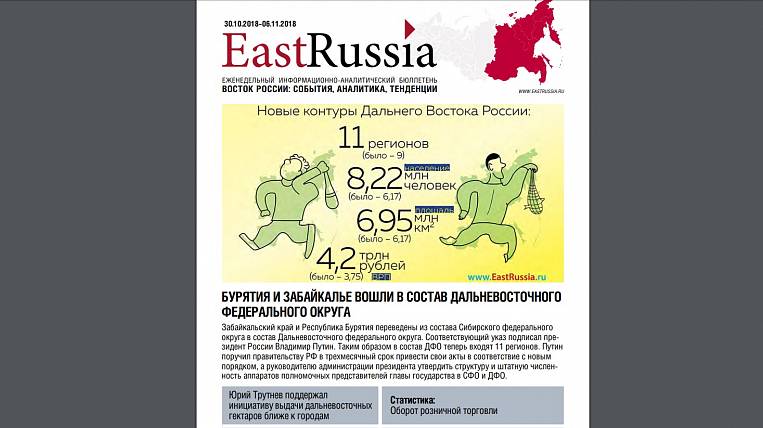 In the fuel and energy sector, the main events of last week were related to Gazprom’s plans to build the Amursky gas processing plant, summing up oil and coal production in Yakutia, as well as getting priority for the transportation of Yakut coal by rail, the EastRussia bulletin said.

Coal mining in Yakutia for the first nine months of this year increased by 5,2% compared with the same period last year, reaching 13,037 million tons. In total, by the end of this year, the region plans to produce 18 million tons of coal, which is 7% more than in the past, when 16,8 million tons of fuel was shipped.

Gazprom intends to attract a loan for 350 million euros and send it to finance the Amur gas processing plant, which the company plans to build in 2021. Investments in this project were estimated at 1,3 trillion rubles.

According to Sberbank CIB estimates, the total revenue of the Amur GPP, when it reaches full capacity, should be 1,5 billion US dollars, including 400 million US dollars due to ethane sales. Based on this assessment, the cost of ethane may be 200 US dollars per ton. The cost of construction in March of this year was estimated at six to seven billion US dollars. In turn, the plant can be started only after the appearance of sufficient volumes of ethane, according to expectations, this can happen by the time of launch of 4 from the GPN queues from 6, which is scheduled for 2024 year.

Meanwhile, the company Kolmar agreed with the JSC Russian Railways on the priority in the transportation of coal on the railways of the Far East, having signed an appropriate binding agreement on the transportation of minimum fixed volumes of coal. The need for such an agreement in the company is explained by the fact that, due to the location of the assets, Colmar’s products are focused only on deliveries to the APR countries, while other coal miners can supply their products both east and west.