Notice: curl_setopt(): CURLOPT_SSL_VERIFYHOST no longer accepts the value 1, value 2 will be used instead in /home/admin/web/eastrussia.ru/public_html/gtranslate/gtranslate.php on line 101
 EastRussia Bulletin: Head of Transbaikalia wants to strip several officials and deputies of office - EastRussia | Far East
News 02 April 2020
Chukotka 10:36 Entrepreneurs will receive a lease delay in Chukotka
Khabarovsk Krai 10:08 Khabarovsk Territory lacks 658 beds for the fight against coronavirus
The Republic of Sakha (Yakutia) 09:42 In Yakutia introduced a mandatory analysis for coronavirus

EastRussia Bulletin: The Head of Transbaikalia wants to strip several officials and deputies 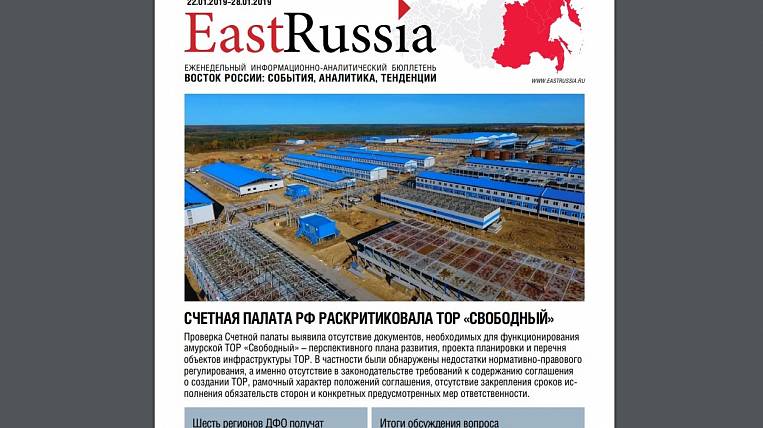 In the Trans-Baikal Territory, Governor Sergey Levchenko, within the framework of the announced policy of fighting corruption offenses, is attempting to deprive the posts of individual local deputies and municipal heads, the latest published issue of the EastRussia bulletin says.

The head of the region appealed to the Irkutsk City Council with a statement about the termination of the authority of the deputy of the Duma, Reznikov, in connection with a possible violation of the law “On Countering Corruption”. This issue was included on the agenda of the January 31 Duma meeting. At the same time, Reznikov planned to be re-elected in the district No. XXUMX, which Krasnoshtanov also claims - the son of the State Duma deputy from the Irkutsk Region and a businessman-builder, who is loyal to Levchenko.

Meanwhile, the deputies of the Duma of the Urikovsky municipal formation refused to dismiss the head of the municipality of Poberezhny. The governor introduced the corresponding proposal at the end of 2018 in connection with the unreliable information about incomes and property. Their members of the commission on the statute, regulations, and deputy ethics were considered insignificant and of a technical nature. According to the deputies, they were based on an incorrect interpretation of the requirements for filling out income and expenditure certificates.

In total, by order of the governor, inspections will be conducted in relation to 12 heads of local administrations and deputies of local dumas of the Irkutsk region in connection with possible violations of the norms of anti-corruption legislation.