Notice: curl_setopt(): CURLOPT_SSL_VERIFYHOST no longer accepts the value 1, value 2 will be used instead in /home/admin/web/eastrussia.ru/public_html/gtranslate/gtranslate.php on line 101
 EastRussia bulletin: head of Irkutsk region again accused of illegal hunting - EastRussia | Far East
News March 29 2020
12:17 Russia will close all borders due to coronavirus
The Republic of Sakha (Yakutia) 12:00 15 cases of coronavirus confirmed in Yakutia
Amur Region 11:47 The first case of coronavirus appeared in the Amur region


Primorsky Krai 11:09 In kindergartens of Primorye, duty groups for quarantine will open
Sakhalin Region 10:38 Tourists from Thailand will be quarantined in the resort of Sakhalin
More news
Media News2
HOME News 10.01.2019 10:53

EastRussia bulletin: the head of the Irkutsk region is again accused of illegal hunting 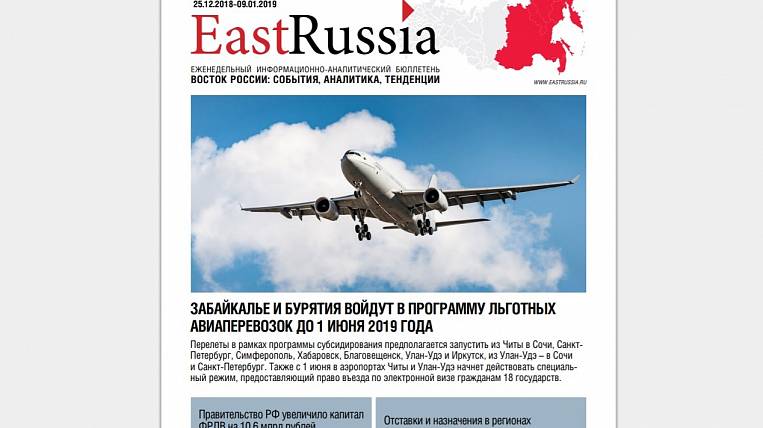 In the Prosecutor General's Office intend to establish the fact of the involvement of the governor to commit a crime. The video, which captures the governor's hunt for a bear, was published in September on the eve of elections to the regional Legislative Assembly and caused a public outcry. However, then law enforcement officers did not find the corpus delicti in the actions of Levchenko - SU TFR in the Irkutsk region issued a resolution refusing to initiate a criminal case due to the absence of corpus delicti.

However, on the eve of the holidays, Levchenko’s criticism took the form of a custom-made political campaign — the story of the hunt was actively broadcast by the federal media. Sergei Levchenko refused to give detailed comments on the situation, saying that the hunt was legal, not poaching, as stated in the sounding accusations. At the same time, a special emphasis in media reports was placed not only on the fact of hunting for a bear in the den, but also on the fact that the head of the region allegedly teaches children, his grandson, who is also present in the published video.

An information campaign was launched shortly after the adoption of the federal law on the responsible handling of animals, the pet-defenders offered to apply the punishment for non-compliance with the Irkutsk governor. Supporters of the governor associate the return to the plot on illegal hunting at the federal level with an intention to lower Sergei Levchenko’s rating among the population, given also that the governor was elected from the CPRF. In addition, the activities of the head of the region earlier attracted the attention of the antimonopoly service, in connection with the plans to sell the airport of Irkutsk to a private investor.