Notice: curl_setopt(): CURLOPT_SSL_VERIFYHOST no longer accepts the value 1, value 2 will be used instead in /home/admin/web/eastrussia.ru/public_html/gtranslate/gtranslate.php on line 101
 EastRussia Bulletin: oil companies blame small market participants for rising fuel prices in the Far East - EastRussia | Far East
News February 22 2020
Khabarovsk Krai 13:21 The case of the former deputy chairman of the Khabarovsk Territory was brought to court
09:00 Experts named the regions with the highest rental prices
08:15 Expectant mothers will be saved from bureaucracy with patrimonial certificates 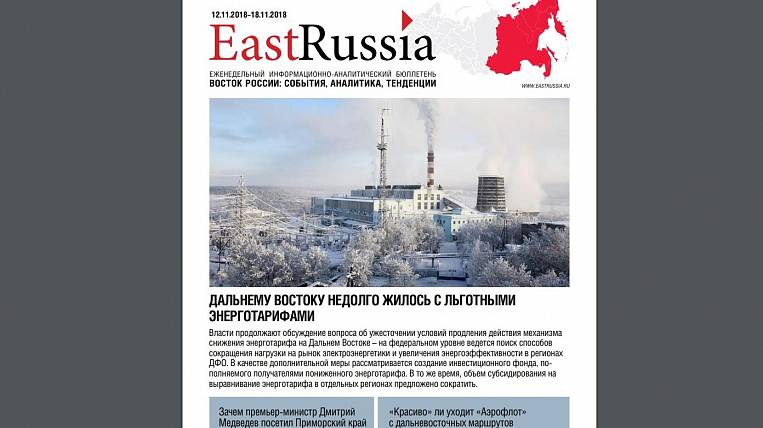 Against the background of ongoing discussions around the rise in fuel prices in the Russian regions, representatives of large fuel companies opposed small market participants, blaming the latter for rising fuel prices in the eastern regions, the latest published issue of the EastRussia bulletin says.

Rosneft, currently the largest supplier of fuel to the Russian market, has completely stopped the sale of motor fuel at the St. Petersburg International Commodity and Raw Materials Exchange, where buyers are mainly independent market participants - not owned by major gas station companies and traders. The subsequent rise in prices for all types of fuel, representatives of the Independent Fuel Union, which unites independent networks of gas stations and traders, associated with the departure from the Rosneft exchange, warning that the situation could cause fuel shortages in Eastern Siberia and the Far East, as the owners of local networks will not to buy fuel on the basis of Rosneft within the macroregion.

Rosneft does not agree with this accusation, stressing that the company fulfills its obligations to supply 10% of the produced fuel to the exchange, but is not bound by its obligations to trade on the exchange every day. The discontent of the independent players in Rosneft is associated with their desire to maintain a monopoly position in a number of regions and to justify the overpricing.

According to the head of Rosneft, Igor Sechin, in the whole country the share of independent networks does not exceed 30%, nevertheless, in some regions, mainly located in the eastern part of the country, independent gas stations form monopoly dominant structures with well-established supply chain to increase the cost of fuel. As an example of such a region, the head of the company cited Primorsky Krai. Rosneft’s position is shared by the friendly Independent Oil and Gas Company (NOC) Hudainatova, one of the largest players in the retail market of the Far East. The company sent a letter to the head of the Federal Antimonopoly Service with a request to analyze the actions of independent gas stations and their pricing policies. In particular, it is proposed to check the legality and validity of pricing among representatives of independent retail in the Primorsky, Kamchatka, Khabarovsk Territories, the Amur Region.

The owners of small gas station chains, in turn, seek to refute allegations of market monopolization in the Far Eastern regions and speculative overpricing, indicating that vertically integrated companies themselves create conditions in which small players are forced to raise the price to avoid significant losses. Detailed analytics on this and other relevant topics can be found in EastRussia Weekly Newsletter.

The Republic of Sakha (Yakutia) Bestas or not Bestas?

Next year, Yakutia will receive a full-function railway, which will approach almost the capital of the republic