Notice: curl_setopt(): CURLOPT_SSL_VERIFYHOST no longer accepts the value 1, value 2 will be used instead in /home/admin/web/eastrussia.ru/public_html/gtranslate/gtranslate.php on line 101
 EastRussia Newsletter: Nordgold wants to sell its assets in Buryatia - EastRussia | Far East
News January 27 2020
Sakhalin Region 02:18 Cut off from the shore 600 fishermen rescued on Sakhalin
02:00 More foreigners will be able to come to the Far Eastern Federal District on an electronic visa
January 26 2020
22:15 Chinese epidemiologists named the source of coronavirus

EastRussia Newsletter: Nordgold wants to sell its assets in Buryatia 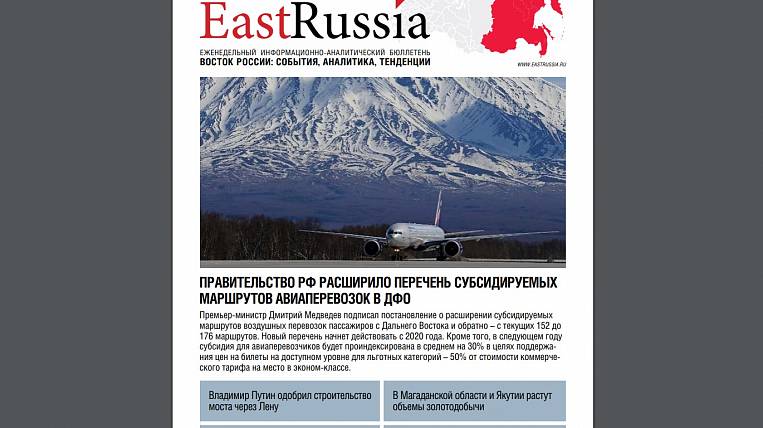 Nordgold is considering selling its gold mining assets in Buryatia - the Zun-Kholbinsky and Irokindinsky mines. The plans relate to depletion of reserves of developed deposits and a decrease in the gold grade in ore, the next published issue of the EastRussia newsletter says.