Notice: curl_setopt(): CURLOPT_SSL_VERIFYHOST no longer accepts the value 1, value 2 will be used instead in /home/admin/web/eastrussia.ru/public_html/gtranslate/gtranslate.php on line 101
 EastRussia Bulletin: Sakhalin will be added to the development of the Kuril Islands instead of part of the oil and gas revenues - EastRussia | Far East
News January 20 2020
Sakhalin Region 15:54 Minimum wage agreements will begin to conclude on Sakhalin
Khabarovsk Krai 15:45 Power engineers cannot restore electricity supply in BAM villages
Primorsky Krai 15:29 Graduates of orphanages received apartments in Primorye

EastRussia Bulletin: Sakhalin will be added to the development of the Kurils instead of a part of oil and gas revenues 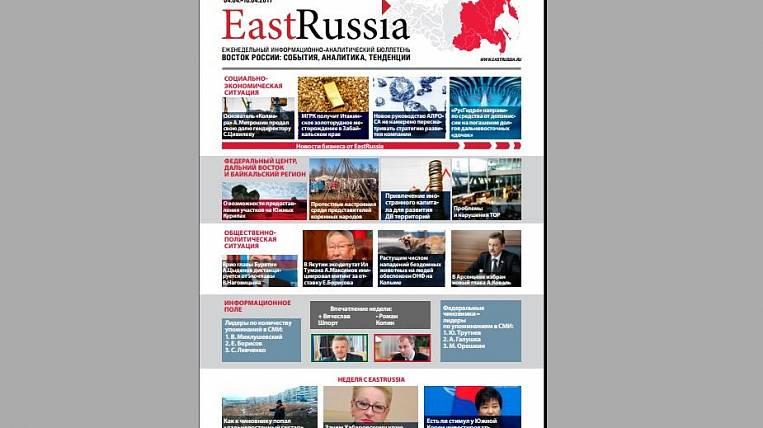 Photo: EastRussia
Against the background of the discussion of the proposal of the Russian government to redistribute part of the oil and gas revenues of the Sakhalin Oblast budget in favor of the center, there was an increase in federal funding for the development of the Kuril Islands in the coming years, the next published issue of the EastRussia bulletin says.

The Russian government has increased funding for the federal target program “Development of the Kuril Islands for 2016-2025 years” with 69,6 billion rubles. to 80,9 billion rubles. - on 11,3 billion rubles. As a result, new social facilities will be built. In particular, the commissioning of an emergency rescue center for monitoring and forecasting emergencies is envisaged, as well as the construction of schools on the islands of Shikotan, Kunashir and Iturup. The program takes into account the need to repair the Yuzhno-Kuril Central Regional Hospital and the reconstruction of the hospital in Yuzhno-Kurilsk. It is also planned to create a site for a general practitioner in the village of Malokurilskoye on Shikotan Island - now the doctor accepts it in a dilapidated building. In addition, they must build an obstetric point in the village of Dubovoye. Now it is located in one of the apartments with stove heating. The building of the only hospital in Severo-Kurilsk does not meet the requirements of seismic resistance. It also provides for an increase in funding for the program to create transport, tourism and engineering infrastructure at the expense of extrabudgetary sources by 11,1 billion rubles.

The increase in funding for the Kuril Federal Targeted Program is taking place against the background of discussions about the feasibility of withdrawing oil and gas revenues from Sakhalin’s budget in favor of the center. After concerns expressed by Sakhalin politicians about the likely disruption of the fulfillment of social obligations to the population, as well as after statements about catastrophic consequences for the Kuril program, which was actually shifted to the regional budget a year ago, the government decided to allocate additional funds to the federal program. This decision is aimed at neutralizing part of the arguments of regional authorities, leading the struggle to preserve the income of the Sakhalin region.

A detailed analysis of this and other relevant topics can be found in the weekly bulletin EastRussia (https://www.eastrussia.ru/subscribe/).
Tags: EastRussia Bulletin Russian government subsidies to DFO regions redistribution of oil and gas revenues of Sakhalin FTP “Development of the Kuril Islands for 2016-2025 years”
Related News: