Notice: curl_setopt(): CURLOPT_SSL_VERIFYHOST no longer accepts the value 1, value 2 will be used instead in /home/admin/web/eastrussia.ru/public_html/gtranslate/gtranslate.php on line 101
 EastRussia Bulletin: US sanctions threaten to become an obstacle to the supply of MS-21 abroad - EastRussia | Far East
News 02 April 2020
Amur Region 02:00 Self-isolation regime for visitors from other regions introduced in the Amur region
01 April 2020
Jewish Autonomous Region 14:50 Quarantine mode introduced in EAO
Jewish Autonomous Region 14:22 The supply of 500 thousand medical masks from China is expected in the EAO


14:05 Symptoms of a coronavirus concern those who apply to the Sberbank hotline
Chukotka 13:08 The list of organizations operating during the quarantine period was expanded in Chukotka
13:06 Otkritie Bank will give credit holidays to victims of coronavirus
Kamchatka 12:45 Visitors from the mainland will be checked by doctors in Kamchatka
12:18 Half of the inhabitants of the regions do not have a financial pillow for unemployment

EastRussia Bulletin: US sanctions threaten to become an obstacle to the supply of MS-21 abroad 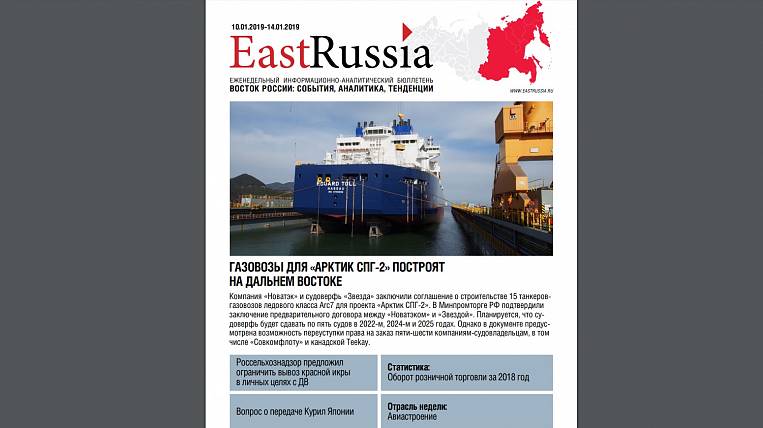 In the aircraft manufacturing enterprises of the Far East in recent years, the civil branch of the industry has been gradually developing. Among the major projects in this area is the production of MS-21 passenger liners and Baikal light aircraft. A problem for the development of projects is US sanctions, which can impede the supply of products abroad, and also create complications in the purchase of imported components, the latest published issue of the EastRussia bulletin says.

PJSC Corporation "Irkut" together with the OKB im. A.S. Yakovlev continues to implement the civil program for the release of medium-range narrow-body airliners MC-21 (“Main plane of the 21 century”). Now the key to today's tribute to the project of the Russian civil aviation industry there are a number of problems. Due to the unavailability of individual units, the planes are scheduled to begin to be delivered to the Russian market only in the second half of 2020. At the request of Irkut, the certification of MC-21 Rosaviation, confirming compliance of the aircraft with airworthiness standards, originally scheduled for May 2019, was postponed until July of 2020. In Europe, the aircraft will be able to receive a certificate not earlier than the end of the 2021 of the year, since the certification in EASA has been moved to December of the 2021.

At the same time, more than 158 billion rubles have already been allocated for the implementation of the Irkut project, the total cost of the project up to 2025 of the year is estimated at 437,4 billion rubles. To prevent the development of the project can the US sanctions in respect of JSC "Aerocomposite" (included in the UAC) and JSC "ONPP" Technology "them. Romashina (“Rostec”), as a number of components for composites used in the creation of the composite “black wing” and part of the keel, were supplied from the USA and Japan (components manufactured by American Hexcel and Japanese Toray Industries). KLA and Rostec may need to look for the possibility of producing analogs in Russia or using Chinese composites, which, however, are twice as thick and heavier, or it will be necessary to replace the composites with a metal.

Among the problems of the project is also the possible refusal of EASA to recognize the results of certification in Russia, which is why Irkut may have to pay for the test cycle in Europe. Uncertainty in the issue of certification serves as a limit to the possibility of negotiating with potential foreign buyers. While the beginning of the commercial supply of MC-21 is scheduled for the beginning of 2020 year. The aircraft will be offered to customers with two engine options.