Notice: curl_setopt(): CURLOPT_SSL_VERIFYHOST no longer accepts the value 1, value 2 will be used instead in /home/admin/web/eastrussia.ru/public_html/gtranslate/gtranslate.php on line 101
 EastRussia Bulletin: the cost of building the Artyomovskaya CHPP has caused controversy - EastRussia | Far East
News February 25 2020
Irkutsk Region 12:03 Baikal region is preparing for forest fires and floods
Sakhalin Region 11:02 Korean airlines plan to fly to Sakhalin
Sakhalin Region 10:21 The prosecutor’s office will check the incident with aircraft landing gear damage on Sakhalin

EastRussia Bulletin: the cost of building the Artyomovskaya CHPP has caused controversy 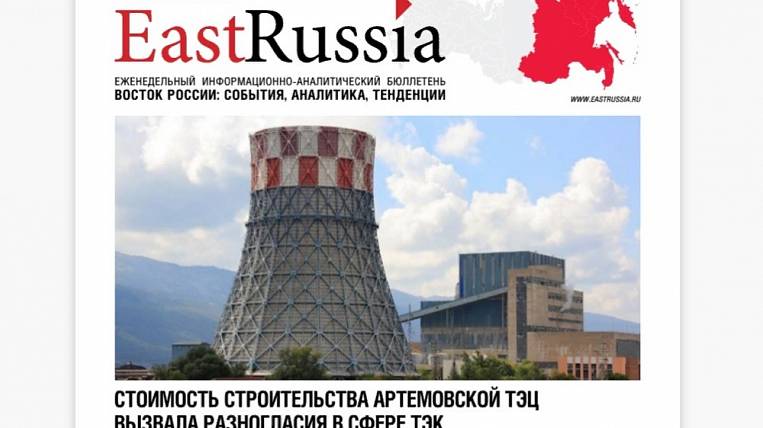 The cost of building the Artyomovskaya CHPP-2 at 420 MW in the Primorsky Territory has been called into question. The Community of Energy Consumers asked Deputy Prime Minister Dmitry Kozak to conduct an independent technological and price audit of the construction of the facility, according to the next published issue of the EastRussia newsletter.

According to industrialists, RusHydro chose a construction site that was not optimal in cost, which raised costs by 15%. At the same time, CAPEX turned out to be almost equal to investments in the construction of new nuclear power units.

The construction of a new RusHydro CHPP estimated at 91,2 billion rubles. Now it is the most expensive holding project planned to be built in the Far East until 2025. RusHydro intends to ensure renewal of Far Eastern generation capacities due to a premium on the wholesale energy market, which will be introduced for RusHydro projects in the Far Eastern Federal District with a guaranteed yield of 12,5%. For this reason, the probability of overpricing the cost of upgrading capacities causes concern among large consumers. Detailed analytics on these and other relevant topics can be found in EastRussia Weekly Newsletter

Primorye may not have enough land for the "Far Eastern mortgage"