Notice: curl_setopt(): CURLOPT_SSL_VERIFYHOST no longer accepts the value 1, value 2 will be used instead in /home/admin/web/eastrussia.ru/public_html/gtranslate/gtranslate.php on line 101
 EastRussia Newsletter: Zvezda to Build 4 More LNG Carriers for Arctic LNG 2 - EastRussia | Far East
News 01 April 2020
Chukotka 13:08 The list of organizations operating during the quarantine period was expanded in Chukotka
13:06 Otkritie Bank will give credit holidays to victims of coronavirus
Kamchatka 12:45 Visitors from the mainland will be checked by doctors in Kamchatka 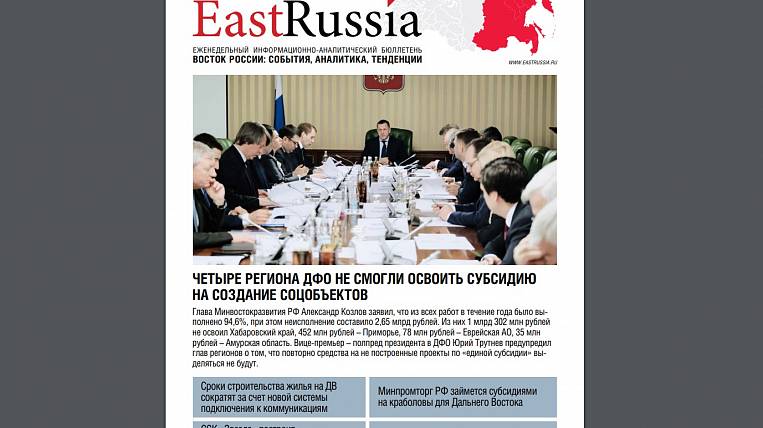 Seaside shipyard Zvezda has concluded another agreement with VEB.RF on financing the construction of gas tankers for the NOVATEK LNG project. We are talking about four Arc7 vessels for the Arctic LNG 2 project, according to the next published issue of the EastRussia newsletter.

Also, long-term time-charter agreements with Arctic LNG 2 were signed by SMART. According to the conditions, gas carriers are supposed to be delivered to the customer in 2023. In general, VEB.RF approved financing for the construction of 15 vessels for five billion US dollars under a leasing scheme.

The technical partner of the Stars in the construction of gas carriers will be Samsung. In March of this year, it is expected to sign a contract for the construction of another ten gas carriers on the Zvezda, which are due to be delivered by 2025. NOVATEK also announced plans to place orders for another 2030-15 tankers at the seaside shipyard until 17.