Notice: curl_setopt(): CURLOPT_SSL_VERIFYHOST no longer accepts the value 1, value 2 will be used instead in /home/admin/web/eastrussia.ru/public_html/gtranslate/gtranslate.php on line 101
 Former prisoner of whale prison spotted among relatives - EastRussia | Far East
News January 18 2020
The Republic of Sakha (Yakutia) 10:33 A private concessionaire was chosen for the construction of a bridge across the Lena
January 17 2020
17:43 Banks reduce mortgage requirements
14:30 Putin's rating increased after the announcement of the message


Irkutsk Region 07:08 4 billion rubles will be required for the resettlement of floaters in the Angara region
06:46 The human factor could cause an emergency with SSJ 100 in Domodedovo
More news
Media News2
HOME News 20.08.2019 08:51

Former prisoner of a whale prison was noticed among relatives 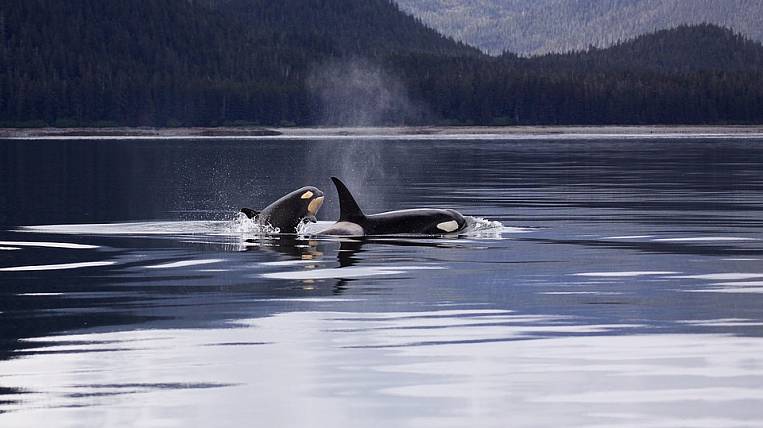 One of the killer whales, freed from the "whale prison" in Primorye, was noticed in a group of relatives near the Shantar Islands. Greenpeace experts consider this a unique proof of the adaptive abilities of whales and a real discovery in world science.

As the Interfax, environmentalists are watching the killer whale, which before releasing set a satellite mark on the outside. Now she is in the Gulf of Constantine, along with other cetaceans. Scientists say that for the first time in the world they have received clear evidence that, having lived in captivity, these marine animals can again adapt to their natural habitat.

Specialists monitor other released killer whales. 81 beluga whales and two killer whales still remain in captivity. The fourth issue of prisoners of the “whale prison” was in jeopardy due to Amur flood. This situation is very worrying for scientists who are afraid that they will not have time to release all the animals before the onset of winter in the Sea of ​​Okhotsk.