Notice: curl_setopt(): CURLOPT_SSL_VERIFYHOST no longer accepts the value 1, value 2 will be used instead in /home/admin/web/eastrussia.ru/public_html/gtranslate/gtranslate.php on line 101
 Chukotka to present clean energy projects at WEF - EastRussia | Far East
News January 24 2020
17:27 In Russia, they want to reduce the tax for receiving accumulated pension
16:04 Russian cadets will take part in the celebration of the Republic of India Day
15:08 The enterprises of the military-industrial complex will write off debts


Khabarovsk Krai 06:19 Global cultivation of ginseng will be in the Khabarovsk Territory
06:00 Experts have calculated savings on a mortgage with Putin's support measures
More news
Media News2
HOME News 12.08.2019 11:59 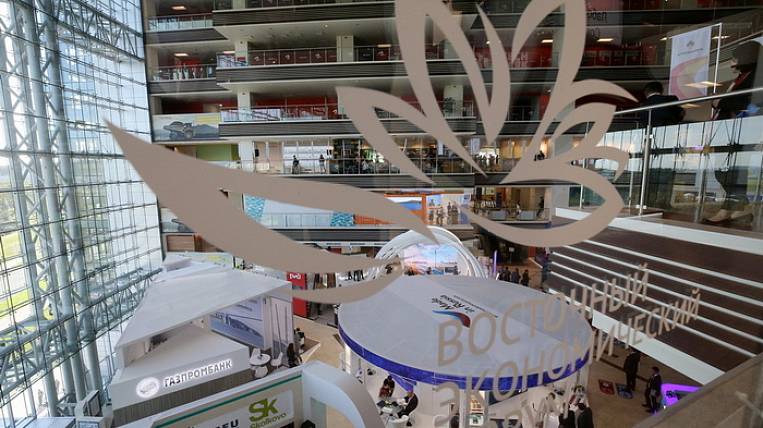 During the fifth WEF Chukotka will take part in the exhibition “Street of the Far East”. The region will present three pavilions to the guests of the forum on investment potential, national culture and the development of the district’s energy sector.

Clean energy came to Chukotka together with the world's first floating nuclear power plant, Akademik Lomonosov. Thanks to the exposition, guests of the Eastern Economic Forum will be able to find out what a nuclear reactor looks like and get acquainted with the safety program and environmental aspects of the power unit.

In another pavilion, which will be made in the form of a flag of the region, the creators will present the investment potential of the Chukotka Autonomous Okrug. Including the unique Baimka project for the development of large ore deposits, with which the future of Chukotka is associated.

Another pavilion will be called the “Book of the Sea” and will tell the forum guests about the national culture and tourism potential of the district. Here you can see photos and replicas of objects found during the study of the ancient Eskimo settlement, as well as listen to the performance of the artists of the state Chukchi-Eskimo ensemble “Ergyron”.

From 3 to 6 September, the exhibition "Street of the Far East" will work for participants in the Eastern Economic Forum. On 7 of September, they will conduct an excursion for families with children and youth. On September 8, everyone will be able to see the exposition on the embankment of Ajax Bay, on Russky Island.