Notice: curl_setopt(): CURLOPT_SSL_VERIFYHOST no longer accepts the value 1, value 2 will be used instead in /home/admin/web/eastrussia.ru/public_html/gtranslate/gtranslate.php on line 101
 Chukotka: tourism will become a new gold - EastRussia | Far East
News January 18 2020
The Republic of Sakha (Yakutia) 10:33 A private concessionaire was chosen for the construction of a bridge across the Lena
January 17 2020
17:43 Banks reduce mortgage requirements
14:30 Putin's rating increased after the announcement of the message


Irkutsk Region 07:08 4 billion rubles will be required for the resettlement of floaters in the Angara region
06:46 The human factor could cause an emergency with SSJ 100 in Domodedovo
More news
Media News2
HOME News 10.07.2019 19:02 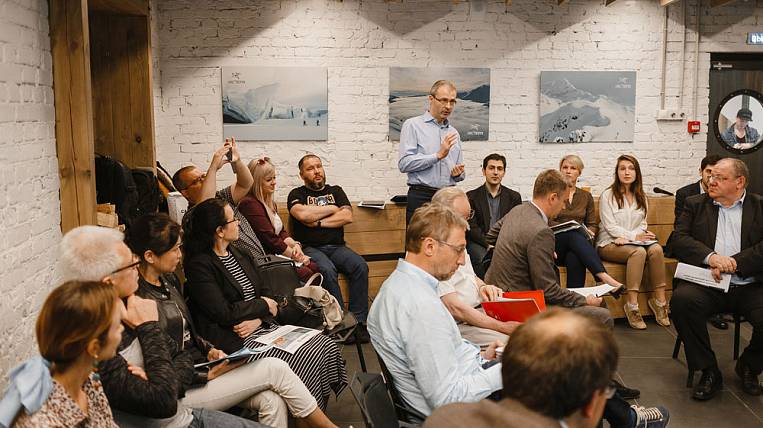 The first stage of discussion of the new Strategy for the development of tourism in Chukotka took place at the discussion platform in Moscow. The event was attended by the governor of the Chukotka Autonomous Region, Roman Kopin, experts in the field of Arctic tourism, business representatives, federal and regional officials.

The draft Strategy for the Development of Tourism in the Chukotka Autonomous Region was presented as part of the expert council. The document should include a set of areas and measures necessary for the dynamic development of the industry, including comprehensive marketing research, identification of promising areas for the development of certain types of tourism, analysis of opportunities for Chukotka Autonomous Region participation in federal programs and initiatives that have a direct and indirect effect on tourism development.

As a result of the presentation, invited experts expressed their opinions and suggested new ideas for the development of the industry in the region.

“Over the past years, many large-scale projects have been implemented in the region, including in the area of ​​subsoil use. Now we are ready to embark on a comprehensive development of tourist destinations. Tourism is included in the district development strategy up to the 2035 year as a priority. I am very pleased that a large number of experts participate in the work and different opinions are heard, because tourism in Chukotka is a very difficult story, ”said Roman Kopin, Governor of the Chukotka Autonomous Region.

Andrei Kataev, Director General of the FUND Most, while presenting the draft document, noted the need to embed the Strategy being created in those documents that are currently being prepared at the federal level, including Rostourism: “Chukotka has a unique natural, ethnographic, and historical potential. Our achievements reflect the main proposals for the development of the industry in the region. It is very important for us that these proposals be reflected in those programs that are now being prepared by federal agencies. ”

The draft strategy was presented by Leonid Agafonov, Managing Director of PressPass. The Council of Experts was presented with events aimed at the development of transport infrastructure, initiatives for the development of new tourist facilities and destinations, ideas on event tourism, and a brief overview of promising government support measures.

“If the governor finds time to participate in such events, then the question for the region is definitely important,” said Yevgeny Kudelya. According to the expert, the region is of great interest for the development of the tourist services market, and many projects can receive government support. Among such projects are socially significant events, projects related to history and environmental activities.

According to the PCT President Sergey Shpilko, when developing a strategy, it is important to focus on modern investors and work out projects in detail. “For a serious investor today, not only economic aspects are important, but also environmental issues, the social sphere. Without adhering to the principles of sustainable tourism, it is impossible to attract a strong international player. ”

According to the results of the expert council, the draft Strategy for the development of tourism in the Chukotka Autonomous Region will be supplemented by new measures and proposals and presented at the second stage of the discussion - already in Chukotka. At the beginning of September, a presentation of the final version of the Strategy was announced at the Eastern Economic Forum in Vladivostok.
Tags: Chukotka tourism Roman Kopin strategy
Related News:

About the diversification of Chukotka's economy, about what the impetus for its development can give the reduction of energy tariffs, argues the governor Roman Kopin