Notice: curl_setopt(): CURLOPT_SSL_VERIFYHOST no longer accepts the value 1, value 2 will be used instead in /home/admin/web/eastrussia.ru/public_html/gtranslate/gtranslate.php on line 101
 Gas terminal and bunker station to be built in Chukotka - EastRussia | Far East
News 04 April 2020
03:00 Coronavirus in the Far East: information on the morning of April 4
03 April 2020
The Republic of Sakha (Yakutia) 15:37 To reduce the down payment on the Far Eastern mortgage offer in Yakutia
Khabarovsk Krai 15:14 Duty groups will open in kindergartens of Khabarovsk 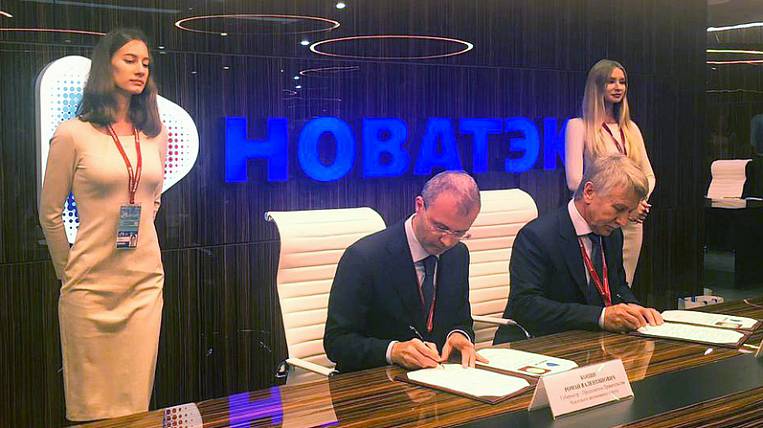 The head of the Chukotka Autonomous Region, Roman Kopin, entered into an agreement with one of the largest natural gas producers, NOVATEK. The document provides for the use of fuel in three areas at once: the generation of electricity for industrial enterprises, the creation of a gas terminal and a bunkering station in Pevek, as well as the use of natural gas for automobile transport.

Roman Kopin called this agreement extremely important for the region, as it will help the active development of shipping in the eastern sector of the Arctic and will significantly reduce emissions of harmful substances into the atmosphere. The start of projects is planned for the 2020 year.

According to the press service of the regional government, the delivery of liquefied natural gas will take only three days. This is a big difference compared to a diesel delivered in two weeks from Murmansk and in 21 day from Nakhodka. In addition, the cost of LNG for delivery is two times cheaper, better and operational characteristics.

The total investment in all three areas will be more than 90 billion rubles. The agreement provides for the construction in Pevek of an LNG terminal for the bunkering of vessels navigating along the Northern Sea Route, the replacement of the Chaun TPP operating on coal with a 70 MW gas engine station, which can also replace the FNPP during periods of fuel reload.

Entrepreneurs will receive a lease delay in Chukotka