Notice: curl_setopt(): CURLOPT_SSL_VERIFYHOST no longer accepts the value 1, value 2 will be used instead in /home/admin/web/eastrussia.ru/public_html/gtranslate/gtranslate.php on line 101
 Slightly more than half of Russians would like to see Putin as president again - EastRussia | Far East
News 01 April 2020
Jewish Autonomous Region 14:50 Quarantine mode introduced in EAO
Jewish Autonomous Region 14:22 The supply of 500 thousand medical masks from China is expected in the EAO
14:05 Symptoms of a coronavirus concern those who apply to the Sberbank hotline

Only 54% of Russians want to see Vladimir Putin as president after 2024, when his term expires. This is reported by experts of the Levada Center, who conducted the survey.

The presidential rating fell last year, after the pension reform. For comparison "Vedomosti" cite the 2017 data of the year when Putin wanted to see 67% of the respondents as head of state.

43% of people answered that they trusted the current president because they did not see an alternative. And only 24% hope that he can solve the problems of the country. According to experts, the most critical to Putin are citizens aged from 25 to 30 years.

Sociologists: Russians are ready to support Putin in the next election 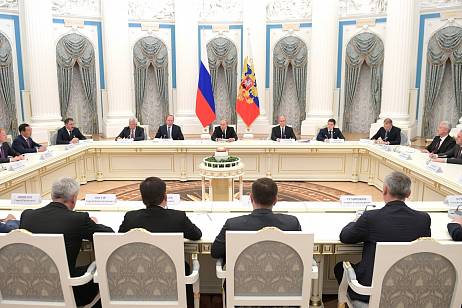 Analytics Far Eastern governors: their own against others

EastRussia sums up reshuffle in the Far East in 2018