Notice: curl_setopt(): CURLOPT_SSL_VERIFYHOST no longer accepts the value 1, value 2 will be used instead in /home/admin/web/eastrussia.ru/public_html/gtranslate/gtranslate.php on line 101
 Dams began to be dismantled in Khabarovsk - EastRussia | Far East
News January 24 2020
17:27 In Russia, they want to reduce the tax for receiving accumulated pension
16:04 Russian cadets will take part in the celebration of the Republic of India Day
15:08 The enterprises of the military-industrial complex will write off debts


Khabarovsk Krai 06:19 Global cultivation of ginseng will be in the Khabarovsk Territory
06:00 Experts have calculated savings on a mortgage with Putin's support measures
More news
Media News2
HOME News 04.10.2019 10:39

Dams began to be dismantled in Khabarovsk 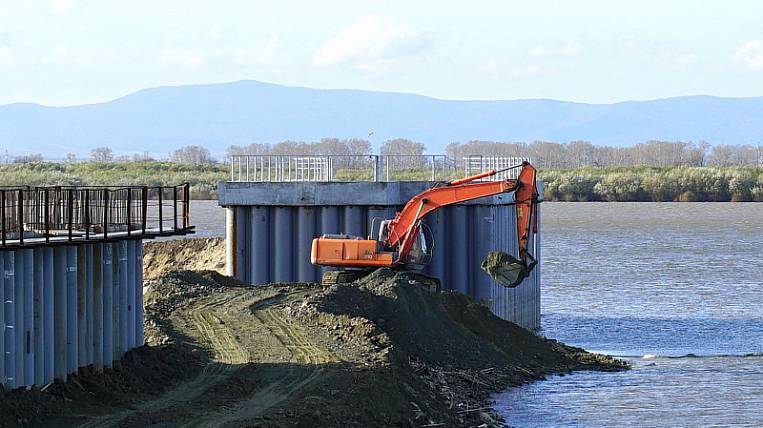 In Khabarovsk, they began to dismantle dams built during the flood situation in the region. Until mid-October, four bulk structures are to be dismantled.

According to the press service of the city administration, the first one is to liquidate the dam in the area of ​​the backwash in order to open the way for ships. Navigation ends, riverboats should have time to prepare the fleet for winter. The embankment is dismantled using ten heavy vehicles and an excavator.

Under the contract, it is necessary to completely dismantle bulk structures in Khabarovsk by October 15. The cost of work is estimated at 7,5 million rubles.

In total in the region after passing cyclones and rain flood flooded xnumx residential houses in 61 village, 528 household plots and about 1 800 cottages. In the region continues to operate Emergency modehowever already river traffic resumed with China. Also from 14 September are celebrated suburban river transport. Now the water level is steadily declining. According to experts, the Amur will reach long-term average values ​​and will return to the channel by the first decade of October.