Notice: curl_setopt(): CURLOPT_SSL_VERIFYHOST no longer accepts the value 1, value 2 will be used instead in /home/admin/web/eastrussia.ru/public_html/gtranslate/gtranslate.php on line 101
 Playgrounds and sports simulators sent to areas of Transbaikalia - EastRussia | Far East
News January 20 2020
04:02 The media published the income of the new head of government
The Republic of Buryatia 03:40 The head of the Ministry of Natural Resources will be replaced in Buryatia
03:17 WWII veterans will receive increased payments for Victory Day


11:34 Historical maximum energy consumption recorded in the UES of the East
Khabarovsk Krai 11:10 Lenders put forward new requirements for "Asia Forest" in the Khabarovsk Territory
Irkutsk Region 10:44 New direct flights to cities of the Far East will be opened from Irkutsk
Chukotka 10:39 Chukotka will begin to develop local government as part of the association
The Republic of Sakha (Yakutia) 10:21 In Yakutia, they plan to increase the number of IT workers

Playgrounds and sports simulators sent to the areas of Transbaikalia 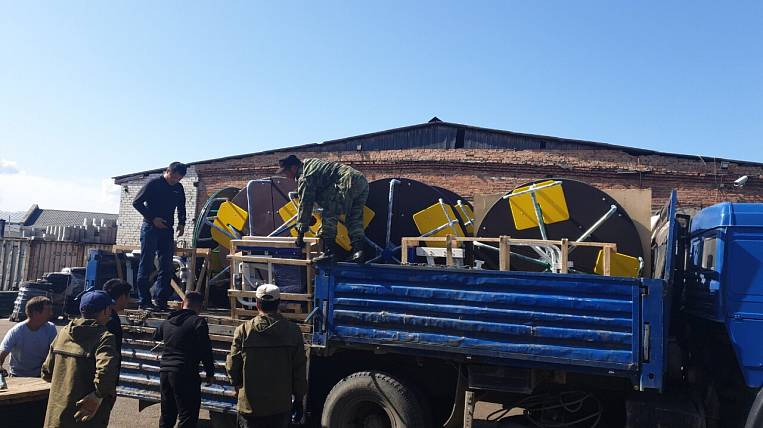 Children's playgrounds and street sports simulators in the near future will receive 4 of the Transbaikal region: Borzinsky, Mogoytuysky, Chernyshevsky and Aginsky. At the moment, the municipalities of the region are provided with 93 sites. “This is the first batch of equipment purchased as part of the implementation of the social development plan of the Economic Growth Centers. In total, 93 venues went to the municipalities: among them are children's roundabouts, hockey boxes, workout platforms with simulators, ”said Alena Nevidimova, Deputy Minister of Energy and Housing and Public Utilities of the region, emphasizing that the task of the district authorities is to install the provided venues as soon as possible.

Earlier it was reported that the manufacturer in Cheboksary was the manufacturer of sports simulators designed for the Trans-Baikal Territory. Its products are exported to 37 countries of the world, and the product warranty is two years.