Notice: curl_setopt(): CURLOPT_SSL_VERIFYHOST no longer accepts the value 1, value 2 will be used instead in /home/admin/web/eastrussia.ru/public_html/gtranslate/gtranslate.php on line 101
 4 vessel to be built for Far Eastern fisheries - EastRussia | Far East
News February 21 2020
Kamchatka 08:38 The brightest ethnic exhibition opened in Petropavlovsk-Kamchatsky
The Republic of Buryatia 07:34 Buryatia will receive 14 billion rubles for bridges and overpasses
Primorsky Krai 07:04 Primorye may not have enough land for the "Far Eastern mortgage" 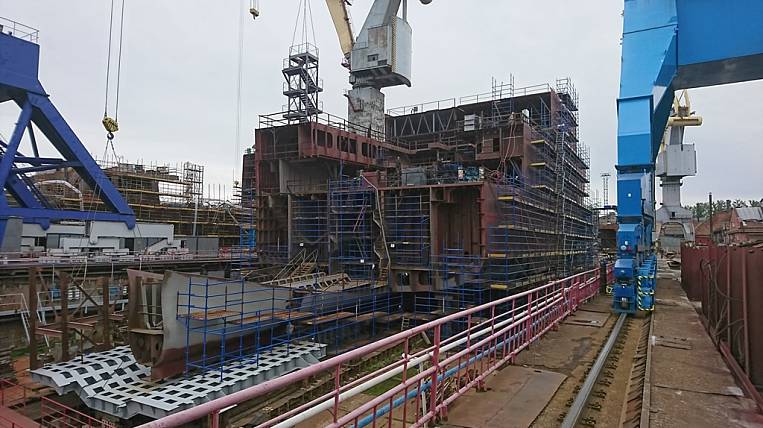 According to the results of the auction for the provision of investment quotas for the projects of the Russian Fishing Company (RRPK), four fishing vessels will be built for the Far Eastern fishery basin. Also, as part of the allocation of quota shares for the company, a coastal plant will be built in the Northern Fisheries Basin.

According to the press service of the company, the new vessels will be built at the Admiralty shipyards in St. Petersburg, where they are already building a series of six vessels for the RRPK. Each is designed to catch and process more than 50 thousand tons of fish per year. The first of the Russian super trawlers will be commissioned in the 2021 year. It is planned to build a plant for processing cod and haddock in Murmansk, where today the RRPK, together with the Agama Group of Companies, is building the Russian Cod enterprise.

According to Fedor Kirsanov, general director of the RRPK, the auction results open up opportunities for expanding the company's investment program. The RRPK has already progressed noticeably in the construction of a series of six super trawlers, as well as two fish processing plants, quotas for which were fixed in the previous rounds of the investment quota program.

“Today we can confidently talk about the effectiveness of the mechanism of investment quotas, thanks to which domestic shipbuilding, the construction of onshore processing facilities are being revived, the fishing fleet that has been waiting for this for several decades is being updated,” said Fyodor Kirsanov.