Notice: curl_setopt(): CURLOPT_SSL_VERIFYHOST no longer accepts the value 1, value 2 will be used instead in /home/admin/web/eastrussia.ru/public_html/gtranslate/gtranslate.php on line 101
 Reduced tickets for northerners began to sell in the Khabarovsk Territory - EastRussia | Far East
News February 29 2020
09:30 Yuri Trutnev: incentives for investors in the Arctic will improve
February 28 2020
Primorsky Krai 11:59 Preparations for WEF 2020 began in Primorye
11:25 Experts have estimated the possible loss of the budget due to the abolition of tax for the poor

Preferential tickets for northerners began to sell in the Khabarovsk Territory 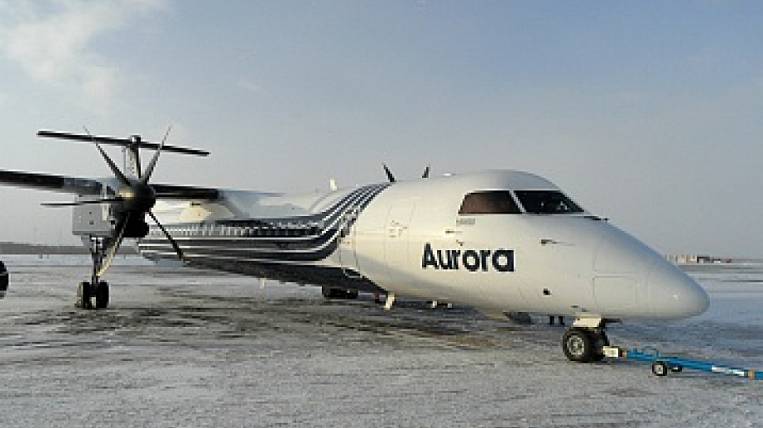 According to the press service of the government of the Khabarovsk Territory, flights are operated daily on Bombardier Q400 aircraft. The preferential rate is available for residents of Ayano-May, Nikolaev, Okhotsk, Tuguro-Chumikansky, Ulchi regions and the Polina Osipenko district. During the year, you can take advantage of the benefit no more than four times.

To purchase a ticket, you must present a passport and a document that confirms permanent residence in one of these northern regions of the region. In addition to Avrora Airlines, subsidized flights from Khabarovsk to Okhotsk, Ayan, Chumikan, Herpuchi, Bogorodskoye, Nelkan and vice versa operate Khabarovsk Airlines. Already sold 482 tickets, in addition, there is an exchange of previously purchased tickets for preferential.

In 2019, the subsidized transportation program for northerners was valid only in the Okhotsk region. In 2020, the regional authorities have expanded her to all the northern regions.