Notice: curl_setopt(): CURLOPT_SSL_VERIFYHOST no longer accepts the value 1, value 2 will be used instead in /home/admin/web/eastrussia.ru/public_html/gtranslate/gtranslate.php on line 101
 Environmentalists will seek the release of killer whales and white whales from Rosprirodnadzor - EastRussia | Far East
News January 18 2020
The Republic of Sakha (Yakutia) 10:33 A private concessionaire was chosen for the construction of a bridge across the Lena
January 17 2020
17:43 Banks reduce mortgage requirements
14:30 Putin's rating increased after the announcement of the message


Irkutsk Region 07:08 4 billion rubles will be required for the resettlement of floaters in the Angara region
06:46 The human factor could cause an emergency with SSJ 100 in Domodedovo
More news
Media News2
HOME News 06.06.2019 13:55 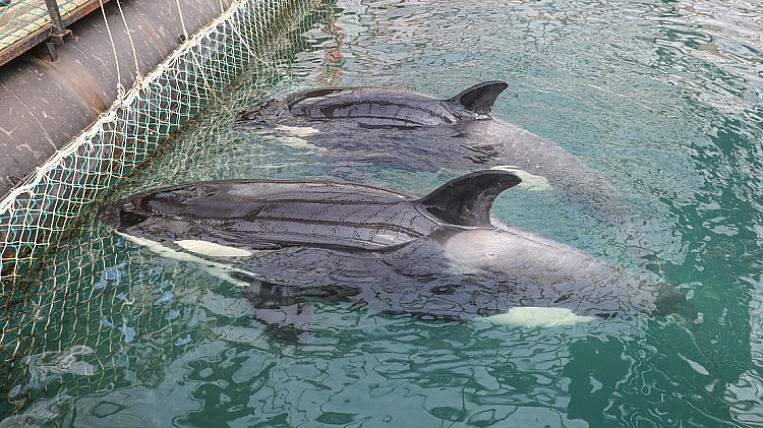 Social activists from the organization “Ekhovakhta Sakhalin” intend to seek from Rosprirodnadzor the release of killer whales and beluga whales from the “whale prison” in Primorye. They have already prepared a complaint against the decision of the South-Sakhalin Court, which last week refused to oblige the agency to release animals to freedom.

As Dmitry Lisitsyn, head of the Sakhalin Environmental Watch public organization, told EastRussia, since the court recognized the distribution of quotas for catching killer whales and beluga whales in the 2018 year to be illegal, this gives every reason for Rosprirodnadzor to initiate an administrative case and withdraw animals from the illegal possession of companies.

Last week, the Yuzhno-Sakhalinsk City Court sided with the community activists from the Sakhalin Environmental Watch organizations, the Boomerang club, and Ocean Friends and acknowledged the granting of quotas for catching killer whales and belugas illegal. The requirements of the plaintiffs to Rosrybolovstvo fully recognized. But the claim to Rosprirodnadzor rejected.

Today, environmentalists have received a reasoned decision of the Yuzhno-Sakhalinsk City Court, which states that aquatic biological resources are the property of the Russian Federation provided to economic entities for use. At the same time, it was noted that traps for cultural and educational purposes are not allowed to sell animals abroad. Thus, all the claims of trapping and that killer whales and beluga whales are crumbling their property.